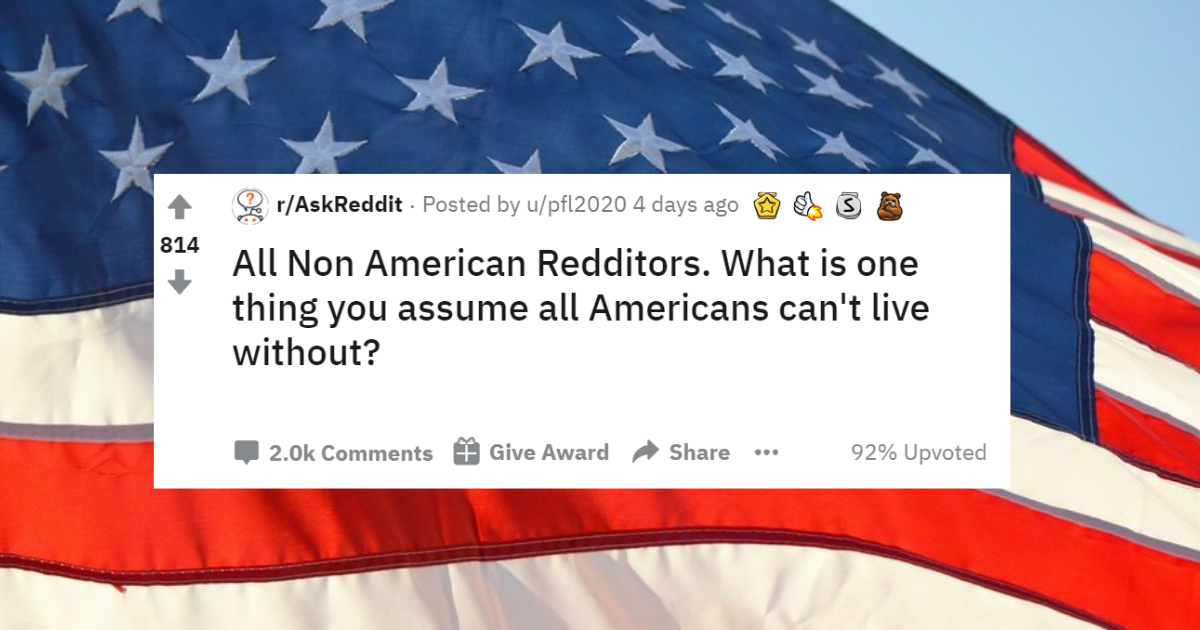 As Americans, we sometimes wonder how the world views us – especially this past year. One Redditor was curious about how people in other countries viewed American necessities, so they posed a question that spawned some interesting responses:

“All Non-American Redditors. What is one thing you assume all Americans can’t live without?”

As Americans, it’s interesting to think this question over on our own. However, it’s way more fun to see what other people’s responses are.

The post was 92 percent upvoted and received 2,000 comments. Below are some of the highlights

Edit: Thanks for the upvotes and the award, this is my most upvoted comment. As for the people who spoke about the size of the country I completely agree. It would be hard for any country as large as the US to make a competent public transport system” – chubbybottle002

“I feel like some of this negative stigma of Americans mostly comes from the American media.” – Kody_GG

edit: RIP my inbox. I live in Australia so I do know about temperature extremes. And we do have gas heating and one wall-mounted AC unit. Nevertheless, fully ducted AC/heating that just runs all the time does seem like a bit of an American thing.” – _not_a_virus_

“Convenience. Where I am from all the shops close early, and things will take days to be delivered. From what I read on hear, it sounds like you can just get whatever you want any time of day.” Fruitloops_for_B

“Constantly reminding everyone that they are a free country” – plsendmysuffering

“Loans or debts of some sort, especially in their younger years. And i think Americans literally can’t live without insurance.” – 500Rtg