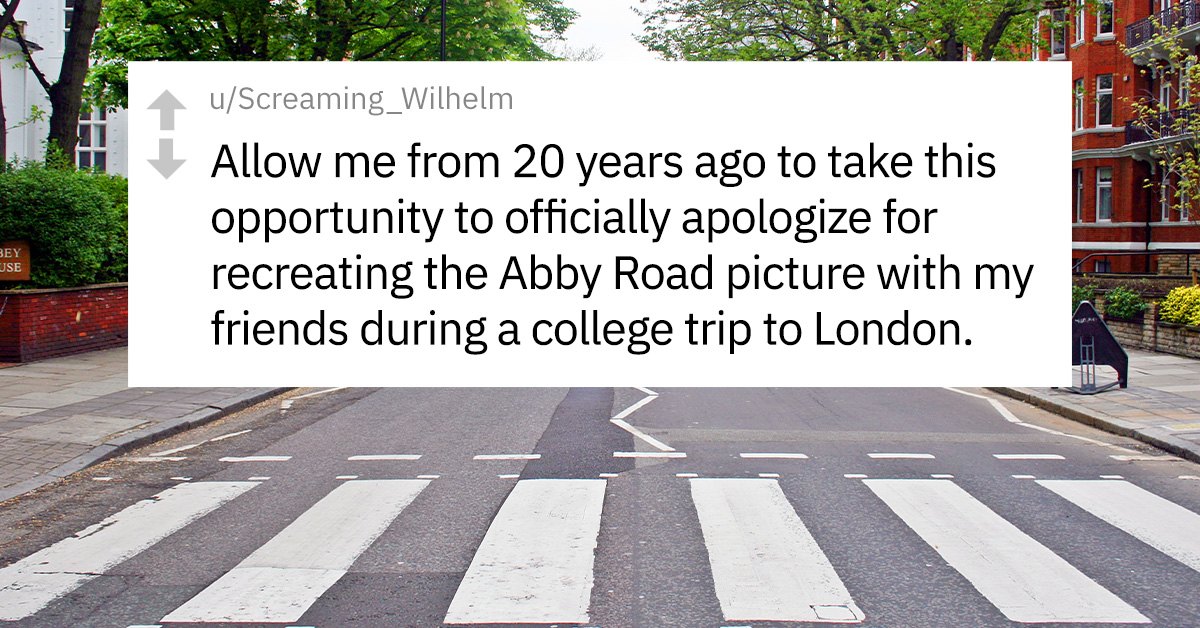 Vacations are nice because you get to experience a new place and get away from “reality” for a little. While it can be relaxing for tourists, the locals don’t always see it that way.

Living in a tourist destination can be annoying, especially when tourists do things like what’s listed in this AskReddit thread.

Here’s how people responded to the following question:

People who live at tourist destinations, what is it you wish tourists would stop doing when visiting? 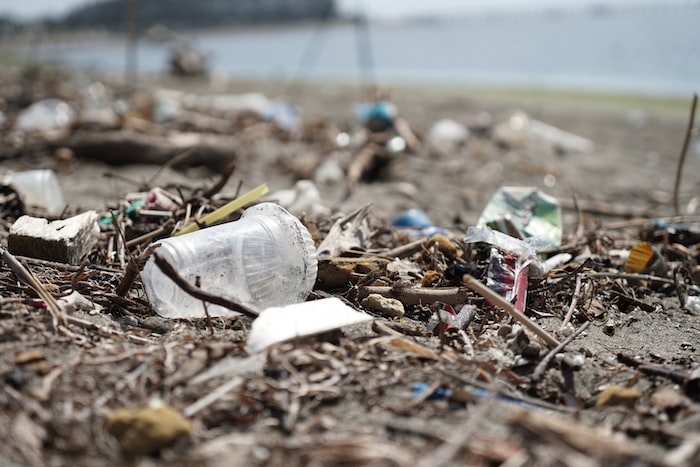 via, Photo by OCG Saving The Ocean on Unsplash

Clean up your fucking trash.

I used to live in a spring break destination which was a small surf town. After spring break, people would be cleaning up pounds upon pounds of beer cans, broken bottles, needles, used condoms…fucking revolting. 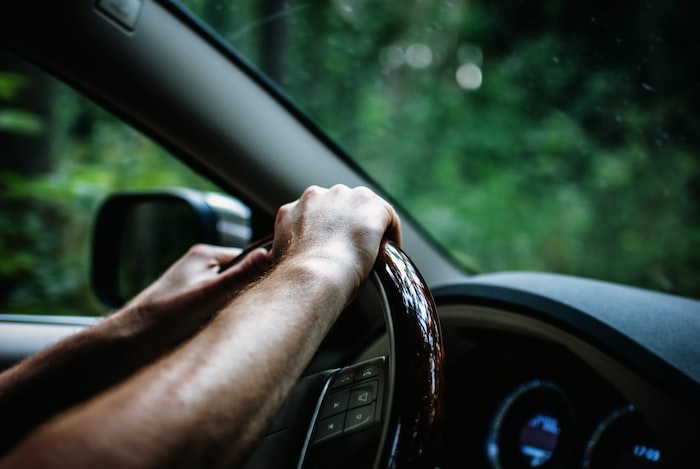 via, Photo by Erik Witsoe on Unsplash

Stopping their cars in the middle of the road to take in a view. WTF?

They do this for wildlife where I live as well. I’ve seen idiots chasing bears with cubs into the forest to take pictures with their phones. A friend of mine lost a relative because a touron in a bear jam didn’t look before pulling back into traffic on the road because he was so focused on the bear and didn’t see the cyclists. Hit one of them and broke the cyclist’s neck. 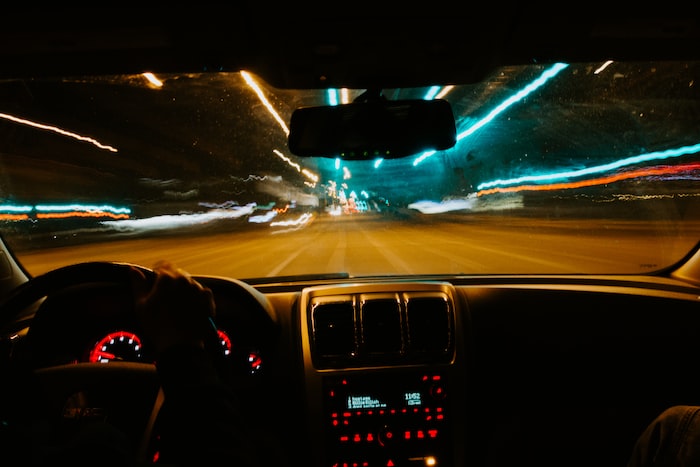 via, Photo by Gabe Pierce on Unsplash

Driving drunk. I live in Sonoma County, California. Make sure you’ve got a sober driver FFS. The roads around here are never more dangerous than winery tasting room closing time on a sunny weekend. 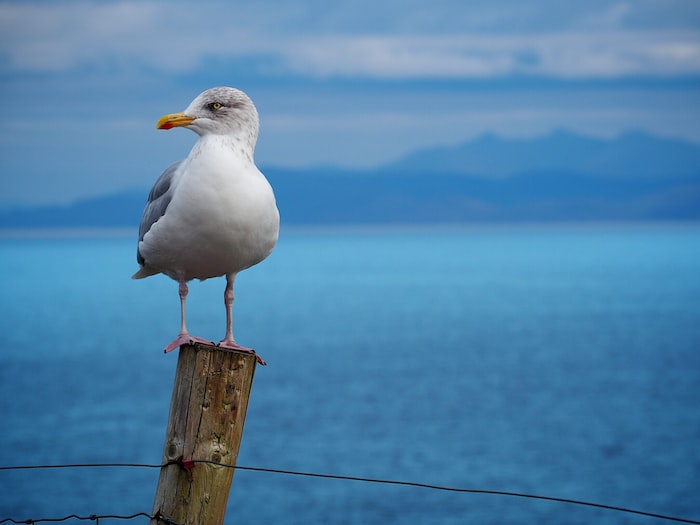 via, Photo by Michael Kurzynowski on Unsplash

Goddamnit this. Flying rat ass bitches have literally been trained to expect food if you’re standing on anything dock or deck shaped. Some will even try to snatch it from your hands.

And stay off the fucking dunes. 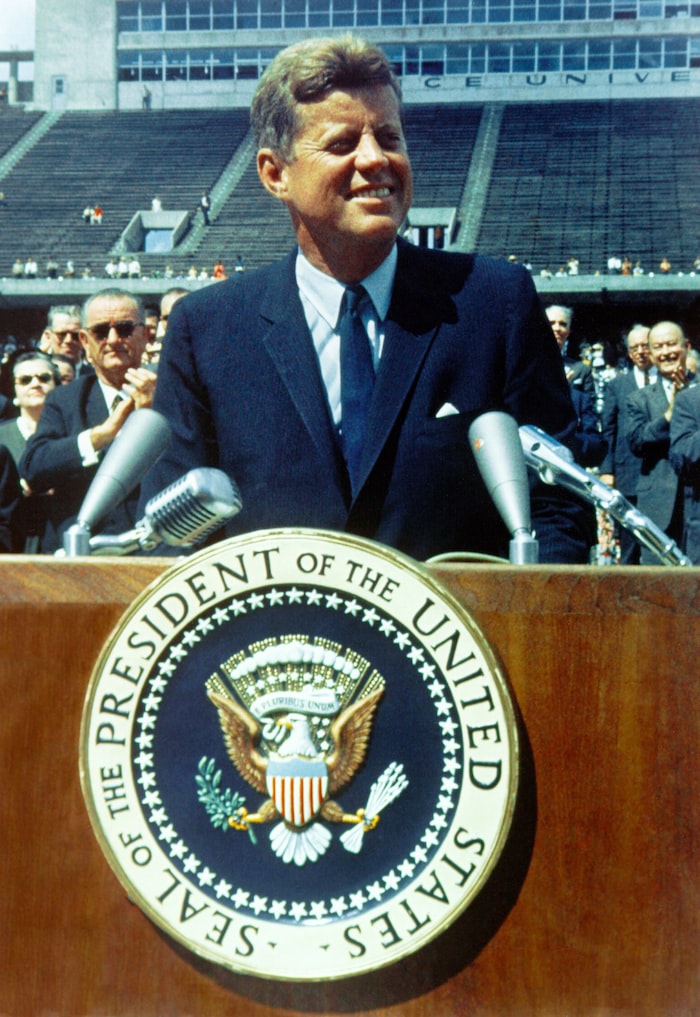 via, Photo by History in HD on Unsplash

Stop walking out into the middle of an active downtown street to take group pictures of yourselves in cheerleading outfits on the spot where Kennedy was shot. 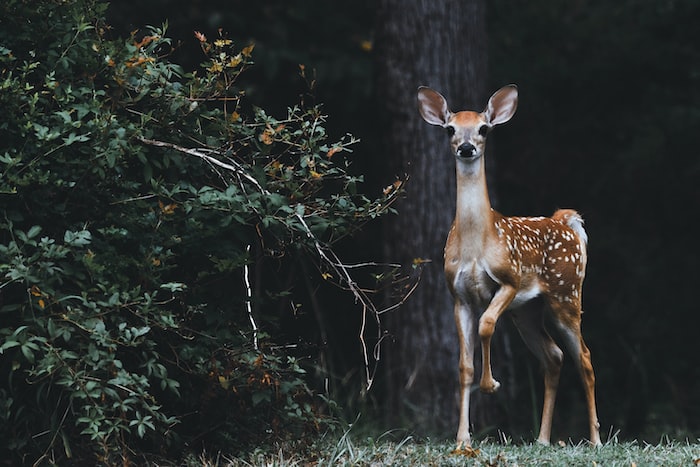 via, Photo by Scott Carroll on Unsplash

And this doesn’t just extend to tourists but to people that live here too. 45+ coyote attacks last year in no small part because of people giving them food leading to a cull, bears getting habituated to people because they’re being given food leading to them getting killed, otters and sea lions getting fed. They’re not cute cuddly things. They’re wild animals and will kill you and then because they’re doing what they do, they’ll get killed because they’re “dangerous to humans”. When in reality they’re only dangerous to ignorant rubes with no respect for nature. 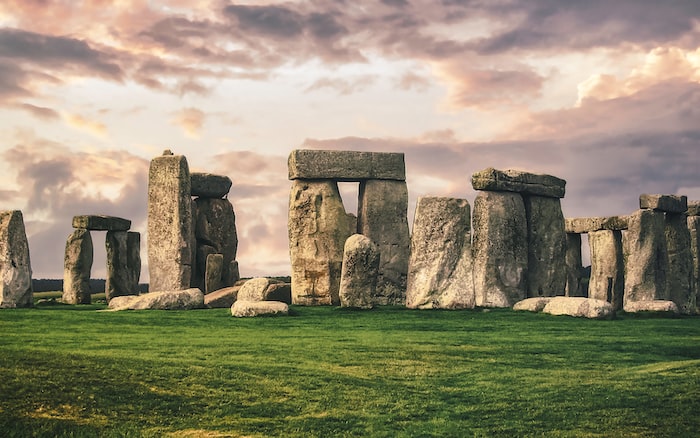 via, Photo by K. Mitch Hodge on Unsplash

For example: The Colosseum in Rome has graffiti carved into its walls by arsehole tourists and Stone Henge is closed off to the public because arseholes were chipping pieces off for souvenirs. 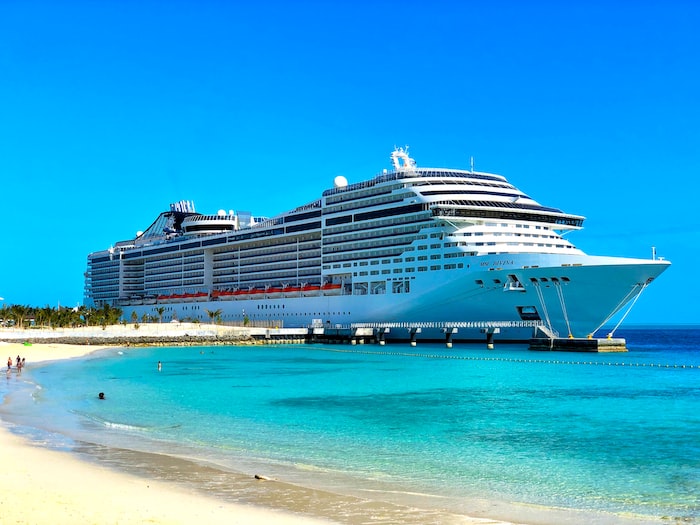 via, Photo by Georgy Trofimov on Unsplash

Driving like a dick head, leaving garbage anywhere but a rubbish bin, stopping in the middle of the road to let out your family of 12 instead of pulling into the parking lot.

I have a lot of stories. I live in Hawaii and work only with tourists. Best yet, My company was asked to contact the cruise ship company to have them move the ship because it disrupted the sunset. 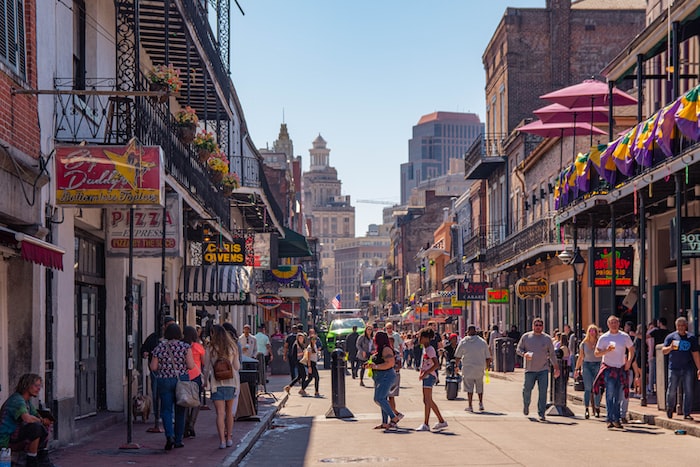 via, Photo by Kristina Volgenau on Unsplash

Stop being a belligerent asshole just because you’re in “N’AWLINS.” It’s still not an excuse to get blackout drunk, litter, and make hell for food service workers.

I will say it’s tough not to get blackout drunk when I walked into my first bar and ordered one beer, dude handed me three. I said no I only ordered one and he said it’s buy one get two free, would you like a big cup to carry that to go? 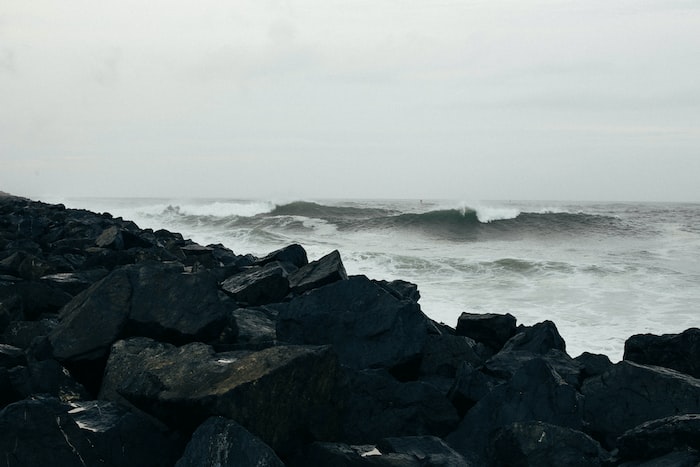 via, Photo by Milo McDowell on Unsplash

Going on the black rocks and being swept out to the Atlantic Ocean, risking the lives of first responders and locals many of whom are already traumatized from Swiss Air 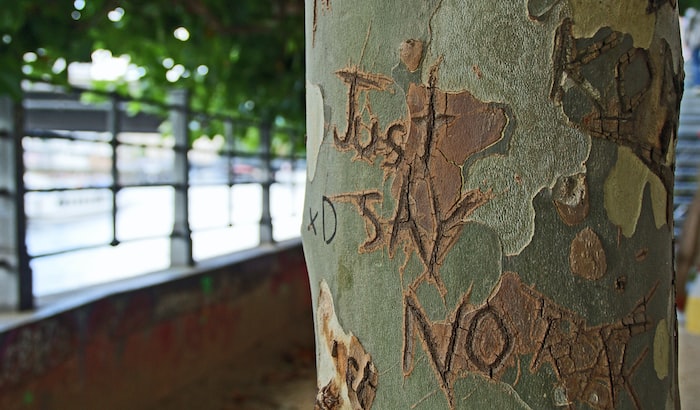 via, Photo by Andy T on Unsplash

The number of people who need to carve their names onto historical buildings and statues is just crazy. Don’t be an ass. You are ruining the place.

And respect people’s properties. Yeah, it’s a cute street with cute houses and charming gardens. But that does NOT give you the right to enter people’s private properties to peep in their windows, walk in their gardens and try to open their doors. A colleague is selling his house because he’s tired of people peeping in their windows and trying to open their doors to have a look inside. He got yelled at for being inappropriate while he was sunbathing in his own garden by a tourist who let themself in the gate and walked around the house to have a look at his garden. 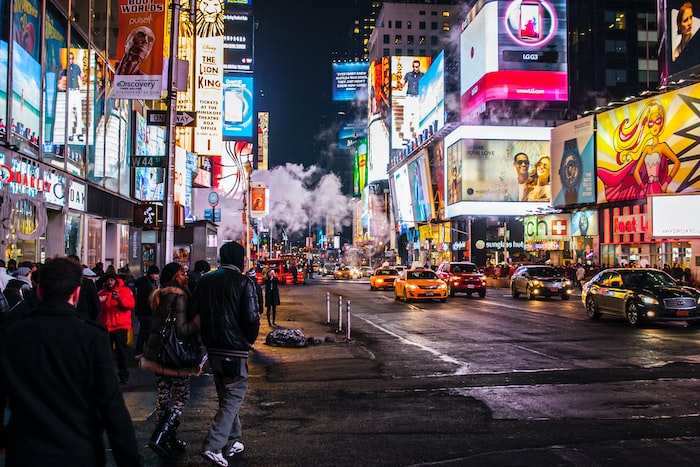 via, Photo by Nicolai Berntsen on Unsplash

In New York, if you visit, please walk on the right side of the sidewalk, not the left. Also, if you need to stop and look at your phone or have a conversation with your fellow travelers, step aside.

People are walking and if you abruptly stop it usually results in someone bumping into you. Also, do not walk like 5 people side by side and walk slowly. People can’t get around you. It is infuriating. But, please keep visiting NYC! 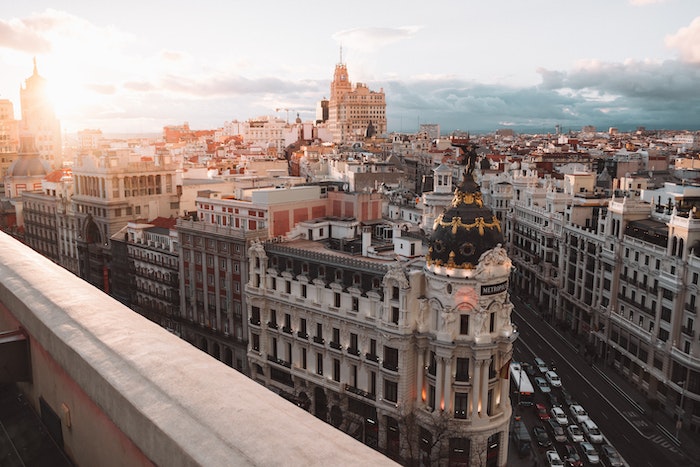 via, Photo by Alex Azabache on Pexels

Spain. We get a shitfuckton of tourists. Very well behaved for the most part where I am. So, thanks for doing it right, tourists.

The worst is littering on the beach, which is thankfully pretty rare. I occasionally see someone put a cigarette butt in the sand. A lot is taken away when they leave, but the sand has a way of hiding stuff, so a lot remains.

I’ll give you tourists one tip. Night swimming. If you put your keys, glasses, etc. down in the sand, they’re gone. Between the sand and the dark, you’ll never see them again. 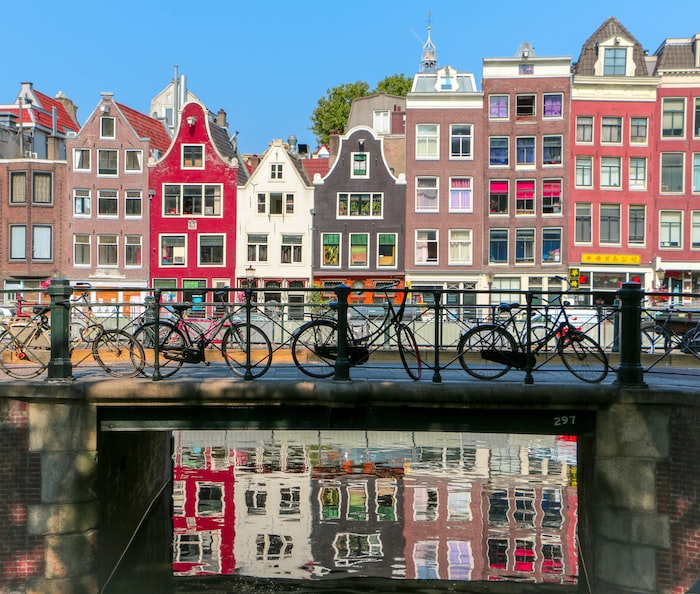 via, Photo by Gaurav Jain on Unsplash

Amsterdam. Walking around like they’re at Legoland, blindly stepping into traffic, oblivious to the fact that people actually live here. We use the bike to get to work, to get groceries, we’re not just aimlessly cycling around for the fun of it. 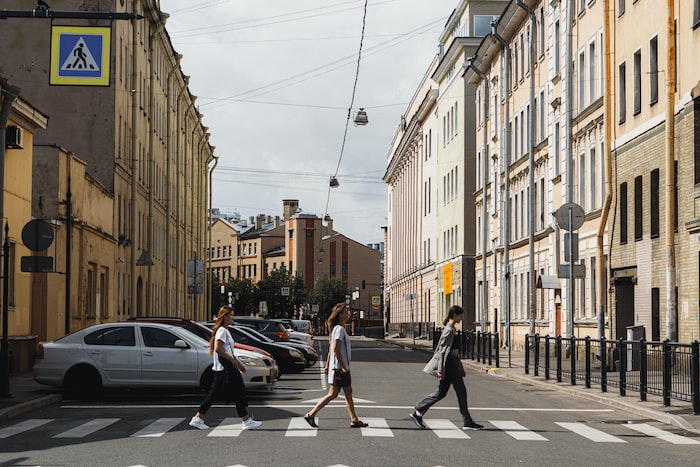 via, Photo by Andrew on Unsplash

Allow me from 20 years ago to take this opportunity to officially apologize for recreating the Abby Road picture with my friends during a college trip to London. 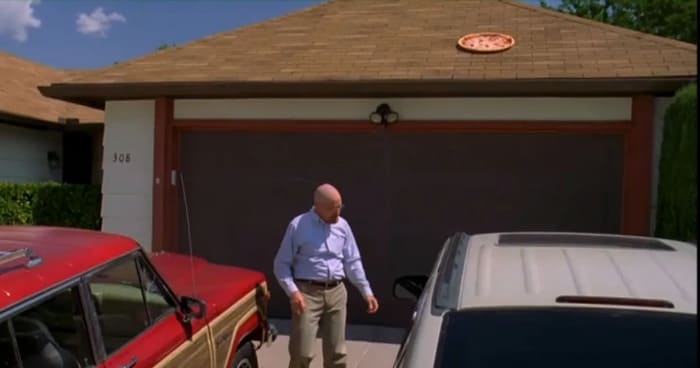 Specifically regarding “Movie/TV Houses”. Unless the house is a museum or offers tours, it’s almost certainly someone’s home.

Stay off their porch, don’t walk through the yard, and STOP THROWING PIZZAS ON THE ROOF!

The poor people who owned Walter White’s house had to put up a giant fence because the dozens of signs about it were being ignored. 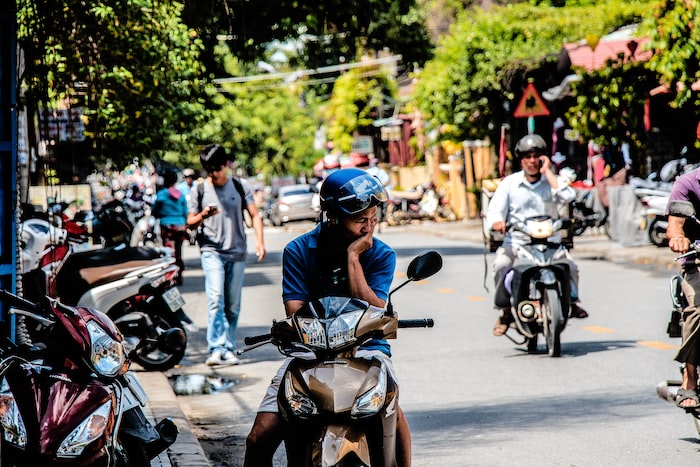 via, Photo by René DeAnda on Unsplash

In my hometown, it somehow became a thing that tourists would rent mopeds.

So when you are trying to get to work, you often get stuck behind a flock of tourists on mopeds, riding at 20MPH information so you cannot pass them.

We are infested with gawking tourist moped gangs. If they want to rent mopeds, at least go the speed limit, and ride in a manner that allows others to pass you. 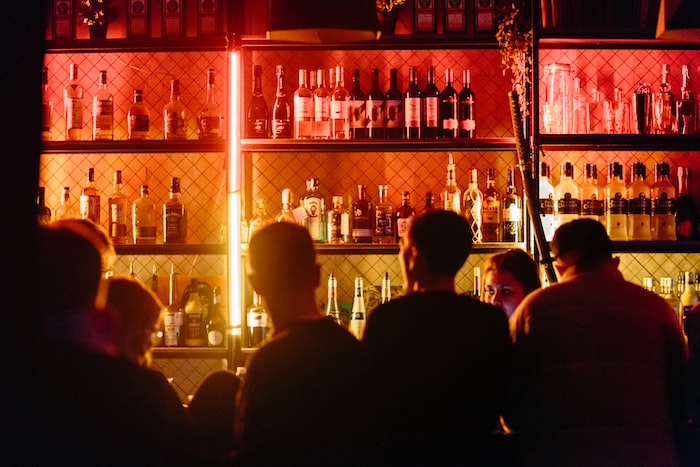 via, Photo by Alexander Popov on Unsplash

Getting shitfaced/ coked up and getting up in people’s business or pick fights with the doorman or bar staff.

Or talk about weed and getting stoned the entire time. Or ask me where the Red Light District is while standing in the Red Light district. Or renting a bike when the last time you rode one was in preschool. 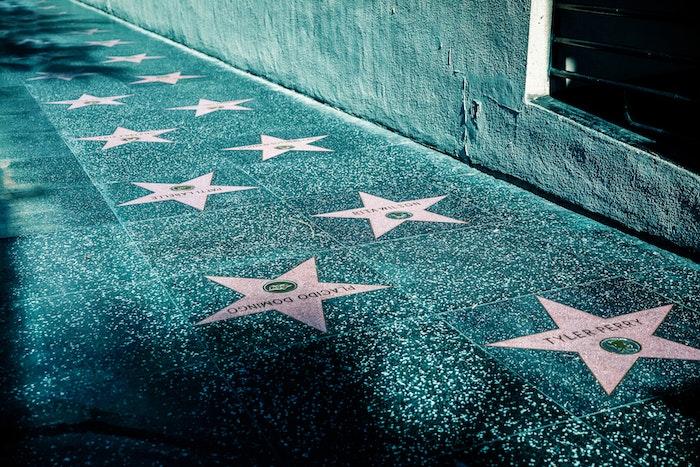 via, Photo by Ekaterina Belinskaya on Pexels

Stop laying down next to the stars on the Hollywood walk of fame! Hollywood is filthy. 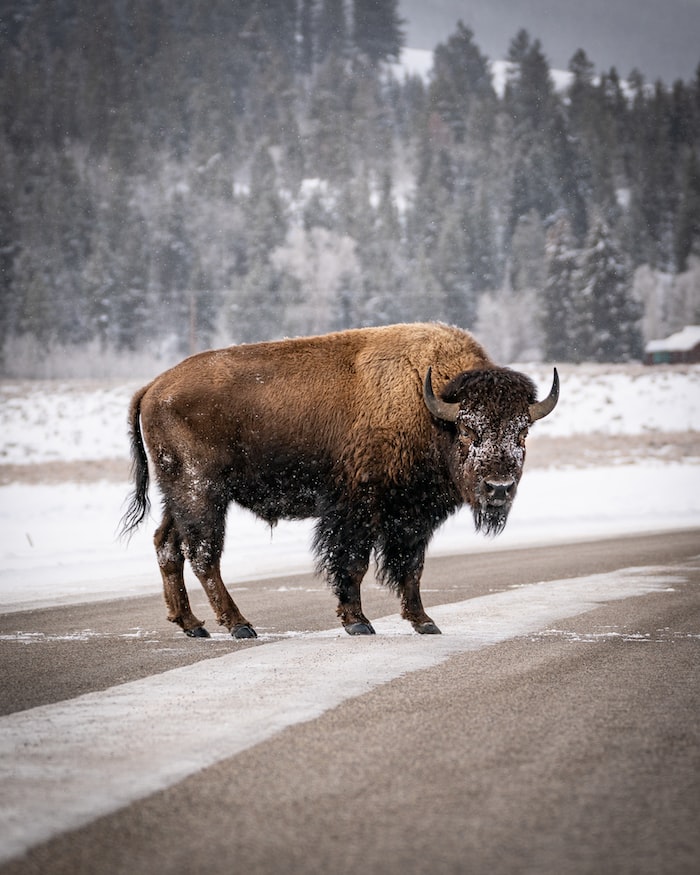 via, Photo by Vincent Ledvina on Unsplash

For your sake, STOP TRYING TO PET THE BUFFALO! Or don’t, some of us are entertained by the videos of you flying through the air. 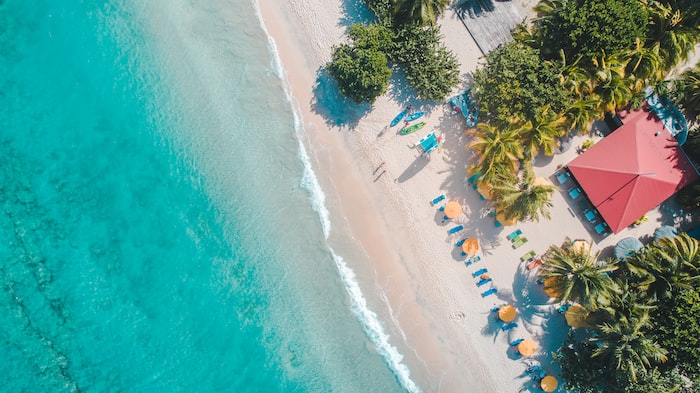 via, Photo by Hugh Whyte on Unsplash

Caribbean island … people who complain that they can’t get a Heineken or a Bud Light here.

People who complain that they can’t get fast food or chain food here. People basically are angry that a tiny island in the Caribbean isn’t just like the Houston suburbs.

If you want everything you have in the US, stay the fuck in the US.
Also infuriating during the pandemic: “Your island requires masks and negative tests!? Well if you keep that up we will NOT be visiting and will take our money elsewhere!”

Fine. Go elsewhere. We don’t want you on our island, where the entirety of our healthcare is a small clinic with five beds. Don’t threaten people with money, fucking entitled assholes. 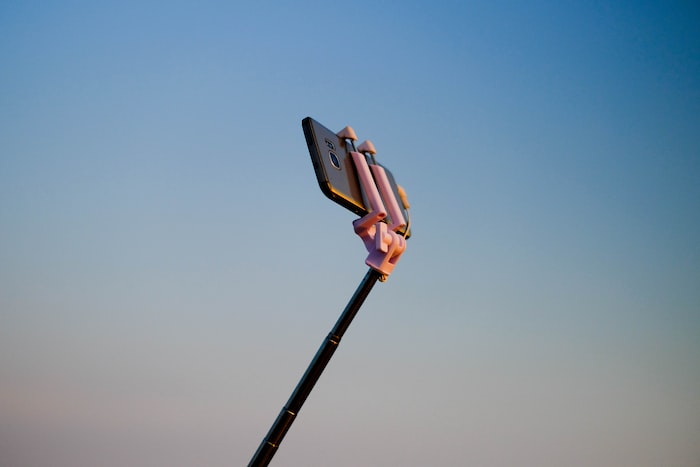 via, Photo by Steve Gale on Unsplash

Stop acting like you’re discovering something for the first time, it’s literally a tourist destination. I overhear these “influencers” talking to their phone/audience about finding a “lil obscure restaurant” honey it’s literally owned by Thomas Keller?

I’m from one of those super bougie, Michelin star restaurants everywhere, resort areas a lot of celebrities like to visit. Super popular wedding area, famed for the weather and scenery, compared to Europe a lot etc.

Of all the tourists, the influencer tourist influx in my area is so annoying.
They just stand on the sidewalks downtown and cause traffic. And it’s a location where you can drink a lot of one specific thing so they get day drunk and messy.