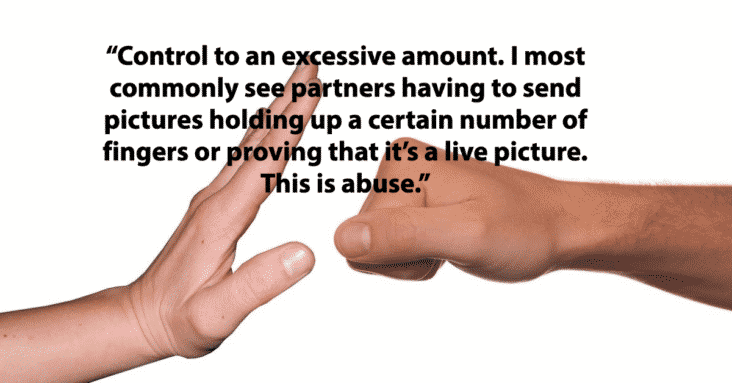 Are you and your partner constantly fighting? Unsure of how to resolve conflict? Talking past each other?

Couples therapy can be a great way to work through interpersonal relationships. While not all relationships can be saved through therapy, seeing a couples therapist is a good step to take if you are struggling.

On a Reddit thread, couples therapists provided advice, discussed relationship red flags they identify, and suggested some strategies they try to implement to help their clients.

Guess what? There’s no shame in getting therapy, either for yourself or with a partner.

“Child & Family therapist here, not exactly couples therapy, but there are key family dynamics that set off red flags for interpersonal relationships within a family, whether it is between parents, parents and kids, or simply kids. The most important piece comes from invalidation. This comes in many forms, from gaslighting to just simple denial of another’s opinion. Most of the time one or both parties are simply trying to be heard on an emotional level with an event or topic that was brought up, but the other party takes this as a personal attack on their ideals.” — Shozo_Nishi

“I saw a couple that was doing ‘retaliatory’ cheating (and telling each other about it). When they got through their anger, they decided to call a truce and made peace. With their level of emotional maturity, I doubt it lasted. I don’t know if I helped them or prolonged their suffering. It was their decision to come to counseling, so I think it was the help they wanted.” — lightspeeed

“1. Couples in a tit for tat arrangement. For example: I cheated so you can have one night to cheat with whomever. Or I violated your trust and did drugs, you can go out and do whatever for one night. It erodes trust and compounds the hurt.

2. An affair that won’t end. I’ve never seen a relationship bounce back where a partner is still in contact with their gf/bf, or is lying about it.

3. Control to an excessive amount. I most commonly see partners having to send pictures holding up a certain number of fingers or proving that it’s a live picture. This is abuse.

4. Overbearing parents and in laws. I understand there’s a ton of cultural nuance here, and I work with couples who have arranged marriages, as well as the south Asian community. However, when a spouse is more allied with their parents and calls them on speakerphone for fights, or often speaks ill of their partner to their parents, I usually see these couples stay very unhappily married for years. It’s sad.” — crode080

“People who approach therapy with the idea that they must convince the therapist that they’re right and their partner is wrong. Almost like they’re complaining to a parent or boss to have them sort out the problems.” — Hyujikol

“Contempt. When I experience true contempt from one in the relationship I know it is usually over. Look towards a peaceful ending at that point if possible.” — threerottenbranches

“One of the biggest red flags I see when working with a new couple is when they’ve totally forgotten the good. Part of relationship therapy is reconnecting a couple with what they like about each other, what initially attracted them to each other, and what the positives are between them. When people come in and they’ve been so unhappy for so long that they actually can’t remember what it was like to be in love, or to even like each other, they’re just about hopeless. You don’t have to be happy for therapy to work—but if you can’t even reminisce about the good times, then the good times are probably over.” — TiredMold

“When I see a couple in which one or both of the members are seeking to change something fundamental about the other person. We process where the need for the change comes from and the person with the issue evaluates whether it’s a dealbreaker for them or not. We work on acceptance and tolerance of others. I also recommend my couples are also in individual therapy on their own.” — ladyledylidy

“It’s very easy to work out when one person knowingly prioritises their own wants and needs over their partners. Relationships like this are often doomed because the person simply doesn’t care enough to make any meaningful change.” — ocelot_piss

“Someone else’s response made me think of this one. When a partner raises objection to meeting with me individually. During the first session I share that during assessment I like to meet with them both together and once each individually. Occasionally I’ll have partners who suddenly become very critical or suspicious about this. Asking why I’d do that, and is it ethical, and the classic ‘I’ve never heard of a marriage counselor doing that before?!’ It goes beyond curiosity or simply inquiring about practice. There is an incredulous and almost panicked tone to it. And sure enough, Every. Single. Time. They turn out to be some variation of controlling, manipulative, abusive.” — the_friar