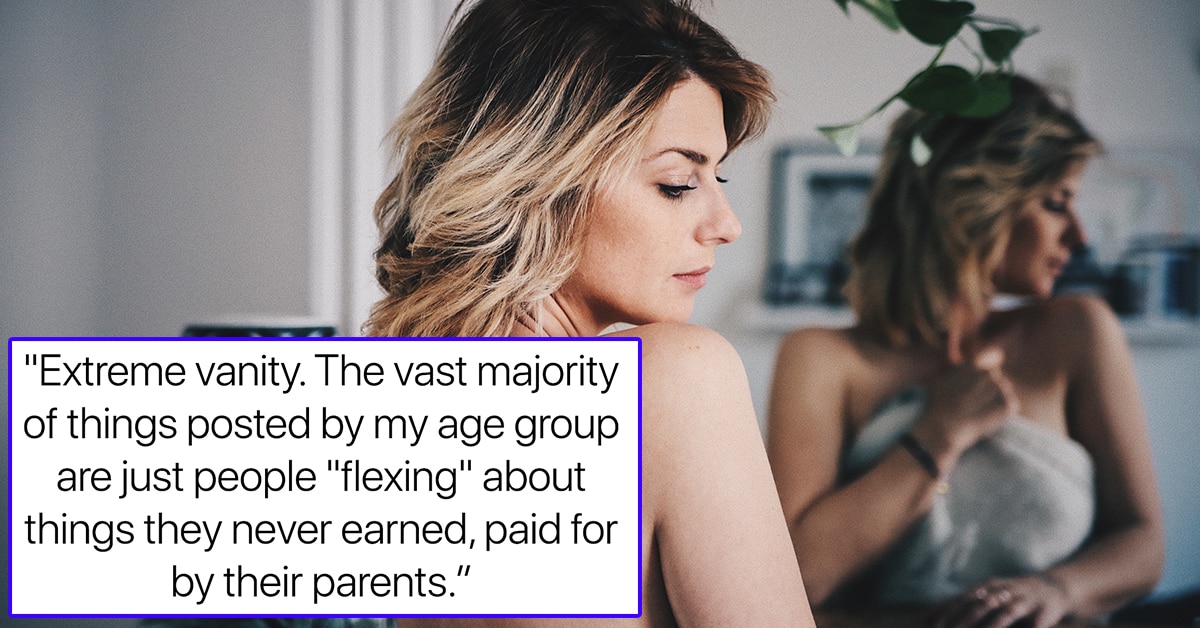 Can you look at the storm from within its eye? It’s hard, right? When we are participating in a culture or an era or a decade or a generation, can we really see it for what it is? Interestingly, some people can—the youth.

One smart Reddit user, AskMeNextYearIfImOk, actually asked the teens of Reddit what they thought defined their generation. And guess what: The teens had some savage viewpoints that didn’t feel too off. Frankly, we didn’t think they’d have so much self-awareness…but they do, very much so.

Teenagers of reddit aged 13-18 what do you think defines your generation right now? from r/AskReddit

From knowing that they’re obsessed with so-called “relatability” to being totally addicted to social media validation, the teens of Reddit called themselves out hard:

“Self-deprecating memes along with romanticizing mental illness. I’m 18 and know too many 11 – 15 year old’s who claim to have a huge list of mental illnesses. They seem to brag about it, as if it’s a competition for who has the most sh*ttiest life. Not that I’m saying they can’t have mental illnesses, it’s very possible! But I hope they can learn it’s normal to be sad or anxious sometimes, and that it doesn’t automatically equal something more.”—vocaltra

“Trying to be famous, everybody thinks they can make it big on YouTube or some other platform but most can’t.”—baconmaka

“There’s a general belief that the world sucks right now, and it’s only going to get worse as we grow up, so what do we do? We make jokes about it. Constantly.”—swiss-triplet

“A strange mix of humour and mindfulness. As well as memes and self-deprecation, honestly. Gen Z create a lot on memes, commonly self-deprecating memes, just because it seems to our type of humour. I think it has a good way of uniting us all, everyone enjoys memes. But I also think kids my age are more involved in politics, global issues, controversial topics etc. and are much more open to discussing these things, as well as educating themselves and forming their own opinions. It truly is admirable.”—almitii

“Fake influence, people are making tik toks and claim they are influencers.”—therealCyborg2300

“I know someone who claims to be a “beauty influencer” because they’re involved in an MLM that sells crappy makeup.”—eternalrefuge86

“Extreme vanity. The vast majority of things posted by my age group are just people “flexing” about things they never earned, paid for by their parents. Kids get famous quickly by having cool things and showing them off. I think they paid too much attention in kindergarten to show and tell because that’s all they’re doing now to get famous.”— jarded056

“I can tell you this, our generation is obsessed with relatability, and finding comfort in others who find those same things relatable. I mean, the basis for most memes nowadays is relatability after all.”—TheAmazingNicolas

“Getting caught up with social media (trynna fit in) and then perhaps forgetting about the real essence of life. Without a direction, you feel stuck/unable to do anything.”—CardMaester

“Not to sound really old or anything but I think it’s our phones. Nobody in our generation likes to admit it but we do use our phones a lot and it must be unsettling for people 40 and older.”—I-eat-bees-and-wasps