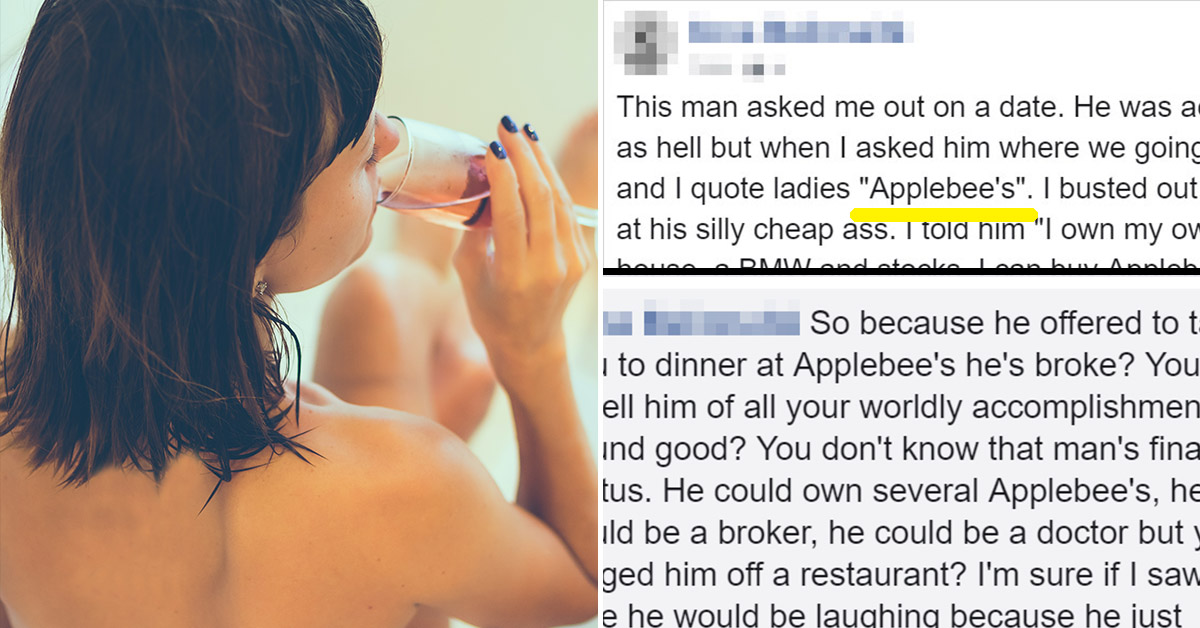 What would be a dealbreaker for you is someone asked you on a date?

In this screenshot from Facebook posted by Redditor u/mecharoy to r/ChoosingBeggars, one woman decided to call off a date because she was offered dinner at Applebee’s.

“This man asked me out on a date,” she writes, and continues:

“He was actually fine as hell but when I asked him where we going he said and I quote ladies ‘Applebee’s.’ I busted out laughing at his silly cheap a**. I told him, ‘I own my own shop, a house, a BMW, and stocks. I can buy Applebee’s!; Then I walked away you should have seen his face. I’m worth more than Applebee’s, you have to impress me and that ain’t it! Ladies keep your standards high as hell, don’t settle for a broke man.” 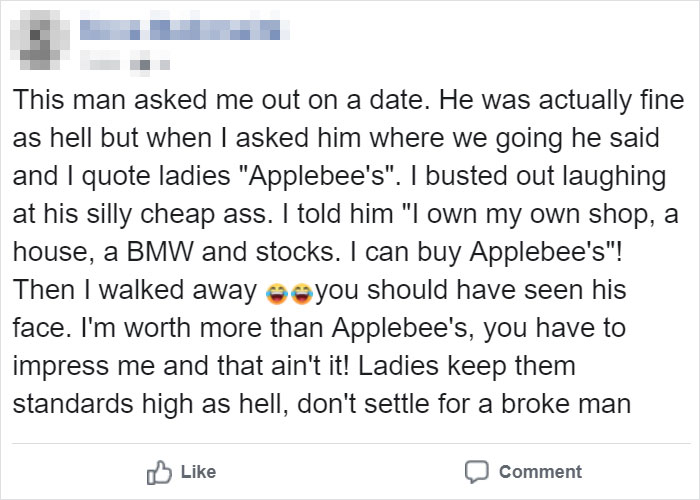 There’s only one comment to this screed that we can see, but it is not supportive at all. 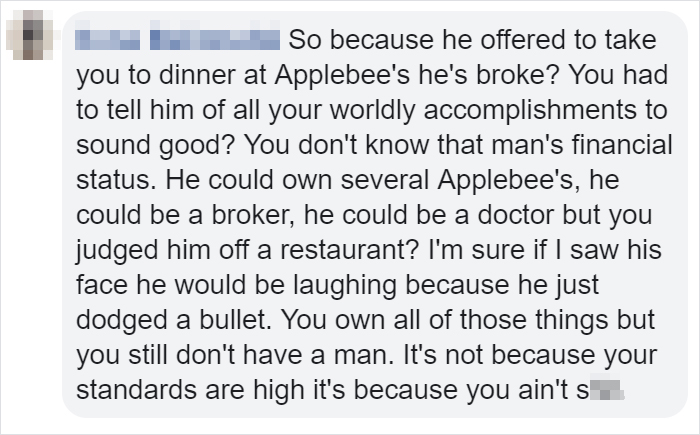 “So because he offered to buy you dinner at Applebee’s he’s broke?” the enraged commenter asked. “You don’t know that man’s financial status. He could own several Applebee’s, he could be a broker, he could be a doctor but you judged him off a restaurant? I’m sure if I saw his face he would be laughing because he just dodged a bullet. You own all of those things but you still don’t have a man. It’s not because your standards are high it’s because you ain’t sh*t.”

Wow! Well, points were made on both sides. On the one hand, I don’t think being really rude to someone who doesn’t meet your standard is the move, nor is bragging about your wealth. Say “no thank you” if it’s not the right fit and then move on. He’s not gonna get any richer because you bad-mouthed him to his face about it.

On the other hand, I also would not go out with someone who wanted to take me to Applebee’s, because the food is terrible and it would mean to me that they have no taste. I’d rather eat a dollar slice. Not about money at all!

The comments kind of agree with me, actually. There are a few people calling this woman a gold digger or at least a liar. But there are 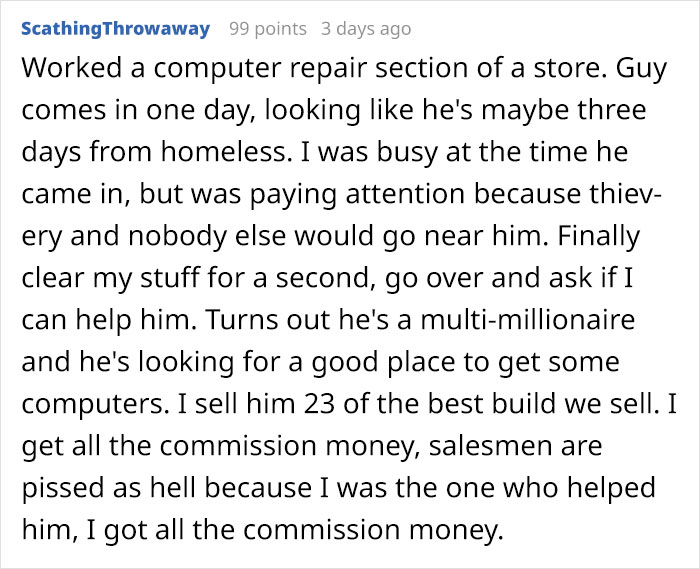 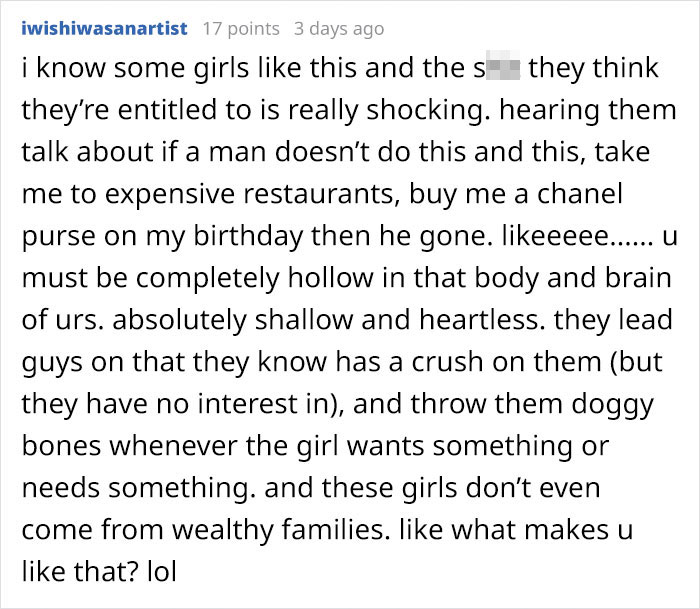 What was funny is that one person said they’d heard of other guys suggesting Applebee’s as a “test” to see if someone is focused on money. Imagine them not getting dates because of that, since the woman is testing for taste! What we really need here is more communication, people.