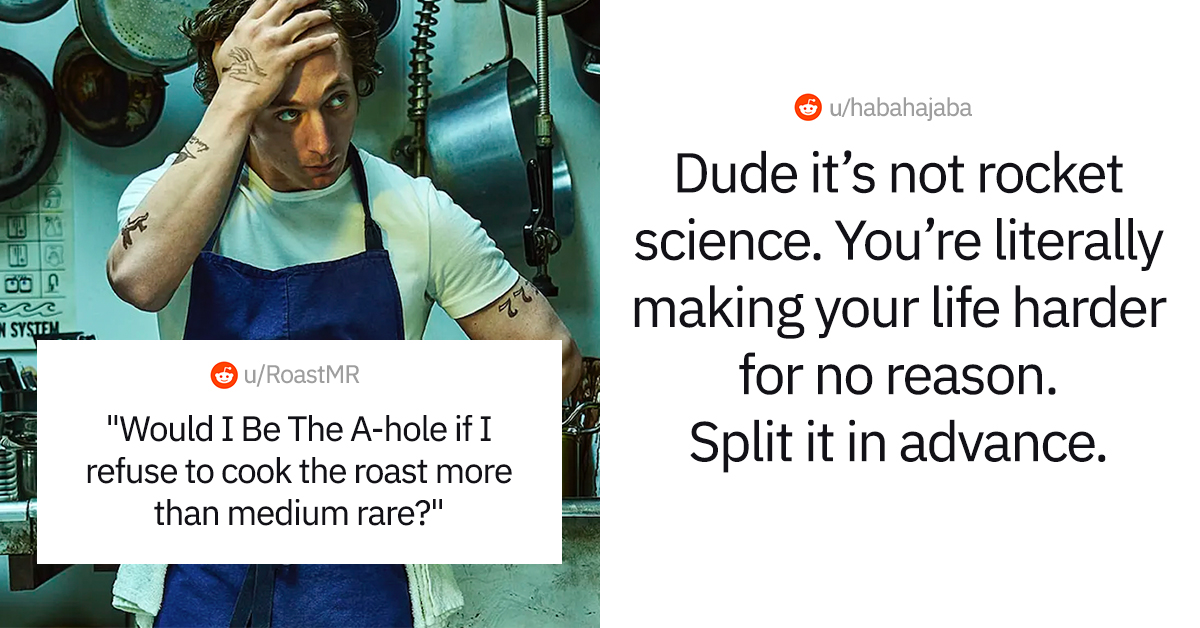 Every one has their preference on how Thanksgiving lunch and dinner should be cooked. Some people (myself) are looking forward to grandmas cooking all year long- dressing, rolls, casseroles, beans, greens, potatoes, tomatoes, chicken, turkey, ham, YOU NAME IT!!

There have however, been years for everyone where Thanksgiving wasn’t quite up to par with what we were hoping for, and although food is food and we should be grateful, having a disappointing set-up can really dull the vibes.

One man has found himself in charge of the main dish for Thanksgiving at his house this year; a pot roast. He believes that the best way to cook a roast is medium rare, but his wife disagrees. She claims that her and her parents do not like it “bloody,” which is totally fair, but medium rare in a roast isn’t necessarily “bloody,” and OP offered to give them the end pieces so they’d be satisfied.

Apparently, this hill isn’t one OP should die on- and the subreddit “AITA? community had a few opinions on the matter. Read his perspective below along with some top comments and let us know if you think he’s in the right for serving the roast in a particular way.

OP asked: “Would I Be The A-hole (WIBTA) if I refuse to cook the roast more than medium rare?”

Thanksgiving is right around the corner and my wife and I (27F, 29M) are making plans to host our family. I’m doing the bulk of the cooking, including a rib roast. I’m excited, since it’s one of my favorite dishes and I much prefer it to turkey. We’ve been fortunate this year to be able to afford a good one.

I plan on cooking it to a medium rare temperature since that’s what I and most people in general prefer. And, objectively, it’s juicier and more tender that way. My wife is annoyed by this and says I should make it medium well or well done, since her and her parents “don’t like it bloody” (that’s not blood but whatever). I told her that they can eat the end slices, which tend to be more cooked than the bulk of the roast. And if that’s still too “bloody”, they can nuke their piece after it’s cut.

I think this makes perfect sense. Obviously if I were making steaks, each one could be made to the preferred doneness of each person. But this is one (expensive) piece of meat, and I don’t want to ruin all of it when the solution is clear: you can always cook a piece more. You can’t uncook it.

WIBTA? My wife says I am and that this is my way of imposing my “pretentious preferences” onto everyone at Thanksgiving.

Although not much information was provided, Redditors had a lot to say about OP’s method of cooking and choice of conflict with his wife.