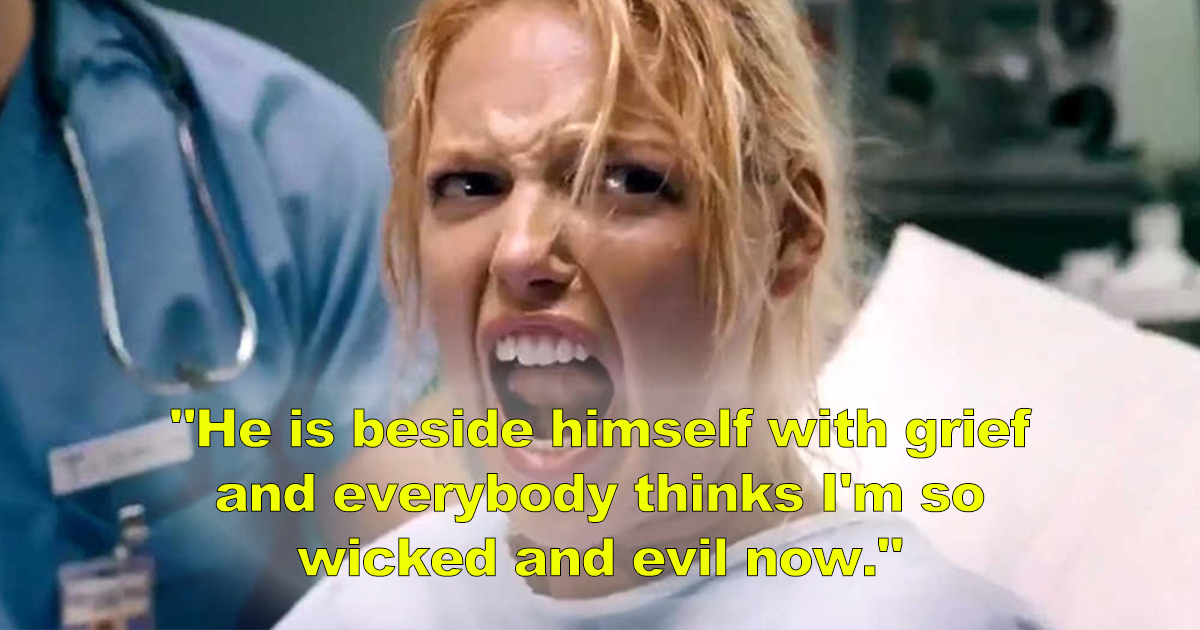 Giving birth to a child is one of the most important days in the life of any woman, and according to many doctors and parents, the presence of the father during childbirth allows for closer family bonding. Many parental training courses and health professionals recommend a partnered delivery, but as we all know, that’s not always feasible.

Being cheated on is the worst, it doesn’t matter how long you’ve been with the person or how much you care about the situation, no one likes to be made the second option. Being cheated on when you’re pregnant with the adulterer’s baby is a level of hurt of its own. In the vast majority of cases, this ends in divorce – as in this story. However, here the divorce was only the beginning.

This story went viral on Reddit’s “True Off My Chest” community, and has already collected over 13.7K upvotes and nearly 2K different comments. The author of the post wrote her side of the story, merely wanting to express her feelings, and in return received vast amounts of support.

“He is beside himself with grief and everybody thinks I’m so wicked and evil now.”

This distraught and nervous mother told Reddit, “I don’t want my ex husband in the delivery room. I thought it went without saying but now people act like I’m the devil.”

Well soon to be ex. We are separated and I’m waiting for the divorce to be finalized. He cheated on me with someone he works with. We have been trying for a baby for 3 years and when I told him that I was finally pregnant he broke down and confessed. I asked for divorce and he moved out. he moved first in with MIL. Now he lives with his AP.

Understandably, OP doesn’t want the man who cheated on her in the same room with her while she undergoes birth.

It’s hard enough being in a vulnerable situation like that with people you actually trust, but going through the traumas of a live-birth with someone whose face pisses you off to look at would make the experience even less enjoyable.

I’m due in December. I don’t want him to be in the delivery room with me. I’m not punishing him but he isn’t my partner anymore. I don’t want him seeing my body. When we break up with people we don’t usually think it’s okay to show our bodies to them isn’t that right? I just can’t have him with me.

She made a valid point that no one wants their ex to see their body the same way they did when the two of you were together.

Not to mention, giving birth is a sacred and monumental moment, no one wants an event that important to be ruined by the presence of a crazy ex. OP’s feelings are entirely reasonable, but she’s being judged harshly for her decision regardless.

He is beside himself with grief and everybody think I’m so wicked and evil now. How could I be so wrong about how to feel about my own body?

Later on, OP added an edit to the post after receiving so much support and positive feedback.

Thank you everyone I see that the vast majority here understands me which is a relief. I thought I was going mad with my “high demands”. MIL is the only one supporting me. Probably she is the one I’m having with me. I still haven’t decided if I wanted somebody in the delivery room with me but it would be her if anyone. The father and the rest of the family can wait in the hospital. I don’t mind that.

She presented a reasonable compromise that her ex-husband could still see the baby afterwards so long as he waited through the birth in the hospital’s waiting room.

OP explained that she was not obligated to trust this man again, and although it’s deeply sad that her newborn won’t have both of his parents together, the situation could have been avoided if her husband had simply been faithful. She then mentioned that she had met someone new and that things were getting pretty serious. Maybe this potential new stepdad will be a better father figure than her child’s actual dad ever was.

I’m not going back to my ex husband even if I sometimes think it would be the best for our child to have his parents. He broke my trust but also I have someone new in my life and it’s getting pretty serious. We’re planning on moving in together once everything is settled and I have had my baby.

Redditors in the comment section offered advice and support for the OP, validating her feelings and setting her on a path of healing and new beginnings. Below are some of the top comments:

What advice do you have for this user and women everywhere going through similar situations? Let us know!