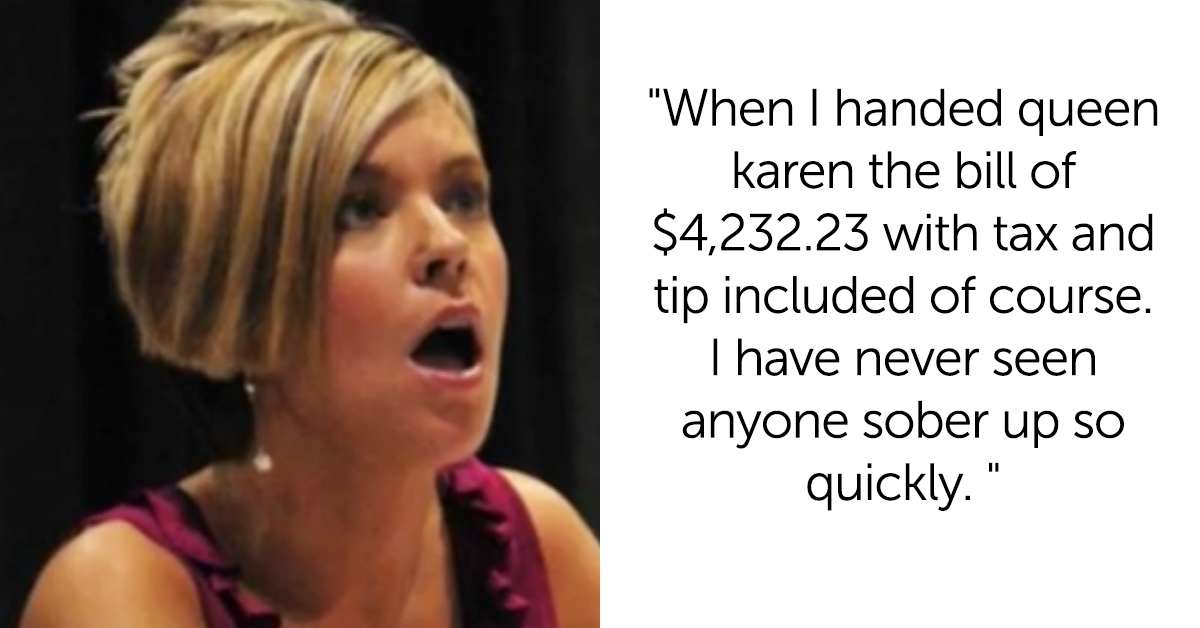 One restaurant owner took to Reddit to share a recent experience with a group of uppity ‘Karens’ they had encountered while they hosted at the door.

The OP explained that they are the third-generation owner of their family’s successful restaurant in the thread ProRevenge.

Through lots of remodeling and effective marketing, the OP claimed that under their ownership, the business has thrived. That includes celebrity diners, visits from high-profile chefs, and the establishment serving as a hot spot for events… as well as a months-long reservation list.

“When it gets busy I don’t just sit in the back office, I’m on the floor doing what ever needed to be done. Even if that means I greet people, busing tables or even moping the floors. Other nights when we have high profile guests or events im in a blazer and am acting in charge tho.”

One fateful night, when a group of 6 Karens walked in expecting a table, claiming that they knew the owner, they got the surprise of a lifetime. Naturally, ‘Queen B Karen’ claimed to know the owner.

“I had no clue who this woman was and she definitely never spoke to me about any of this. I did get she was trying to get in without a reservation but she literally picked the worst person she could possibly talk to and try this.”

After trying to turn the party away, the women went about “trying to belittle” the OP in an effort to secure a VIP table. A table that costs additional money to reserve.

They went as far as taking pictures of the OP, saying that she will speak to the owner and ensure that they will be “cleaning the toilet or fired by the end of the week.”

OP elaborated and claimed that the other women in the party followed their Queen Karen’s lead and made comments like, “Kiss your minimum wage job goodbye.”

OP decided to take matters into their own hands and decided to give them a table, without exposing their identity, planning to “teach them a lesson.”

They seated the party of six and opted to wait on them personally… in the VIP section. OP apologized for the confusion and offered to correct the situation by providing three rounds of complimentary drinks. They also took their order and explained that dinner may be a while, given how busy the restaurant was that night.

Notably, OP had collected Queen Karen’s ID and credit card and had explained that these were needed to have on file and that they would be later returned. Gleefully, Queen Karen told her minions, I mean her friends, that dinner was on her.

What OP failed to mention to the group was that they were going to serve them with the higher-end, price-altered menu (a common practice for fine dining).

“At one point in the night, I was honestly rethinking what I was doing and thought I might be going too far with these poor girls…but some things reassured me throughout the night. One ask[ed] me if I felt like my life was worthless since all I ever became was a waiter… One of my employees told me how they were discussing how to f*** with me… I also overheard them say, “He’s cute but I would never date a waiter like that, he is such a push over.””

When the bill, totaling $4,232, arrived, OP commented, “I have never seen anyone sober up that quickly.”

The woman who was acting vile the whole night was suddenly reduced to tears and asked if the bill was a joke. She reminded the server that she knew the owner and that the bill should be cut at least in half.

OP examined the bill again and reassured that he was going to return with the correct bill. He realized that he omitted the group’s 8th order of oysters.

When OP returned with the larger bill, Queen Karen excused herself to the bathroom. She returned and flashed OP an exchange of text messages between her and “the owner.”

“I realized was what she was doing in the bathroom just probably changed one of the other karen minions contact name and deleted previous texts [to] start this new script.”

When OP examined the contact information and informed Queen Karen that was not the owner’s information, she responded by screaming and causing a scene.

It wasn’t until he threatened to call the police when he revealed his true identity as the sole owner.

“My grandparents founded this restaurant, my family has been running this place for generations. I have worked here almost my entire life. I am the one and only owner this restaurant and I have never once seen you, heard of you, and I definitely never made a stranger I don’t know and have never met any promises…

Now I gave you the table you wanted, one of our specially reserved tables for high end clients, which I didnt charge you for, and I gave you three rounds of free drinks… If you dont pay your bill I will call the cops and and hand them your ID.”

Tearfully, Queen Karen signed the bill while the remaining women scrougned up a couple of hundred dollars and left in shame.

OP showed the pair footage from the security cameras — including the group’s heinous comments as well as their extensive order.

“When all was said and done, he stormed out with her and was screaming at her the whole time they were walking away.”

Some applauded the tenacity of the OP.