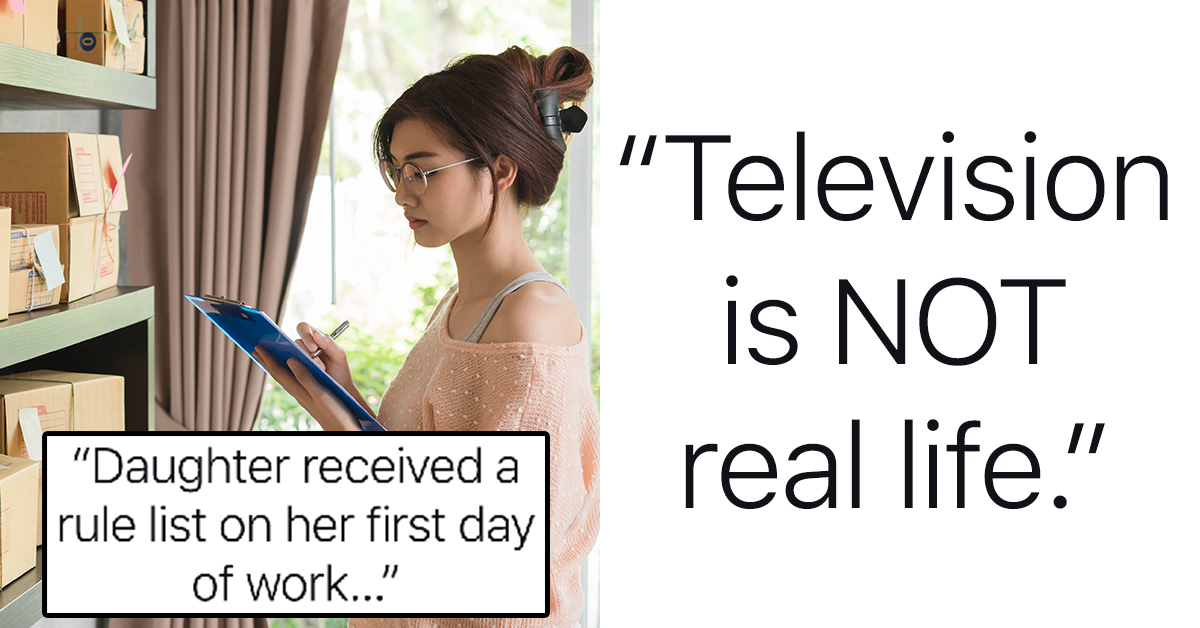 Low paying jobs seem to love to take advantage of being able to hire teenagers for cheap without worrying about them trying to unionize or ask for more money, while also treating them like the company is actually doing them favors by letting them work for pennies in the first place.

A “list of rules” given to one 16-year-old on her first day of work by her boss is reminding us that in a lot of cases, there’s some generational disdain baked into that approach as well.

A photo of the list first circulated on Twitter thanks to the teen’s father, who noted that she recently quit and that the job actually paid teenagers “well under min wage.”

The list, which starts off right away with “Life is not fair — get used to it!” as Rule 1, looks like it’s largely an attempt to crush teens’ aspirations or interests with the hope of feeding them into the daily grind at an early age.

Other rules include claiming “the world will expect you to accomplish something BEFORE you feel good about yourself,” berating teens for making their parents boring, and condescending to them about the differences between life when you’re in school and life when you’re at work.

All said and done, it feels like the kind of paper you give someone on the first day of work if your actual goal is to crush their spirit and make them feel hopeless about the realities of adulthood. And going on a power trip over some minimum wage job, particularly a power trip aimed at teenagers, is just pathetic.

By the way, this is why “nobody wants to work anymore.”