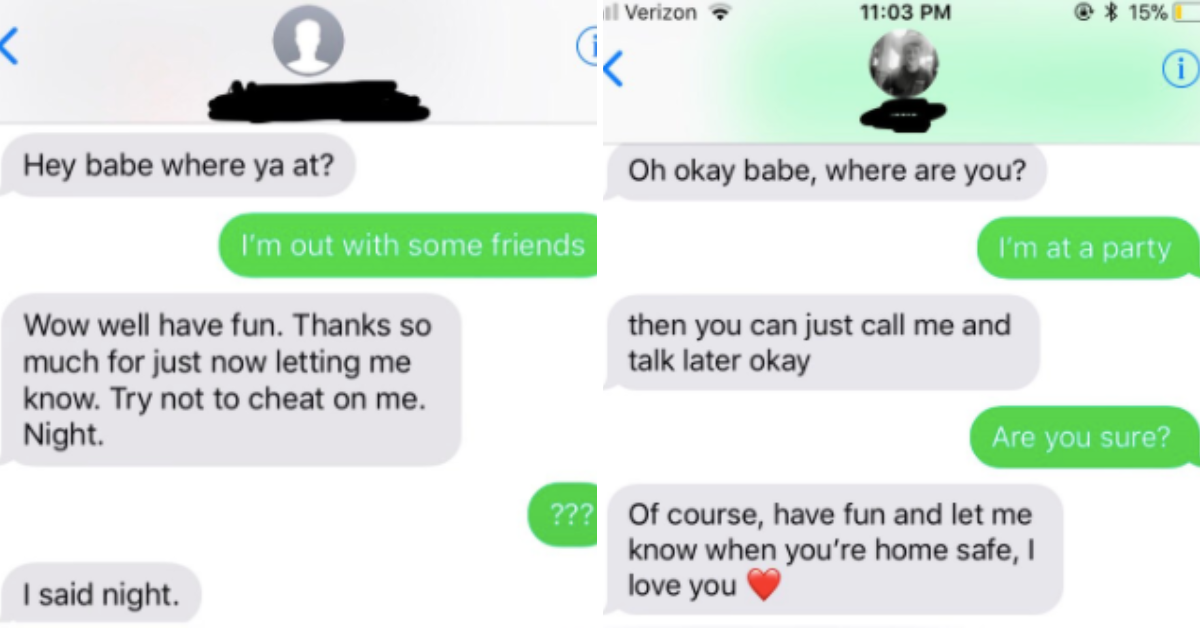 A tweet highlighting the difference between an abusive relationship and a healthy relationship has gone viral. Twitter user @MaycPeterson2 shared a side-by-side shot of two text messages, one that shows a controlling and manipulative partner and the other that shows a partner who is supportive and caring.

The caption reads, “Difference between a boy and a man,” which I don’t really love because associating immaturity with abusive behavior is unhealthy for everyone. But forgetting that, let’s take a closer look at the messages. They both begin similarly but end on very different notes.

👇 Scroll down to see full text👇

Difference between a boy and a man. pic.twitter.com/2iwE9jDEKY 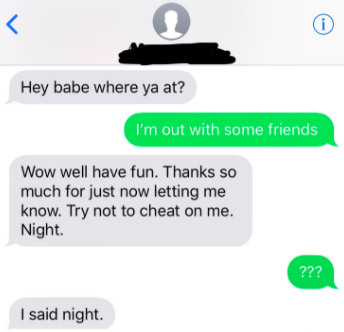 The second message also starts with a question about where the other person is. “Oh okay babe, where are you?” The person says they are at a party. The response is a lot less intense: “Then you can just call me and talk later okay.” “Are you sure?” the other person asks. “Of course, have fun and let me know when you’re home safe, I love you.” Yes, that’s the proper response, not passive-aggressive crap. 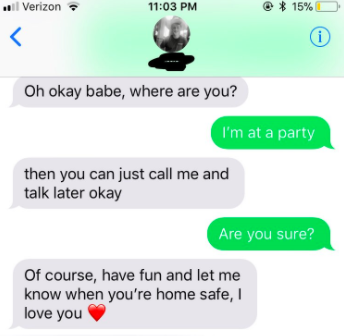 The tweet was likely intended to show the difference between a person who has abusive tendencies and a person who does not, but some people on social media are just stupid and awful, and now my head hurts.

Or she could have told him her plans for the night ahead of time, looks like she just told him in the text which imo is kind of a dick move. If a guy did this to a girl y’all would be screaming break up with him..

Some people got the idea, though.

Speaking as someone who has been hurt and has severe trust issues and anxieties, but is self aware of these issues… Nah, the one on the right is the correct response. The one on the left shows a basic lack of respect, and the immature idea that she has to cater to your problems

Difference between an insecure man and a secure one 🤷🏼‍♀️

Obviously, communication is key. But responding to a partner with thinly veiled rage is never a good sign.