21. This individual who definitely should’ve checked who was on their group chat. 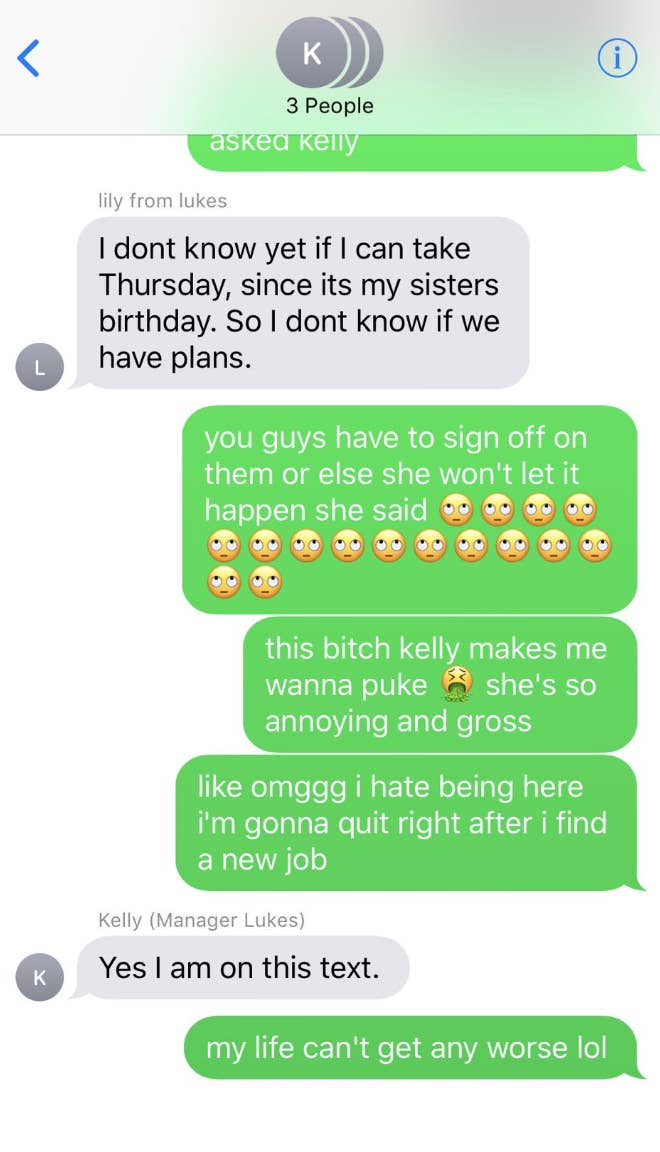 22. This rather aggressive exchange with the wrong Shannon.

23. This person who probably meant to text two different people.

If you’re having a bad day just know mine is worse because I accidentally texted this to my boss pic.twitter.com/OII9aBKVX5

Whoever texted my boss this last night is dead to me, I came into work and he says "ik your midnight text wasn't for me" and I had no idea pic.twitter.com/QDyW2fVgwJ

25. This embarrassing slip up.

I just texted this to my boss by mistake. #chuckecheese pic.twitter.com/mnE9E016H9 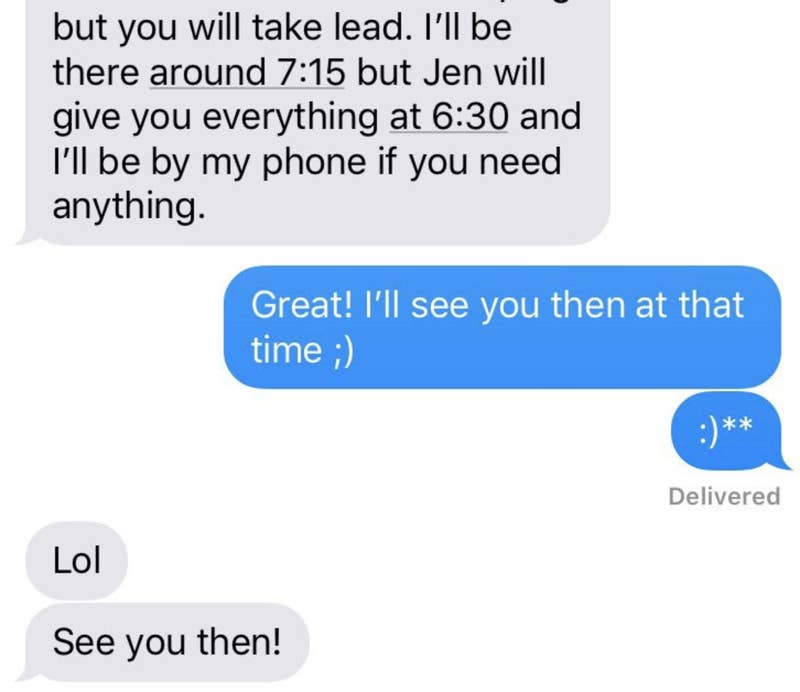 I thought you'd like to see the text message exchange I just had with my boss. Don't say I didn't try!
(Tomorrow's forecast: 78°) pic.twitter.com/64tVktLjOV

29. This person who sent their boss a raunchy St. Patrick’s Day message.