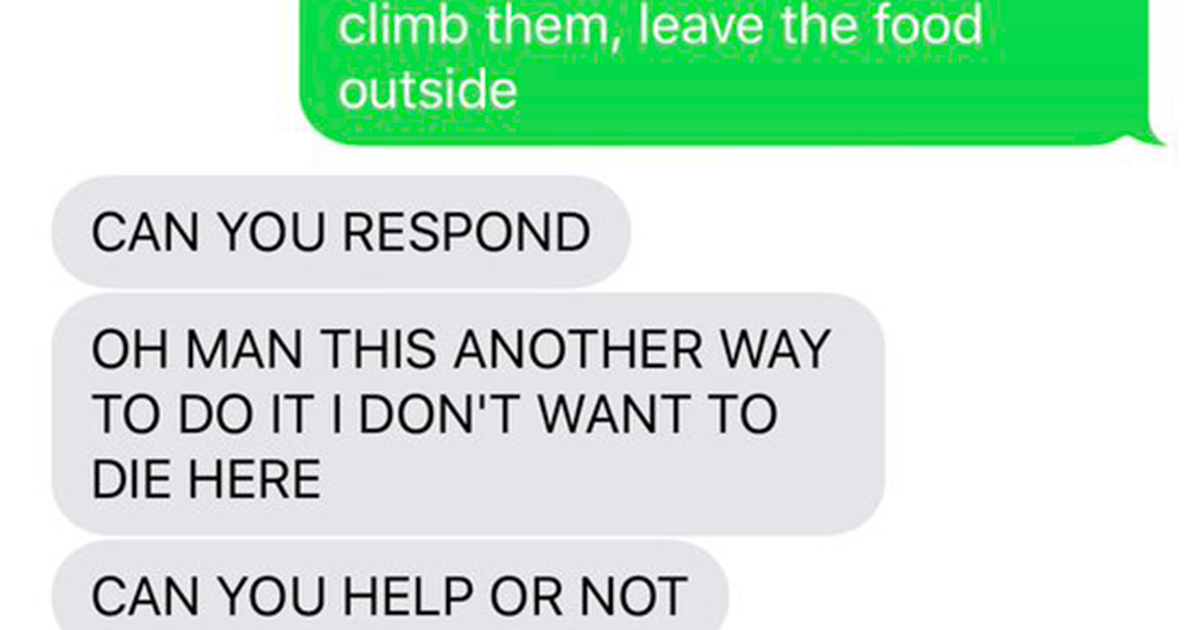 Everyone loves the ease of food delivery. Whether you’re suffering from a crippling hangover, are stuck in back to back meetings, or just feel like succumbing to laziness, having someone bring food to you is one of the best conveniences available.

That being said, these are just a few of the most ridiculous conversations people have had with their food delivery drivers and they’re sure to make your day.

1. This driver had very little patience:

He never showed up pic.twitter.com/GpU1AWRMMC

3. This driver stopped in for a drink:

4. This driver brought out his Carley Rae Jepsen:

5. This conversation was full of super bitmojis:

My boyfriend ordered Postmates and the delivery guy texted him and this is the greatest conversation I’ve ever seen pic.twitter.com/6ZyuwZQTUj

6. This driver was pretty adorable:

My Postmates driver muster texted me Nom Nom Nom. Should I be concerned? pic.twitter.com/pbtTjcnuxM

7. This driver shared their very own mixtape:

my postmates delivery guy texted me the link to his mixtape pic.twitter.com/zicVQvVxTC

The Seamless guy arrived with my food while I was in a call and rapid fire texted me 17 times before I could answer pic.twitter.com/Eh39T9vWXm

9. This driver was on a high horse:

Bruh wtf my favor driver delivered me Panda Express an hour ago and then texted me this pic.twitter.com/vBMiHWpWsY

10. This driver got a little too comfortable:

why is it everytime I order food the delivery guy sends me texts like this the next day pic.twitter.com/ri1V6Uhc3D

11. This driver identified himself right away:

My @Seamless delivery man just texted me "I am the one who knocks." Do I let him in or continue to sit shirtless on my couch? #BreakingBad

i asked my ubereats driver to drop off the order at our door and he said “were not required to do that” and I asked again as a favor and he did it. This was the text I just got lmaooo @UberEats this is childish pic.twitter.com/6za1fAxWO9

13. This delivery driver got an accidental request:

14. This driver had to return to the same house:

We got the same favor driver as we did last time and we ordered the exact same food and he texts me this lmaooo pic.twitter.com/7cWXriTYOS

15. And this driver was full of memes:

This text from my delivery driver actually made me LOL in a meeting 😂 THANKS FOR DELIVERING FREE CHICKFILA! @Favor 🍴 pic.twitter.com/rXQGbacr6I