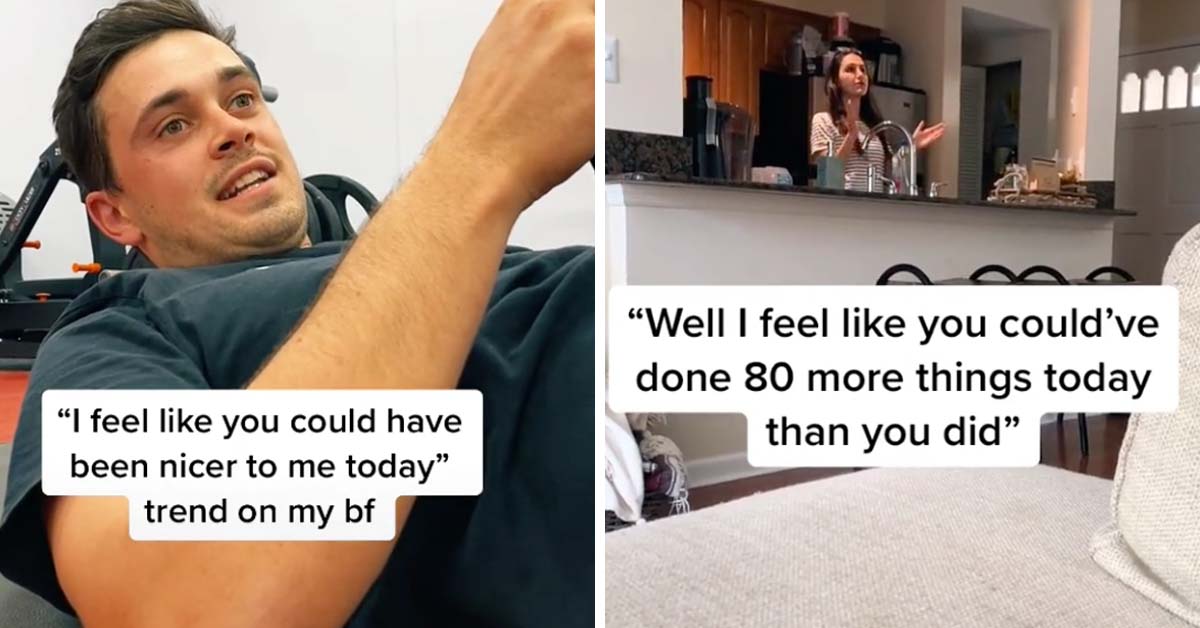 TikTokers are pranking their significant others by telling them “you could’ve been nicer to me today” and filming their immediate reactions. Some partners were concerned, but other TikTokers got no sympathy, or decided to film their partners at their wits’ end and got berated in the process.

People loved the couple’s good-natured reaction and their video blew up.

@georgieandzacRepost: making more tonight 🤞🏽 “I feel like you could have been nicer to me today” trend♬ original sound – georgieandzac

The trend took off and many TikTokers filmed their own partners’ reactions.

TikTok user @okmidd’s video went viral when viewers fell in love with her boyfriend’s adorably concerned reaction when he thought his girlfriend was upset.

Many people had similar worried reactions.

@gennalmarieTried the “you could have been nicer to me” challenge. He walked over and gave me a hug after 😂😭 ##husband ##nicertome ##couples ##fyp♬ original sound – gennalmarie

Other users got smart responses including “I was nice to you yesterday.”

Some unfortunate TikTokers filmed their significant other after a long, stressful day and got no sympathy.

“TikTok trends will be the death of my marriage,” user @mikeandkat captioned his video.

The hashtag #nicertome already has 6.2 million views, and the trend is starting to spread on other social media platforms.