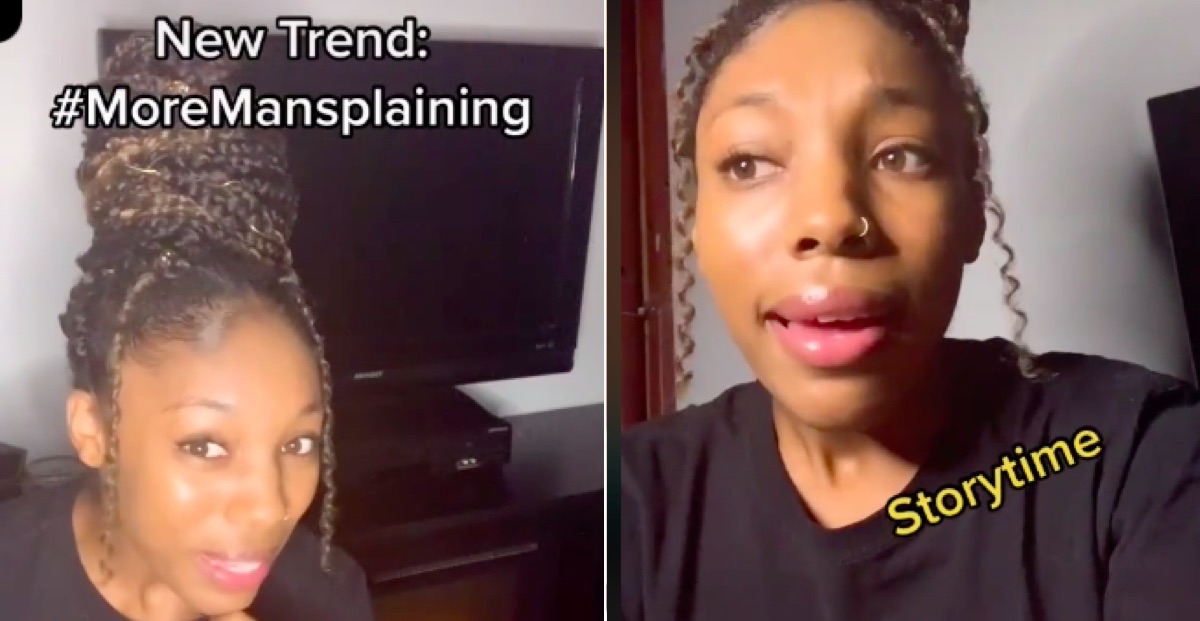 Despite how often women complain about mansplaining, it will not end. Dudes will probably always want to explain things to you. Usually, I just turn on Apocalypse Now and let them have their fun, but sometimes mansplaining gets personal. Sometimes men want to explain really intimate details of your own life to you and it goes from being a boring background hum to an actual offense.

TikToker @tblizzy, or Tyra Blizzard, has coaxed story after story of mansplaining out people after sharing her own story of her boyfriend explaining her period to her. Basically, she said she’d asked him to grab something out of her purse and he found what he considered way too many tampons. When they argued about it, he insisted that at most she would need two if she was caught out unawares.

She then asked people to stitch or duet her TikTok with their own stories, and it really took off. Buzzfeed interviewed her about why brought the story up.

“I was inspired to share my mansplaining story from the experiences I was having with a new male friend,” she said. “He had a habit of mansplaining ALL the time. I had a feeling that mansplaining was a common issue — however, I needed to confirm my suspicion. I realized he was not the only man to mansplain things to me, so I decided to bring my experience to TikTok. I wanted to know if mansplaining was truly as prevalent as I had suspected — spoiler alert, it is.” That’s for sure:

1. A woman had a man try to tell her she was employed as a paralegal when she was an attorney.

3. A guy explaining why women need to be catcalled

4. A World War II movie gets a man viewer’s commentary.

What is sticky and clean at the same time? @tblizzy #mansplaining #knowitall #funny #divorce

6. Explaining how much of your tampon should go inside you on a date.

7. Having someone explain your pregnancy to you.

8. A guy tried to school this college professor.

9. An IT professional is right at the center of the problem.

#stitch with @tblizzy he was just trying to scare me, it went poorly. #cybersecurity #informationtechnology #moremansplaining #fyp #foryoupage

10. Citrus fruits aren’t a safe topic of conversation either.

#stitch with @tblizzy not my usual harry potter content, but i wanted to join the trend. new pov tmrw! #fyp #ThatWitch #FallDIY #moremansplaining