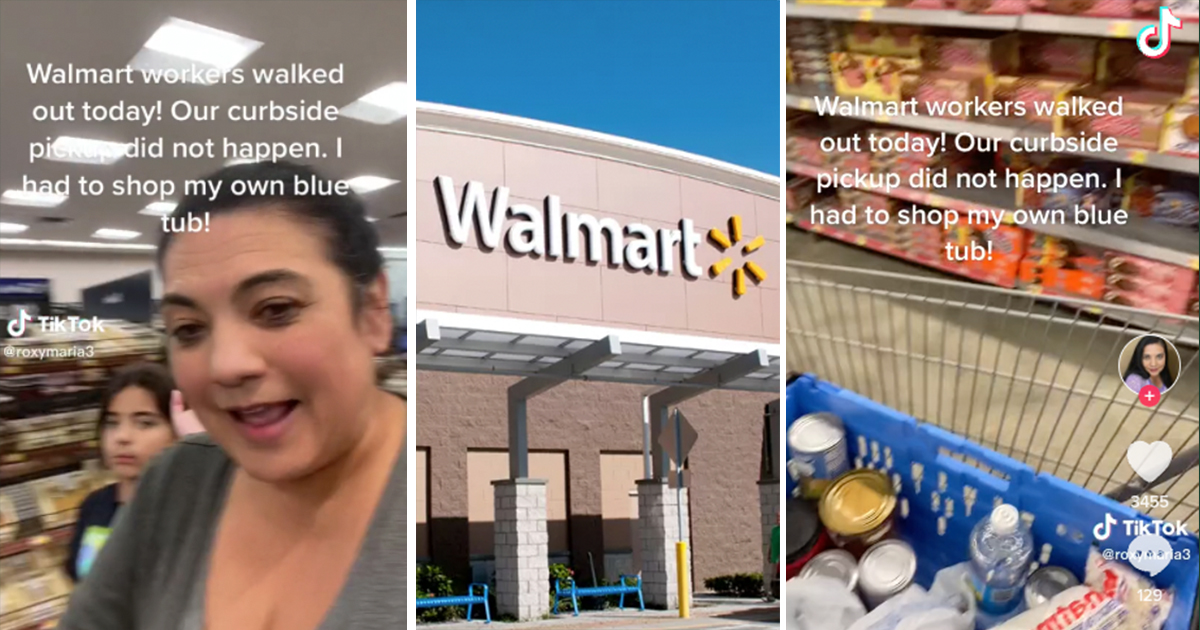 A woman and her daughter sparked a debate on TikTok after posting a clip of the two of them picking up their curbside order in Walmart- blue tub and all. The pair was forced to go in the store and get their order in person after the Walmart employees in charge of the operation executed a walkout.

The video ensued conversation on the situation about whether or not the Walmart workers were justified in their decision. Some commenters noted that this past week’s Thanksgiving holiday was overbearingly stressful.

I work grocery pickup at Walmart, and the last week has been insane for us! it’s been hard to keep up with the demand and it can get overwhelming

The 15 second clip posted by roxymaria3 showed her and her daughter walking through the store ranting that they were forced to shop inside.

In the clip, the mother says: “OK, so now we are going to fill up our blue tub ourselves because people walked out of Walmart,” From behind her daughter says,

The OP continues, “I know, we hate it; we’re not happy-” while her daughter reitertates in the background,

“No, I hate Walmart.” Her mother continues,

“We tried to make it easy on ourselves but that didn’t work.” And the clip ends.

In a recent Walmart ad, the mammoth company announced that, despite inflation, they would be offering Thanksgiving meals for families at “last year’s price.” They stated, “We’re removing inflation on an entire basket containing traditional Thanksgiving items,” increasing their publicity for curbside pickup in the same release.

Viewers in the comment section didn’t exactly back Roxy’s thinking like she thought they would, instead they responded with some very sarcastic comments:

A few other commenters sympathized with her situation, however, since most were aware it’s the higher ups in corporate businesses that can make life miserable, no one bashed the Walmart employees .

What are your thoughts on this situation? Did any similar walk-outs happen in stores around you?