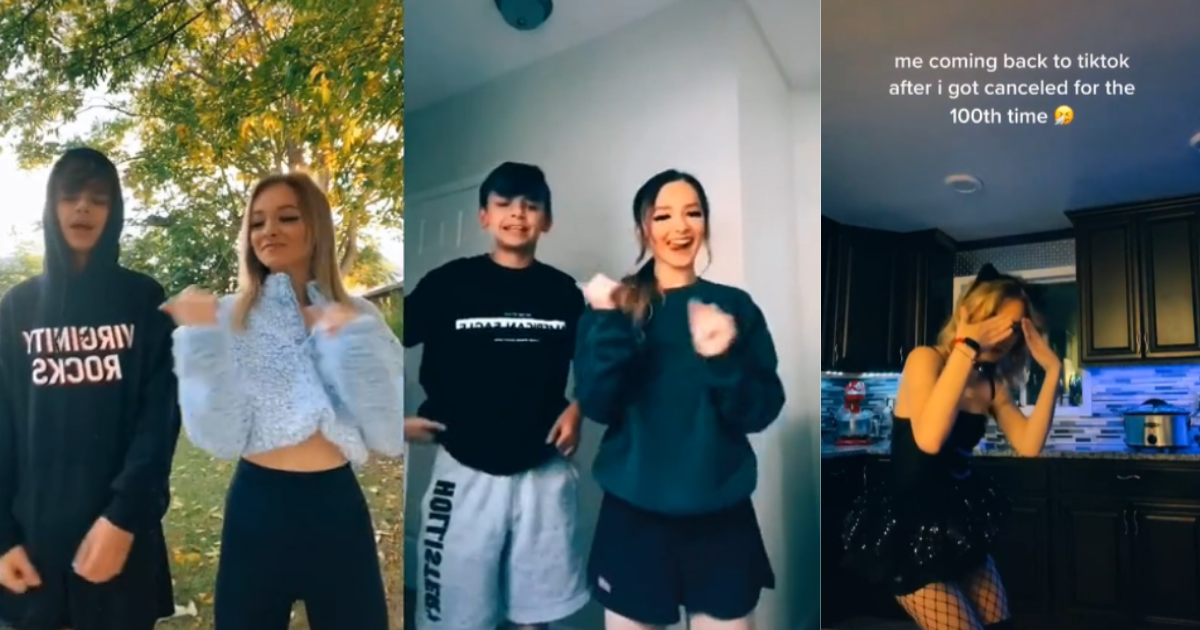 Zoe Laverne has 18 million followers on TikTok and if she were to fall for one of them, we’d hope they’d be of age. She has a lot of options to choose from!

Laverne was recorded kissing a 13-year-old fan and later admitted to “catching feelings” for him.

There’s a lot to unpack here, so let’s rewind a second. Laverne’s TikTok fame is due to her lip-synching and dancing videos, which is a popular trend on the app.

The 13-year-old in question is frequent collaborator, Connor.

#duet with @zoelaverne duetting every time we see each other!! @cxnnorjoyce ❤️

People learned about the inappropriate relationship when messages between Laverne’s ex-boyfriend and former friend leaked. In the message, her best friend admits why the two are no longer friends:

“I left because of her interactions with Connor. They got very intense and it’s something I do not stand by what so ever. It’s pedophilia.”

♬ middle of the night – elfixsounds

A few days after the texts were revealed, a video of the two kissing emerged. Laverne live-streamed her apology and attempted to clarify her situation.

“I didn’t groom Connor, I wouldn’t do that. He’s a kid and I’m aware of that. It just happened,” Laverne said. “We both were in a dark place when we first became friends and we both just ended up catching feelings for each other. And friends do that, they catch feelings for each other. That’s not a bad thing. Yes, the age is a bad thing. Yes, it’s wrong. Yes, it’s not good. We both realized that and we stopped.”

According to Laverne, she and Connor are no longer in contact with one another.