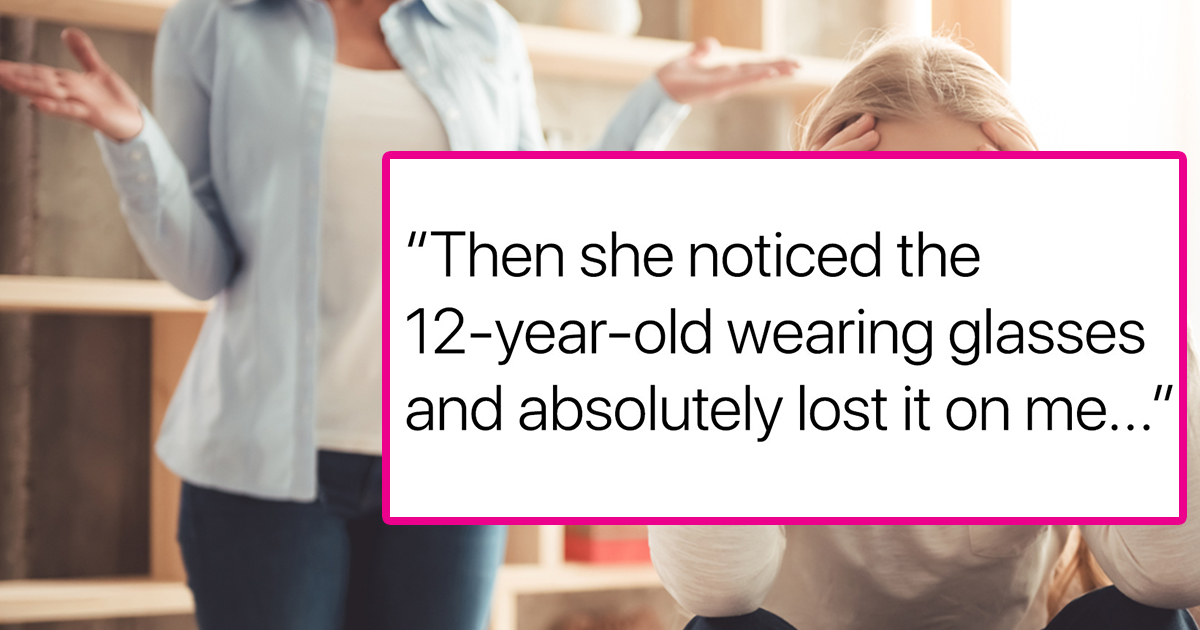 It’s hard to know when it’s time to intervene when a parent’s belief system starts to step over the line from rigid to abusive. It can start off small, and then quickly spiral out of control when no one steps in.

This story from Reddit user throwaway20030420 is about a parent who has completely lost touch with what’s appropriate and how they had to step in—and they’re only 18-years-old.

The OP says their aunt is a “self-proclaimed hippie” who doesn’t believe in modern medicine, vaccines, and apparently even glasses. She has apparently denied the OP’s cousin access to eyewear for their bad eyesight.

She also has a very rigid diet for them. the aunt lost her job after refusing to get vaccinated and moved in with OP’s family and they ended up having to babysit.

When I started taking care of them my aunt sat me down in front of a long list of what they cannot eat which said: no fat, no spices, no sugar, no carbs, no dairy among many other requests I found ridiculous.

I should state this, both of my cousins are skinny to the point some would consider them malnourished so the fact that they had to diet on top of that was ridiculous.

At first I obeyed her rules, they’re her kids not mine after all. But after a while I started noticing how the diet affected the kids. They never had enough energy to do anything, didn’t want to run or play like most kids their age and just looked miserable in general.

It was then that I decided to start putting forbidden food in their meals, after a while of me doing so they both gained some healthy weight and began playing like most kids their age. My aunt didn’t notice anything so I got bold and took my cousin to the optometrist to get his eyesight checked, turns out he was -1.25 on both eyes. I bought him glasses and told him to wear them whenever my aunt wasn’t around and he thanked me later saying he can finally see the chalkboard at school.

Things were improving and then the OP got busted when the aunt happened to walk by the park while one of the kids was eating mini-Oreos and saw her kid wearing glasses:

She confiscated the glasses and now moved temporarily to my other aunt’s house while I’m grounded till further notice. My grandma is the only one supporting me on this issue saying that my aunt borderline abused those kids by depriving them of food and medical assistance and that I did the right thing by trying to put a stop to it. My friends are conflicted, some say it’s not my place to dictate how others raise their children and some say they would’ve done the same.

The comments are definitely all on OP’s side and many of them have urged for a call to Child Protective Services.

The OP said in an update that they have decided to reach out to the school counselors and find a way to get their cousins the help they need.

Sometimes you need Internet strangers to show you how serious stuff has gotten.