Renters know that their number one enemy every first of the month is their landlord. Even if the place you’re renting isn’t a total crap hole, they’re still taking the biggest chunk of your income every thirty days. And let’s face it, your place probably is a crap hole. Most landlords don’t respond well to tenant complaints about repairs or bugs or turning the heat off and on. You’re an annoyance to them and they’re an annoyance to you.

That’s why there are so many laws protecting renters. Otherwise, landlords could and would do whatever the want. While you might suspect your landlord would do some awful stuff if they could get away with it, you can’t actually confirm—unless you’re reading their secret message board where they incriminate themselves.

Podcaster Tony Wagner shared screenshots of what he says is a landlord’s message board called “bigger pockets.” The things landlords are willing to say to one another are pretty shocking:

found the worst site on the net: a message board for landlords called biggerpockets dot com pic.twitter.com/ZKyjtW7lrz

Like this landlord who makes his requirements so high that no one can rent from him, then mocks them for not being richer: 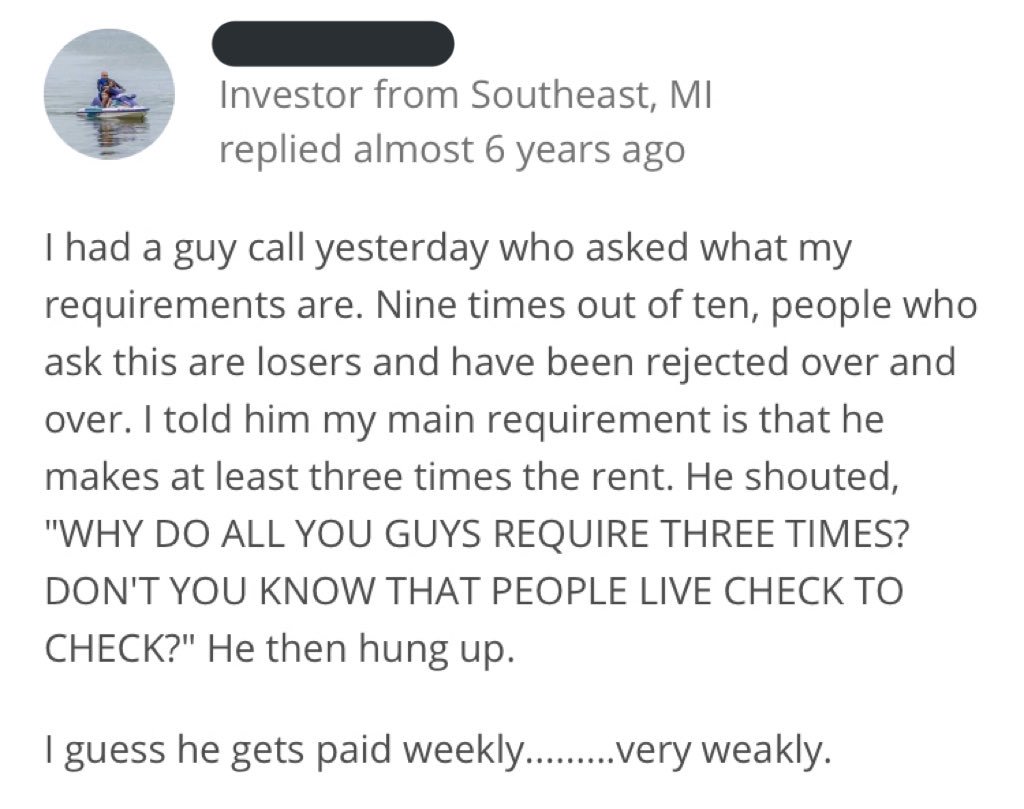 Or the guy looking to charge yet more fees to all of his tenants—without technically breaking the law.

Or the rental property investor who admits to discrimination: 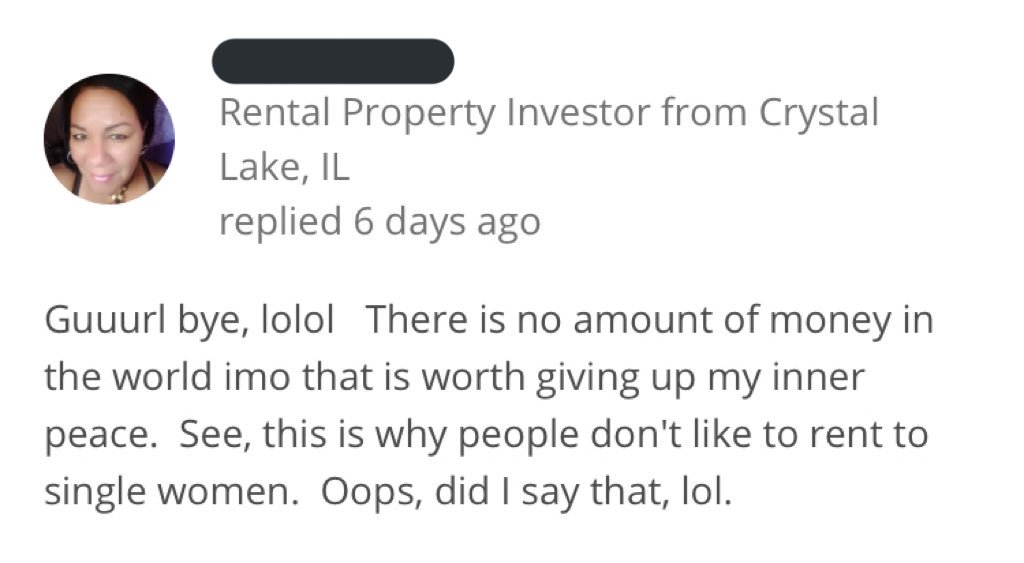 And finally, the guy who is cool with a little boy being bit by spiders: 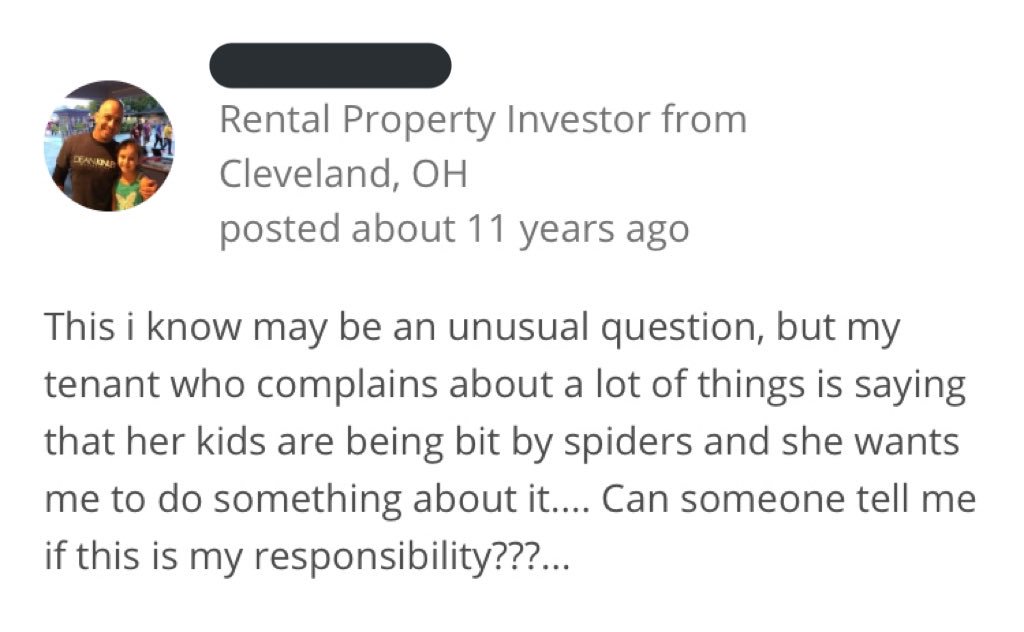 The post has got a lot of people pretty pissed off, and sharing other examples from the board of terrible landlords.

How about instead of landlords and no pets we have pets and no landlords?

this one is also a greatest hit: “what lie can i tell to these dirty ignorant poors to make them accept a rent hike?” pic.twitter.com/6DzgQ9imvw

“I’m trying to build a throne out of the stacks of cash I stole from my tenants, but the mixture of their blood and tears that I’m using as glue isn’t holding well. Anyone got any suggestions?”

For every ten people outraged by these bad landlords, there’s at least one who sees themselves as a future real estate entrepreneur who is offended by the suggestion that no one should make stacks of cash off housing. It’s a pretty contentious issue, probably because there is such a disparity in where and how people live. We also live in a culture where homelessness is treated as “normal” and there’s a general contempt for anyone living in poverty.

But here is a good point about all that:

It is true, however, that not everyone who owns an apartment building is wealthy. They’re just a lot wealthier than everyone living inside it. Rent strike for spider bites!