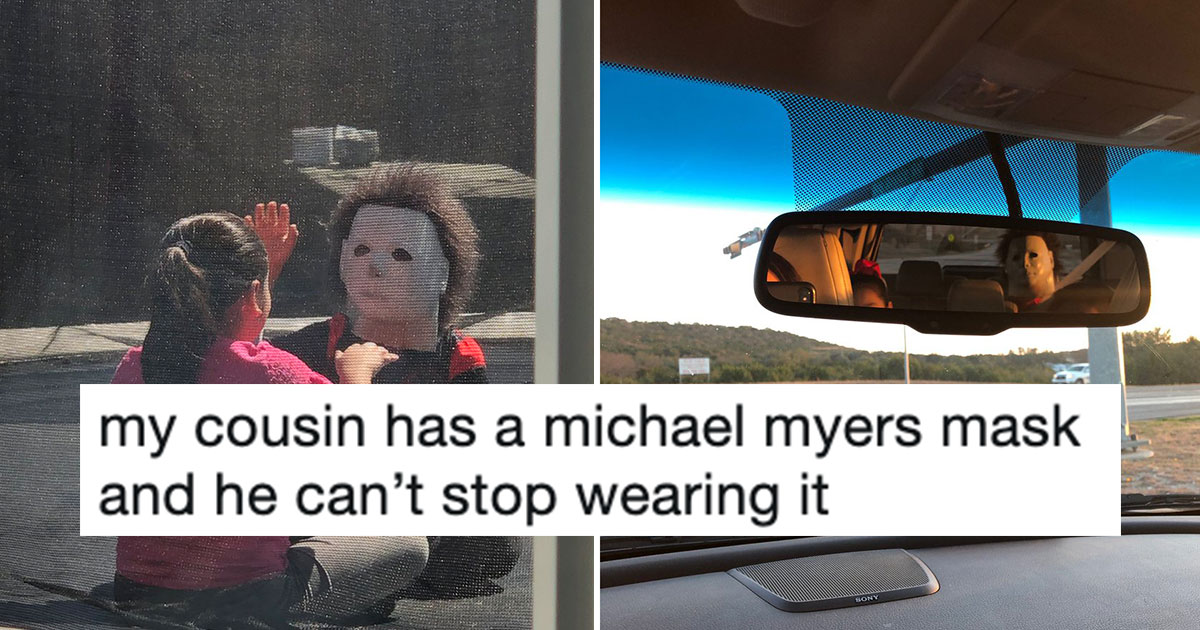 Kids are notorious for saying some pretty random things. Most of the time it’s hilarious nonsense or persistent questions. But every now and then, something truly terrifying comes from those tiny lips.

Much like the Shining twins, kids have the ability to be downright creepy. Just take it from each of these parents who are sharing the creepiest things their kids have ever done.

Roman just said to me "Lola is so cute. I just wanna cut off her head and carry it around with me" #creepykid #firstborn #hereallylovesher

Told my 3yo daughter to stop poking me with her pliers. Her response: "but mama, I wanna take your skin off." #creepykid #freakedout

He's 8 now, but when my son was 3, he stood in front of the meat section at walmart and said "Ah, the future of us all". #momlife #creepykid

My daughter informed me that the "dark makes her do bad things" I'll be sleeping with ask the lights on thank you. #shitmykidssay #creepykid

"This is the head store. I know where the heads are."

Newest addition to the 'my kid just said the creepiest thing list' – "Hey Mommy, can I summon some demons, please?" #parenting #creepykid

Teagan let us know that "life flies by. But after that you can start a whole new life…IN A COFFIN." #creepykid

That creepy moment when your toddler whispers 'say your prayers'…and waits a little before finishing 'like at grandma's house!' #creepykid

When your 4yo is just silently starting out the window….. Aaand the blinds are closed #creepykid #parenting

This little girl just walked by me outside the mall and was whispering while staring at me, "she's gonna die, she's gonna diiie." #creepykid

my cousin has a michael myers mask and he can’t stop wearing it pic.twitter.com/kzvog7VhKA

My 11-year old's birthday card to me. #blessed pic.twitter.com/URbZEQmmQa

4 yr old daughter is chasing mom saying "I am going to get flavor out of you by biting you" then she said she tastes like blood. #creepykid