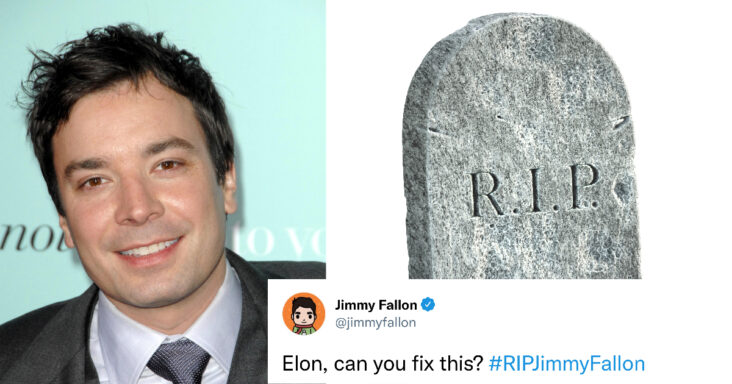 Fake Twitter #RIP hashtags have been around since the dawn of time (or at least, the dawn of Twitter).

Every now and then, we’ll see #RIP + [celebrity name] and wonder whether or not that person has really left this mortal coil. Sometimes they have, sometimes they haven’t. Welcome to Twitter.

Needless to say, it was a fake. Jimmy Fallon is alive and well.

But Fallon saw the hashtag and it clearly got under his skin. In an attempt to get it removed, Fallon reached out to Twitter CEO Elon Musk.

You’d think Elon could do something, right? Sadly, the Twitter boss was not much help. Musk responded: “Fix what?”

Then he referred Fallon to Twitter’s Community Notes team.

Ultimately, efforts to get the hashtag removed went nowhere, so Fallon took matters into his own hands. On a recent episode of “The Tonight Show,” Fallon opened the show with a gospel singalong.

Fallon danced out on stage as a choir sang, “He’s alive!” The audience loved it and it was a fun way to address the issue.