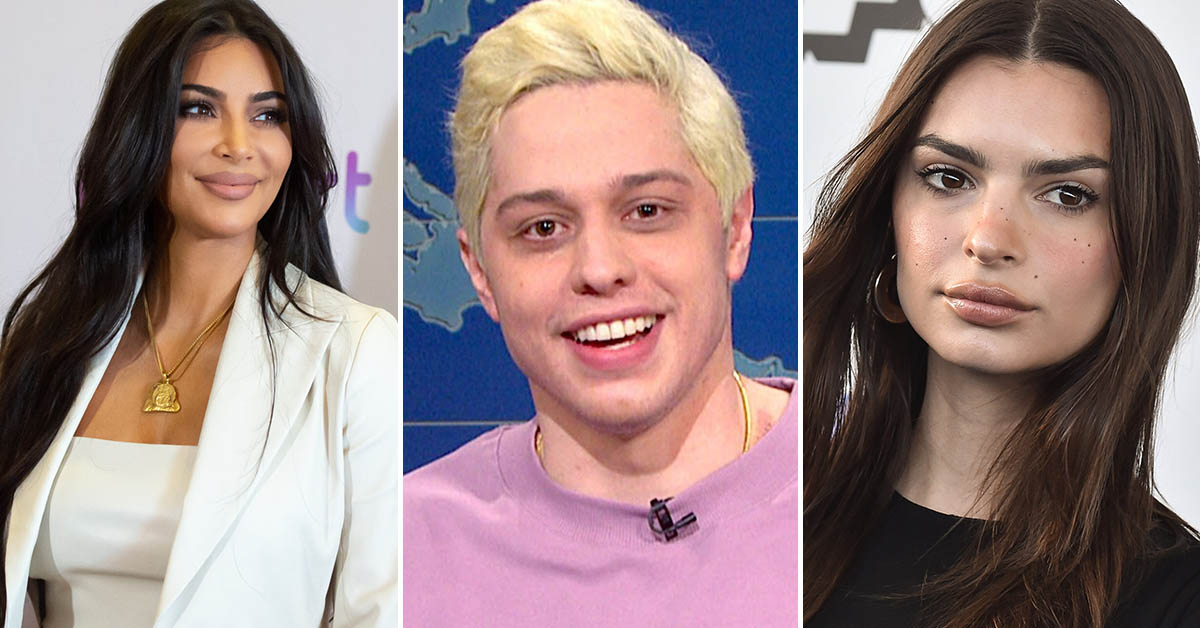 It’s no secret that Pete Davidson and beautiful women are like peas and carrots — they just go together for some reason.

And there have been countless articles written about why the comedian and Saturday Night Live alum is able to land the likes of Kim Kardashian, Ariana Grande, and more recently, Emily Ratajkowski.

And now we have an expert weighing in on the most important issue of the day: How does Pete do it?

For one, she credited his “powerful Alpha vibe” and reputation as someone who “measures his relationships in months instead of years.”

That makes him, James said, “like catnip” to Hollywood A-listers.

She said, “Pete is the guy with the goofy grin and the body language and fashion finesse of a party-loving teenager.”

(Did she just low-key call him a slob?)

James went on to explain Davidson’s appeal more, saying, “The more beautiful a woman is, the more she tends to attract the arrogant narcissist. Pete looks like the opposite, which could be refreshing.”

He also has a humble vibe, which she said women dig.

“Not only does Pete look like a man who is continually punching above his weight, he acts like it, too, with his body language,” she said. “He tends to look star-struck in a very flattering way.”

Being a comedian also helps, she said, because it gives off an “alpha vibe,” which is a nice break from Hollywood where celebrities “take themselves a little too seriously.”

That’s probably helpful when you’re dating someone trying to get over a problematic ex (*cough* Kanye *cough*).

“Jokes can be as powerful as muscles when taking somebody down and Pete’s ability to crack great one-liners might be super-attractive, especially if he’s bringing a toxic ex down to size,” James said.

James said: “The minute Pete pulled his first A-list beauty he naturally become an object of desire for similar women. It’s a fame and status by association concept. Who would not be interested in dating the man who dated Kim Kardashian?”

So just like in regular life, the rich get richer. Just date beautiful people and more will flock to you. It’s just that easy!