Deciding who pays on a date can be a little tricky. Historically, men on dates with women tend to pick up the tab for food, drinks, movie, etc. But times are changing, and now it’s not so automatic. A lot of people think the person who did the inviting should be the one to pay, while others are happy to go dutch.

It’s just not a given anymore that a man is going to pay for a woman on a date, which is great, because it’s actually a sexist tradition and one that makes no sense.

Recently, a man going by CuteBananaMuffin on Reddit posted screenshots of his text conversation with a woman who was absolutely furious that he didn’t pay for her very expensive dinner on their first date. He didn’t even know she was mad until he texted her asking for another date, and then she went off on him. 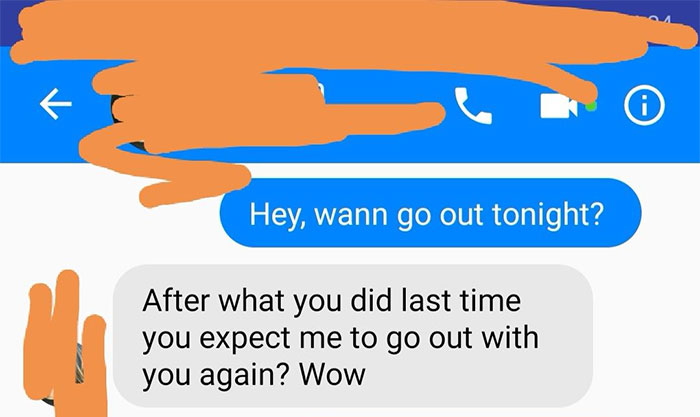 Since she was the one who did the inviting, our buddy CuteBananaMuffin assumed she’d be paying for her own food. Plus, she ordered LOBSTER. I mean, why do that if you’re expecting someone else to pay? That’s a lot of money. And on top of that, as he mentioned, he’s just a student. How could he be expected to afford that? 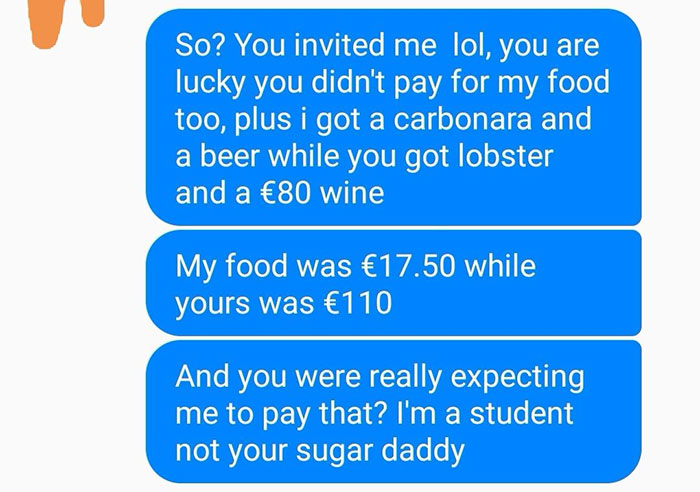 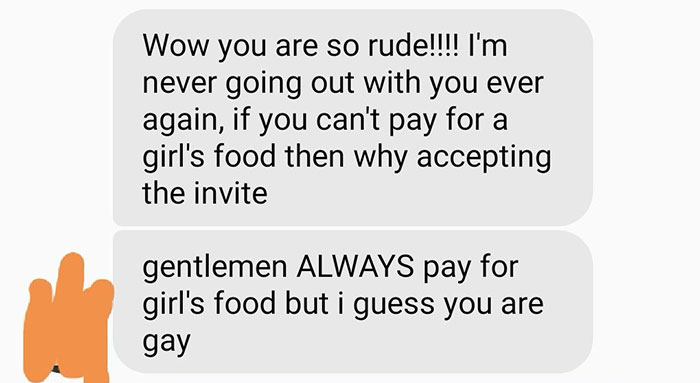 Wow, she’s living in the past if she thinks the man is ALWAYS going to pay. Come on. 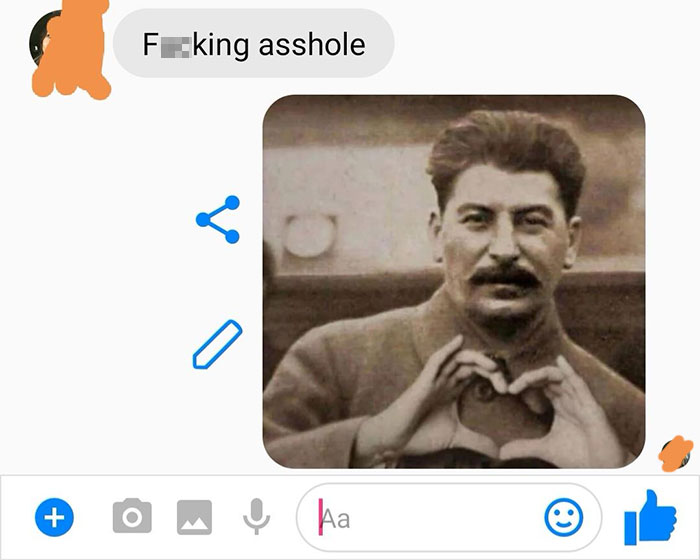 Well, at least he was honest with her!

“The date was fun at first until she started talking about another guy and how much he liked him, but I thought ‘let’s eat, talk and leave’ since she’s into another guy, and it all crumbled when it came to the bill. She was shocked that I let her pay. She didn’t say anything at the time, but from her facial expression, I realized she was furious.

I usually pay for both sides when it comes to the bill, but I’m a student and I work 60 hours a week to pay for food, books etc. so I obviously couldn’t afford to pay 110 euros for her food. I asked her out again to apologize pretty much for the previous time, hoping we can go to a cheaper place so I could make up for it, but as you can see, the result was really bad…”

Reddit users sounded off in the comments and pretty much everybody agreed with Muffin. 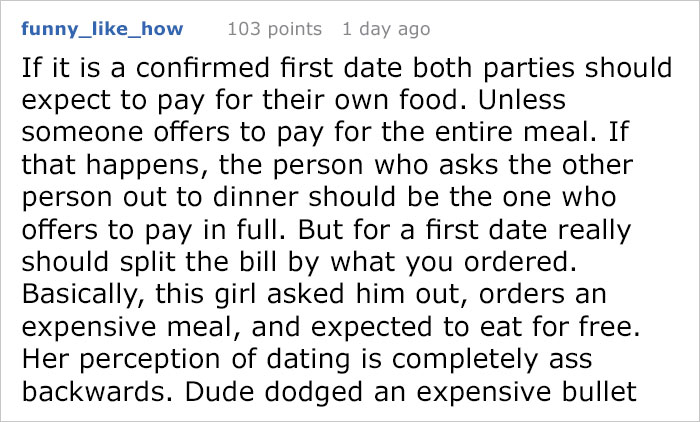 Time for this lady to join us here in the present, where women can have jobs and pay for themselves (and even their dates if they want!) when they go out. Also, again: LOBSTER?!