Gentlemen: If your girlfriend texts you the words “I want a baby” with no context or provocation, take a deep breath. It’s just a prank.

A really good viral Twitter prank started by @kelllicopter. Kelly explained to Bored Panda that she and her roommate “were a little tipsy and we were talking about babies,” when her roommate “said ‘I’m gonna text my boyfriend and tell him that I want a baby.” Kelly thought that would be funny and decided she’d text her boyfriend the same thing.

text your boyfriend “i want a baby” and screenshot the response

“I just wanted to see what boys would say in that situation because sometimes they get a bit squeamish about that kind of stuff,” she said. “There were a lot of ‘maybe one day’ kind of answers but there were also a lot of funny and unique ones too! I even saw one that was someone asking to play cup pong, just to avoid the question.”

People quickly began texting their partners “I want a baby” and sharing screenshots of the responses on Kelly’s Twitter thread. Here are 30 of the funniest ones: 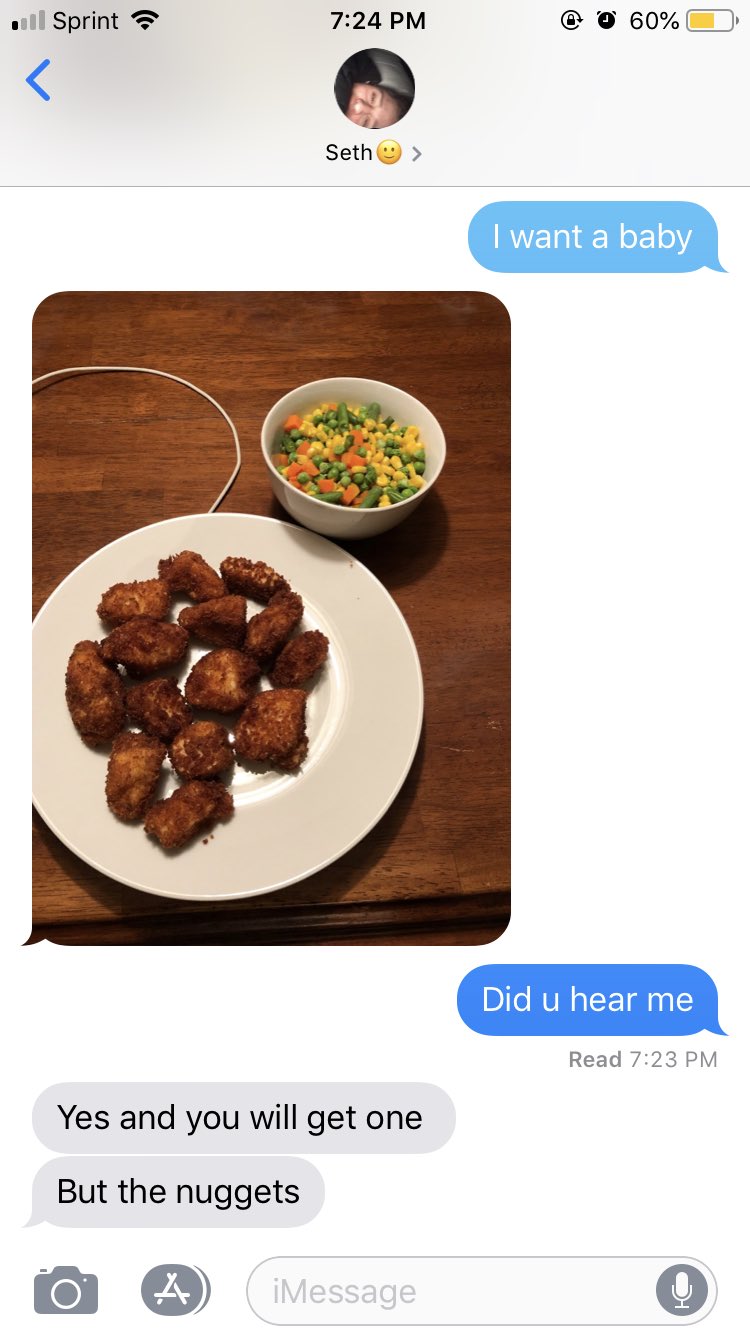