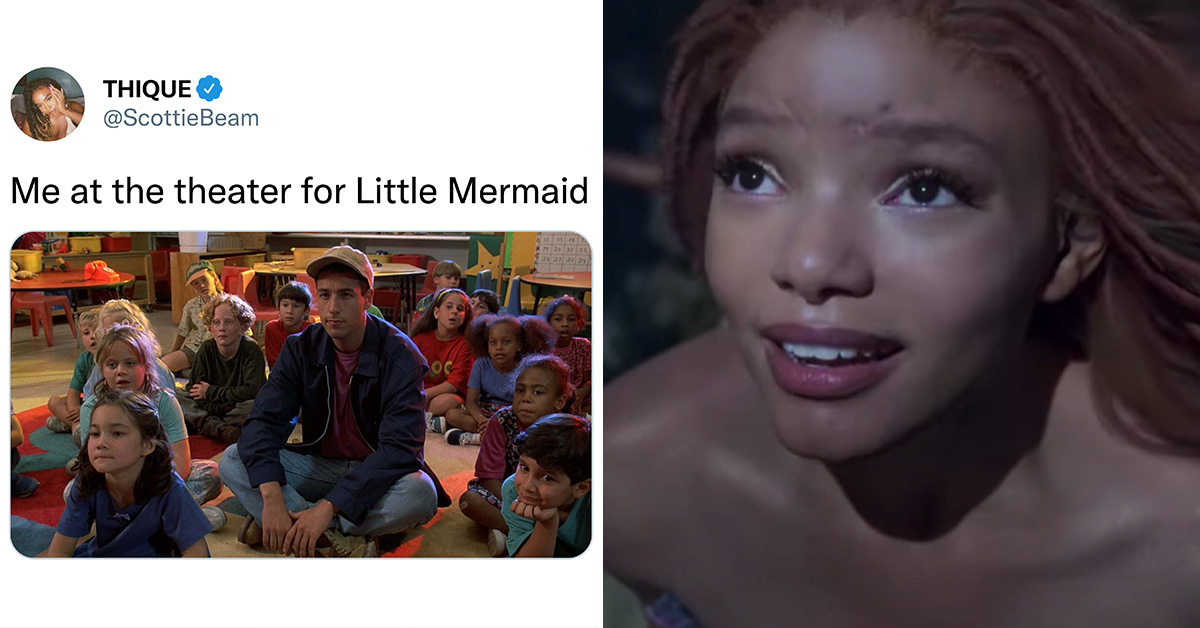 In the teaser, Bailey is seen swimming in the ocean to the Litle Mermaid’s secret grotto where she sings a few lines of “Part of Your World” from the 1989 animated Disney movie.

As soon as the teaser trailer dropped, fans responded with excitement.

Im literally crying. The little mermaid was my favorite movie as a child and I always played ariel when I was swimming. Seeing a black woman play her in the live action warms my entire heart so much i cant even express it. Love you so much Halle 🫶🏽🫶🏽 https://t.co/uzyL3yxC7I 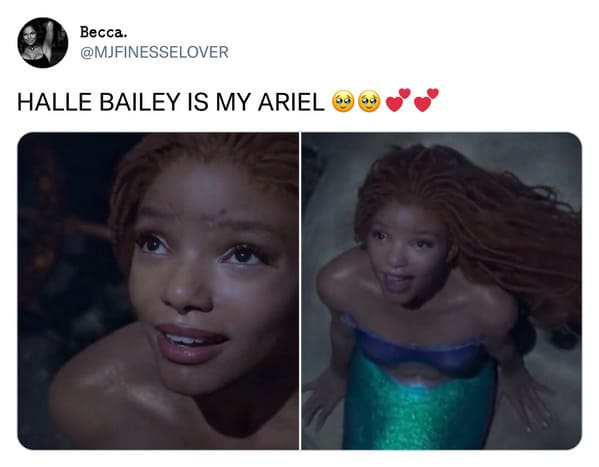 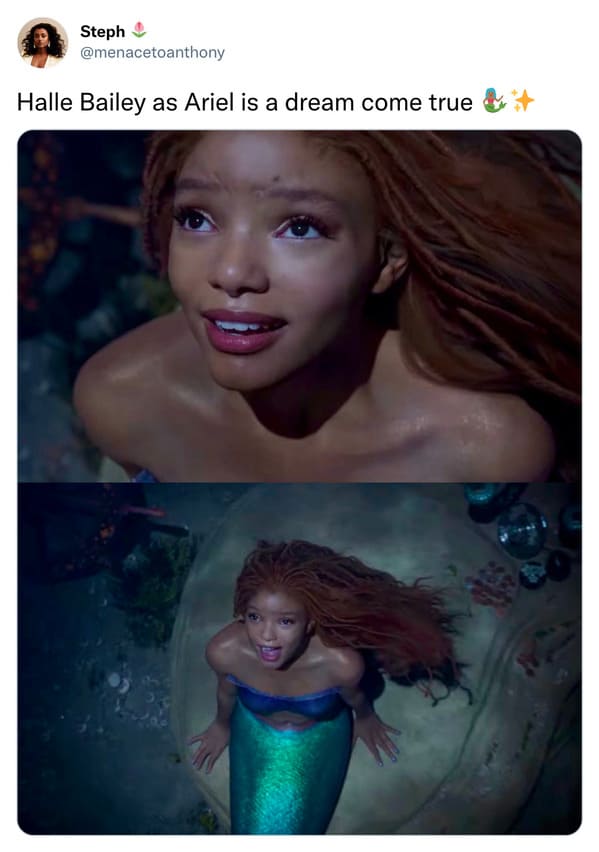 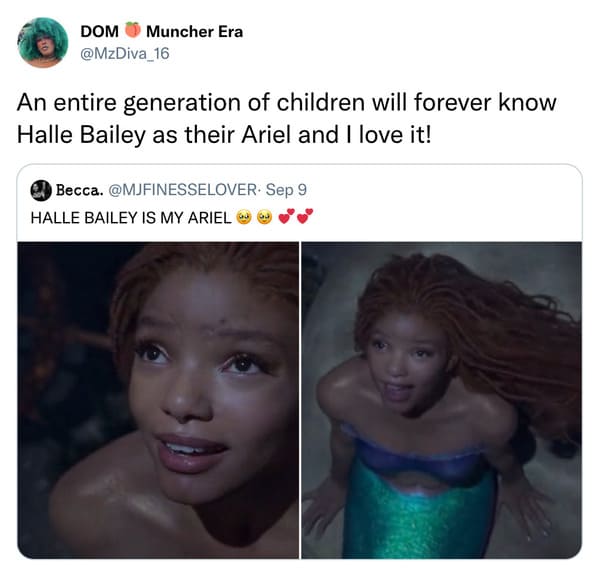 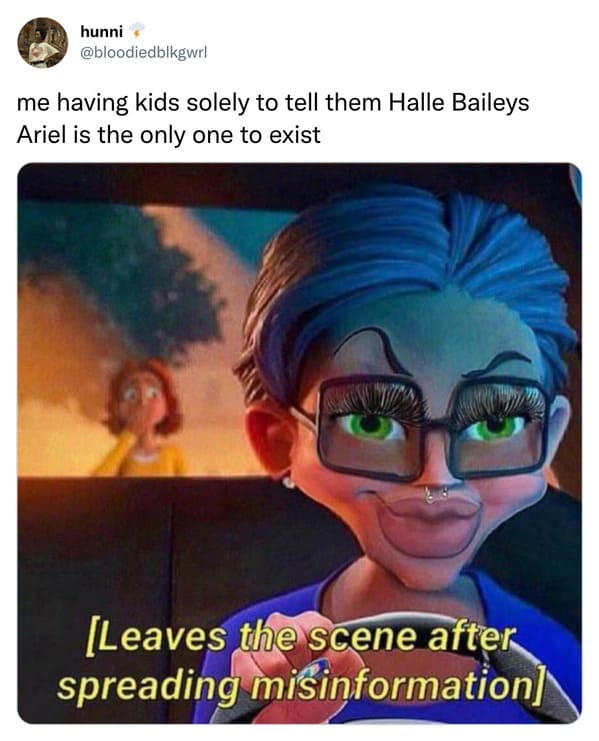 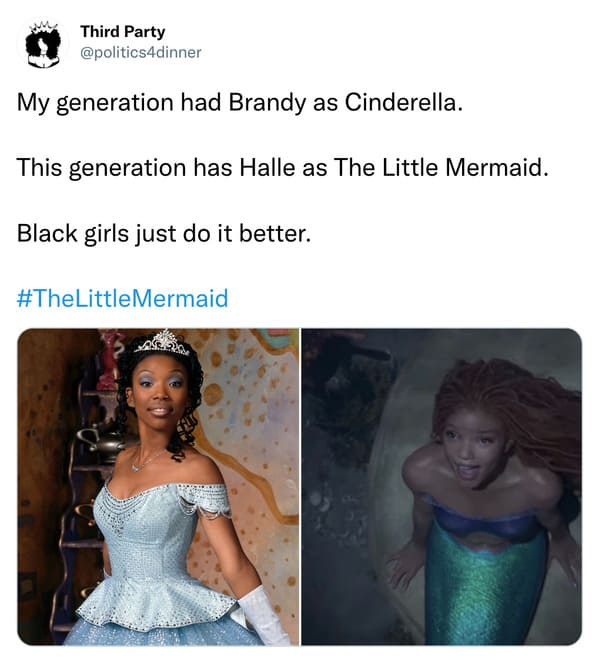 ARE YOU HEARING THIS????????? HALLE BAILEY WAS BORN TO BE ARIEL! #TheLittleMermaid pic.twitter.com/WOwQJy3Pqf 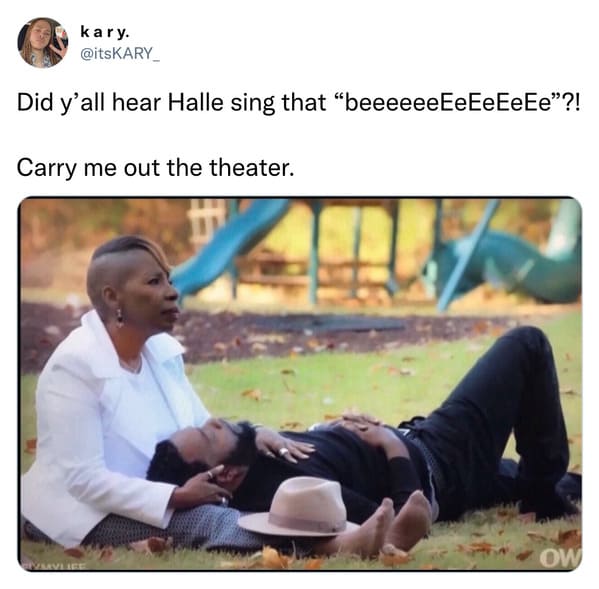 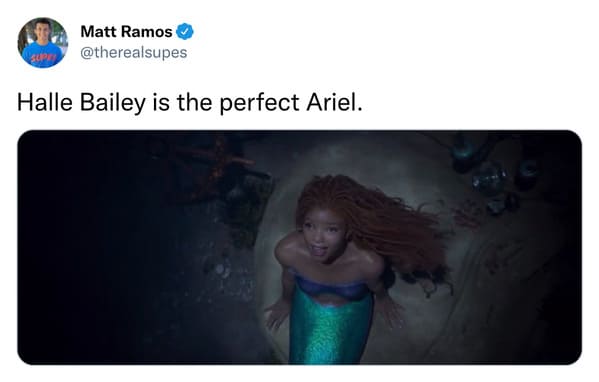 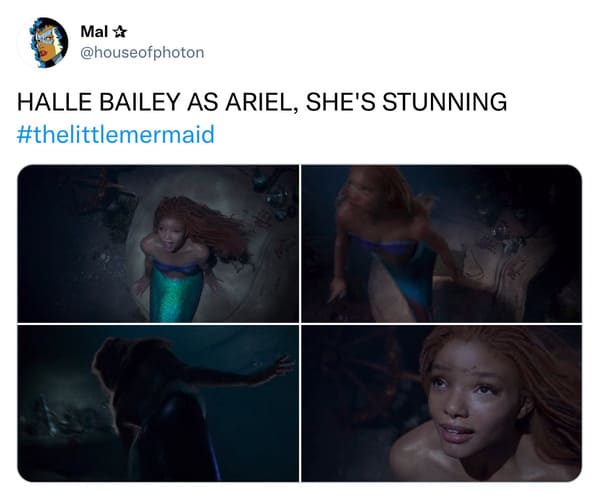 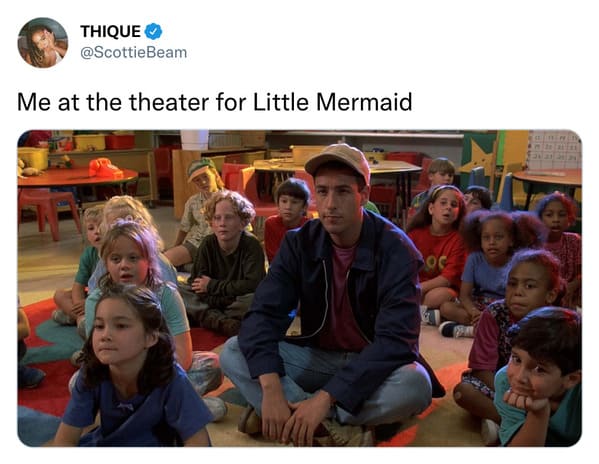 halle actually grew gills to sing at the bottom of the ocean! some of y'all are never this dedicated!
pic.twitter.com/CQSEpJdixU

and ykw i hope everyone who said Halle couldn’t be Ariel just cuz she wasn’t a ginger is miserable and fuming rn pic.twitter.com/6Yb54X48gn

Halle is Ariel and there’s nothing you can do pic.twitter.com/spL3EIo3CP 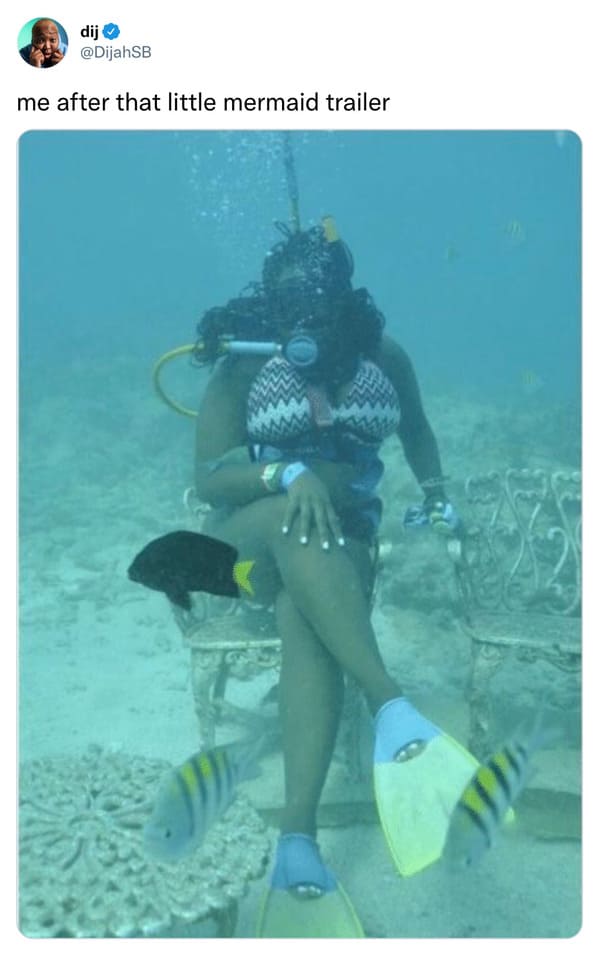 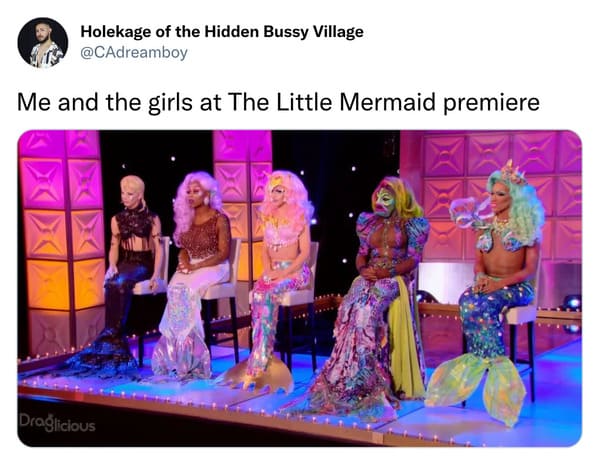 me on my way to the live-action little mermaid premiere pic.twitter.com/QyllxZGTzV

However, there seem to be some people who for some reason take issue with it. 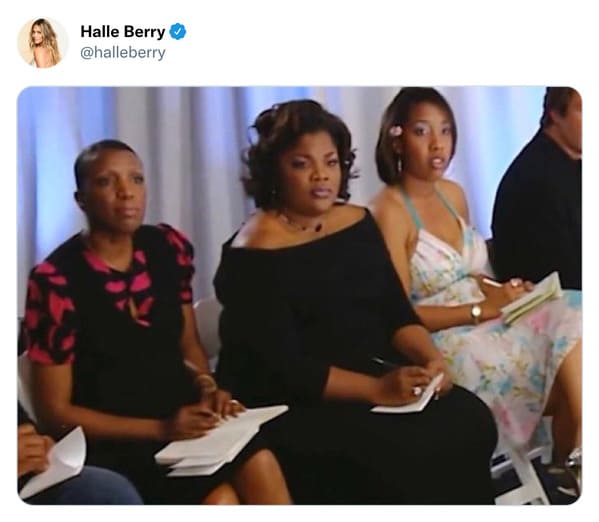 And then this wonderful tweet to sum it all up 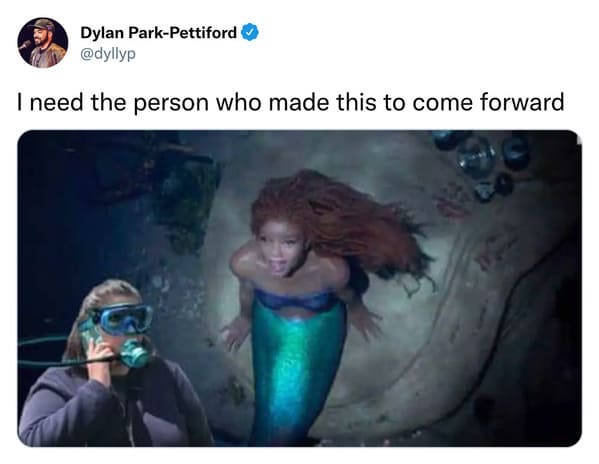