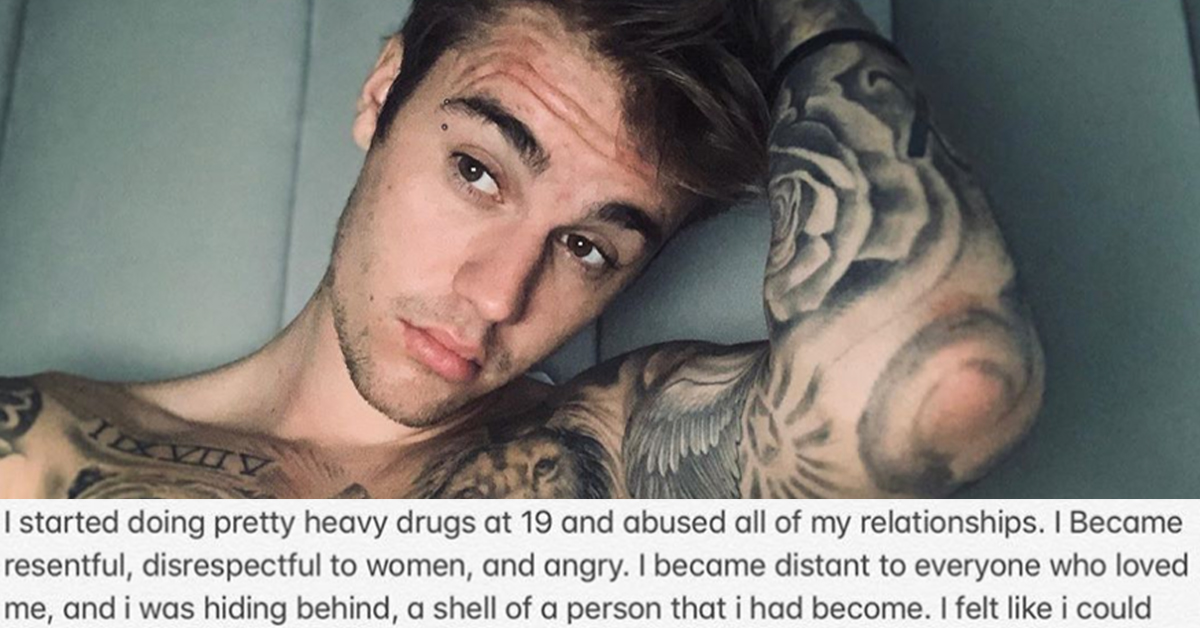 Justin Bieber is coming clean about his past drug use and how fame at a young age almost destroyed him.

“It’s hard to get out of bed in the morning with the right attitude when you are overwhelmed with your life, your past, job, responsibilities, emotions, your family, finances, your relationships,” the 25-year-old singer wrote in an intimate letter he posted on Instagram.

Justin Bieber, who became a huge star at age 13 after being discovered covering songs on YouTube, explained how he felt too much pressure at such a young age—and that to expect a child to make adult decisions is messed up.

“Have you noticed the statistics of child stars and the outcomes of their life? There is an insane pressure and responsibility put on a child whose brain, emotions, frontal lobes (decision making) aren’t developed yet.”

“Everyone did everything for me so I never even learned the fundamentals of responsibility. So by this point I was 18 with no skills in the real world, with millions of dollars and access to whatever I wanted. That is a very scary concept for anyone. By 20, I made every bad decision you could have thought of…”

In order to cope with fame and pressure, Bieber turned to drugs, he writes.

“I started doing pretty heavy drugs at 19 and abused all of my relationships. I became resentful, disrespectful to women, and angry. I became distant to everyone who loved me, and I was hiding behind a shell of a person that I had become.”

It’s unfortunately a narrative we’ve come to expect from artists and musicians who experience celebrity too soon and are enabled by irresponsible adults in the entertainment industry.

However, Bieber seems to have a good grasp on the dynamics at play in his situation and says he is in a much better place.

“Luckily god blessed me with extraordinary people who love me for me. Now I am navigating the best season of my life: ‘MARRIAGE!’ Which is an amazing crazy new responsibility. You learn patience, trust, commitment, kindness, humility, and all of the things it looks like to be a good man.”

Celebrities and fans commented on Bieber’s confessional post, praising his candor and wishing him the best.

“All this to say even when The odds are against you keep fighting,” Bieber said in closing.

Bieber married Hailey Baldwin in September 2018 in a Manhattan courthouse ceremony. The two are having a more formal ceremony in South Carolina at the end of this month.