There’s no shortage of lore about Keanu Reeves. Stories range from him riding the subway like an average joe, to him being an immortal cryptid. However, the one constant thread through all of them is this: he’s a really nice guy.

Let us celebrate this great man (or godlike being) by reading some of the encounters people have had with him out in the world, where he time after time shows us he’s just a regular guy with a good heart.

In honor of John Wick 3 I have a Keanu Reeves story. 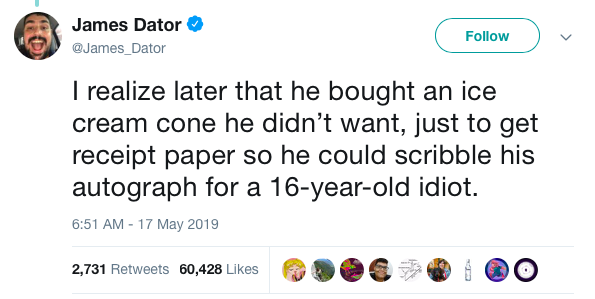 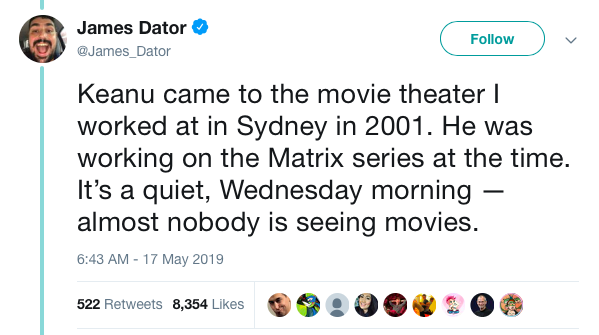 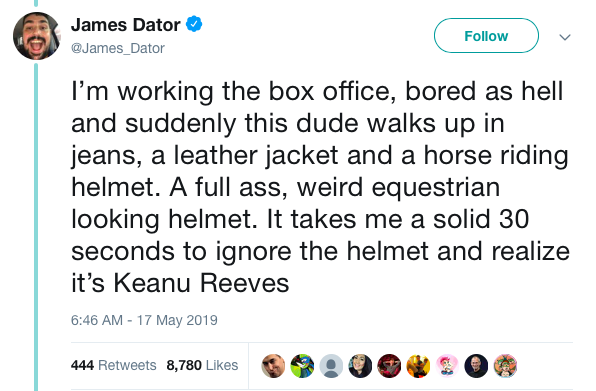 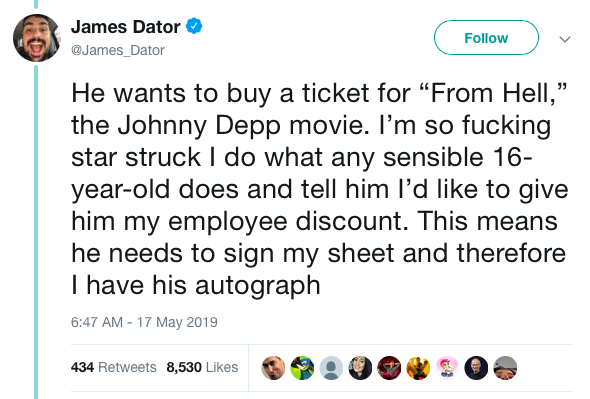 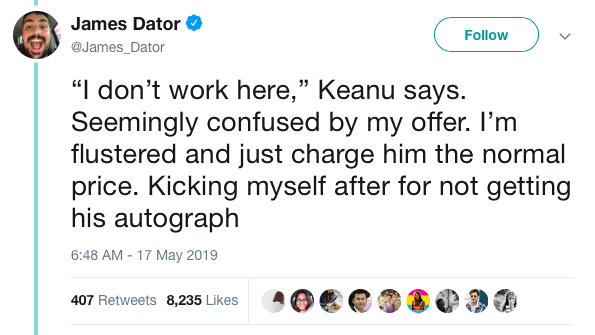 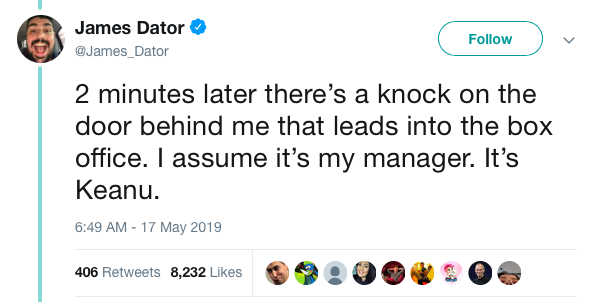 Keanu 4ever. Saw this man sitting on a fire hydrant in NYC. A fucking fire hydrant. & he looked cool doing it. Mustered the courage to speak to him as he’s getting up & he was the nicest guy on the planet. Let me take 2 selfies because my hand was shaking too much the first time. pic.twitter.com/XvQKPix1cX

Shortly after bill and Ted came out, 8 year old me saw him at Newark airport. Went up to him and asked “are you keanu reeves?” “Yea, I am.” He spoke to my older brother and I for 45 minutes and gave us his number. He was awesome to spend that time with. We called but missed him.

in the wake of all this keanu appreciation, a reminder that keanu used to come to the bookstore i worked at every wednesday night on his motorcycle to buy new fiction and sudoku puzzles and would always call 20 minutes in advance and i love him so much

5. On the set of John Wick 3. He took the time to take pictures and hang out with the child actors on set.

6. ‘Went to see John Wick 3 tonight and this guy happened to be in the audience too!’

7. In the 90s, some fans trespassed on his property. Rather than calling the cops, he had a beer with them.

8. Every bit the hero he portrays in movies.

“A friend of mine told me that she was once stranded on the side of a highway outside LA when her jalopy broke down. She had no cell phone (that was before most people had cell phones) and no way to call for help. Then a nice black porsche pulls over and as you can guess, it was Keanu. He tried to help her jump start the car and when it didn’t work, he called AAA for her. When they towed her car, he offered her to drive her home, which she accepted. He drove about 50 miles out of his destination just to drive her home. She told me she hoped he would hit on her but he didn’t, he was just a gentleman, dropped her at her house, gave her his phone number and told her to call him if she needed further help.”

9. Just a straight up gentleman.

Keanu Reeves gives his seat to a lady on the subway pic.twitter.com/w9OUb3280e

10. We all need to start asking ourselves: ‘What Would Keanu Do?’