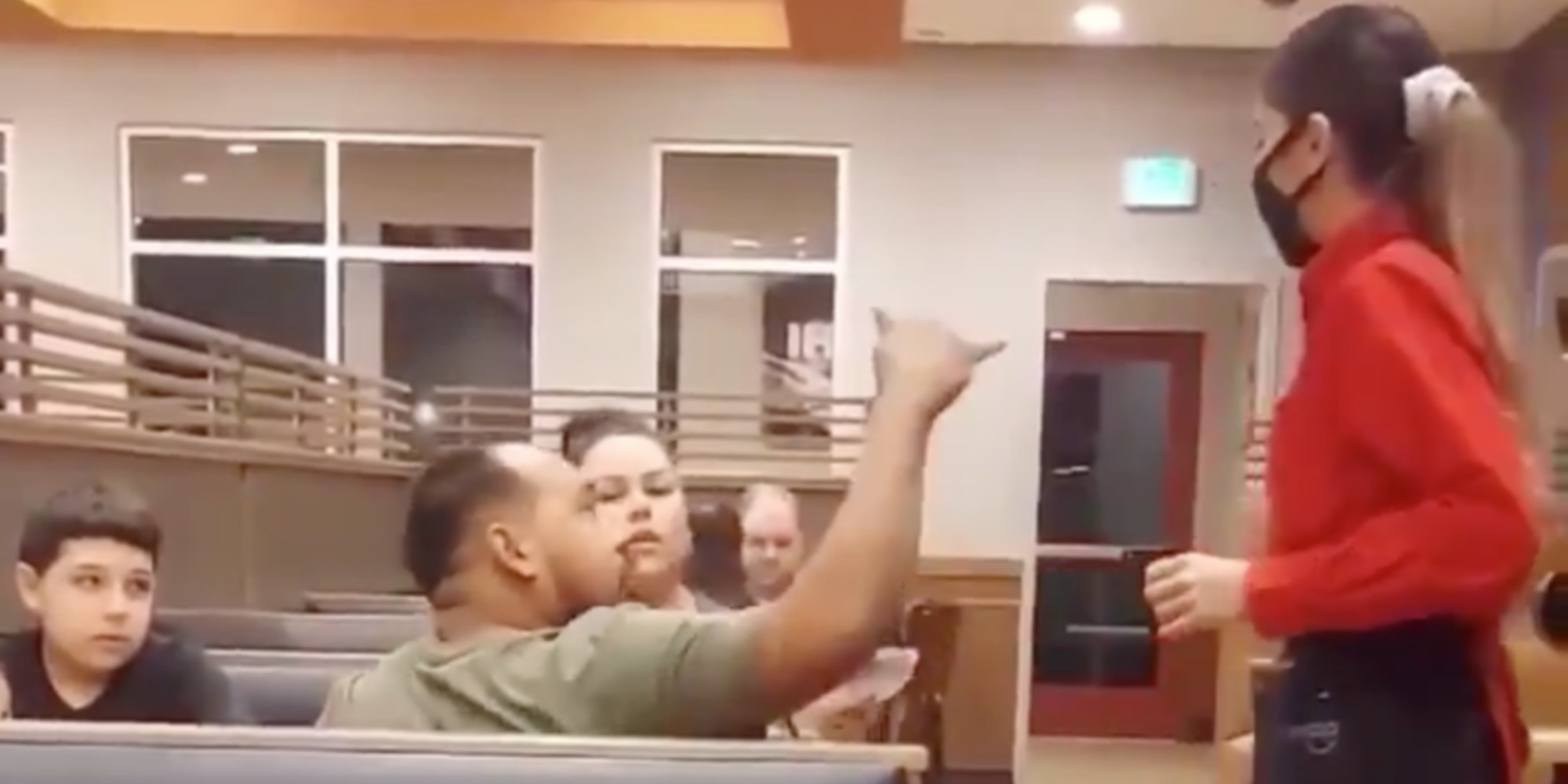 A man in Arizona was captured on video cursing out a service worker over a dispute regarding a face mask.

The video, which was first posted to Facebook on Thursday, begins with the enraged man sitting with his family at an IHOP in Tucson.

The man, who was later identified as Adam Veronica Huerta, accuses a waitress of being “rude” for asking his son to wear a mask.

“Shut the fuck up, bitch. Get the fuck out of my face,” Huerta says. “You were fucking rude to my son, you said he needs a fucking mask…”

Huerta also goes on to berate the worker for bringing him his appetizer at the same time as his meal.

“Doesn’t the appetizer come before the food, not with your food?” he asks. “I’m just saying. I know you ain’t getting paid 50 bucks an hour, but goddamn it’s not always about the money.”

After repeatedly telling the server to shut her “fucking mouth,” a manager eventually orders Huerta and his family to leave the restaurant.

“I need you guys to leave,” she says. “Please take your food and you guys can leave.”

Huerta later responded to the incident in the comments of the Facebook video, pointing the finger at the server for allegedly serving him raw bacon.

Huerta also claimed that the video was taken out of context and did not portray him accurately.

“I’m not gonna sit here and say I’m perfect, but I am definitely not the person this video is making me out out be,” he said.

The Tucson man even suggested that no customers stood up for the waiter because they, too, likely received poor service.

In a video on the Facebook page of his business, Viking Car Wash, Huerta apologized for the incident and blamed his behavior on hardships regarding his father’s health.