It could be a scene out of a horror movie. A man (I’m going to call him “ScreenHead”) wearing a TV over his head deposits another TV on your porch. He then creepily waves to your security camera. 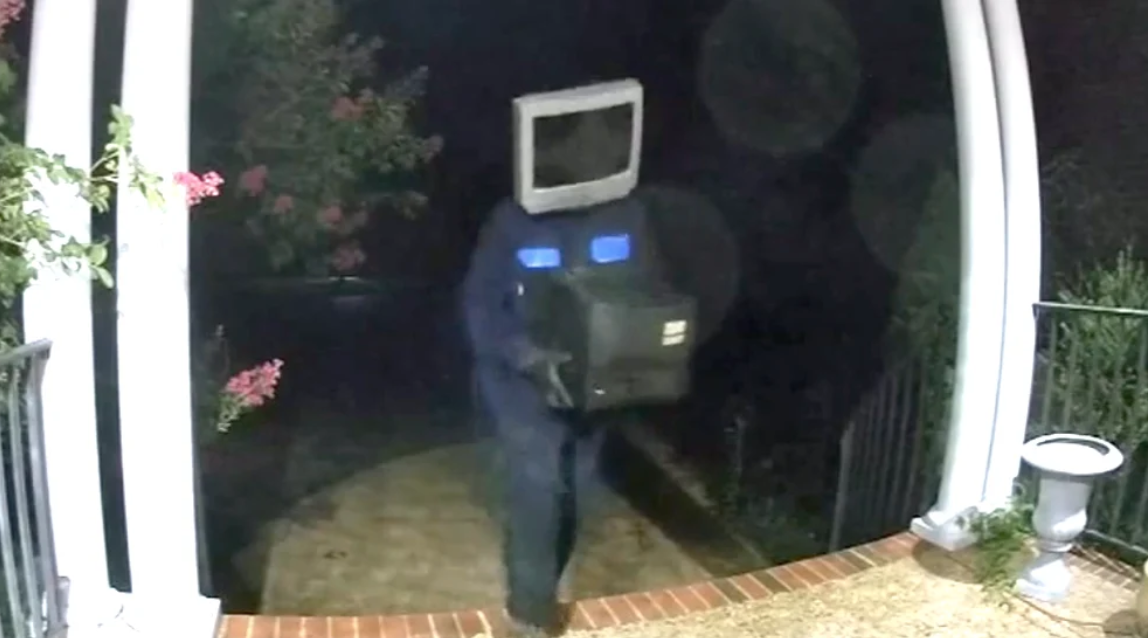 Later, you discover he has “gifted” at least 60 other residents of your town with TVs. It’s one of the most WTF news pieces of 2019, and there are no leads.

Someone left old TVs outside 50 homes in Virginia while wearing a TV on his head. No one knows why. https://t.co/LYvEgntG5B pic.twitter.com/lcE2q9eJr7

No one knows why.

But no one knows why not, either

Well, it’s not a movie. In Henrico County, Virginia, a person wearing a TV as a combination hat and mask is actually leaving TVs on people’s doorsteps. 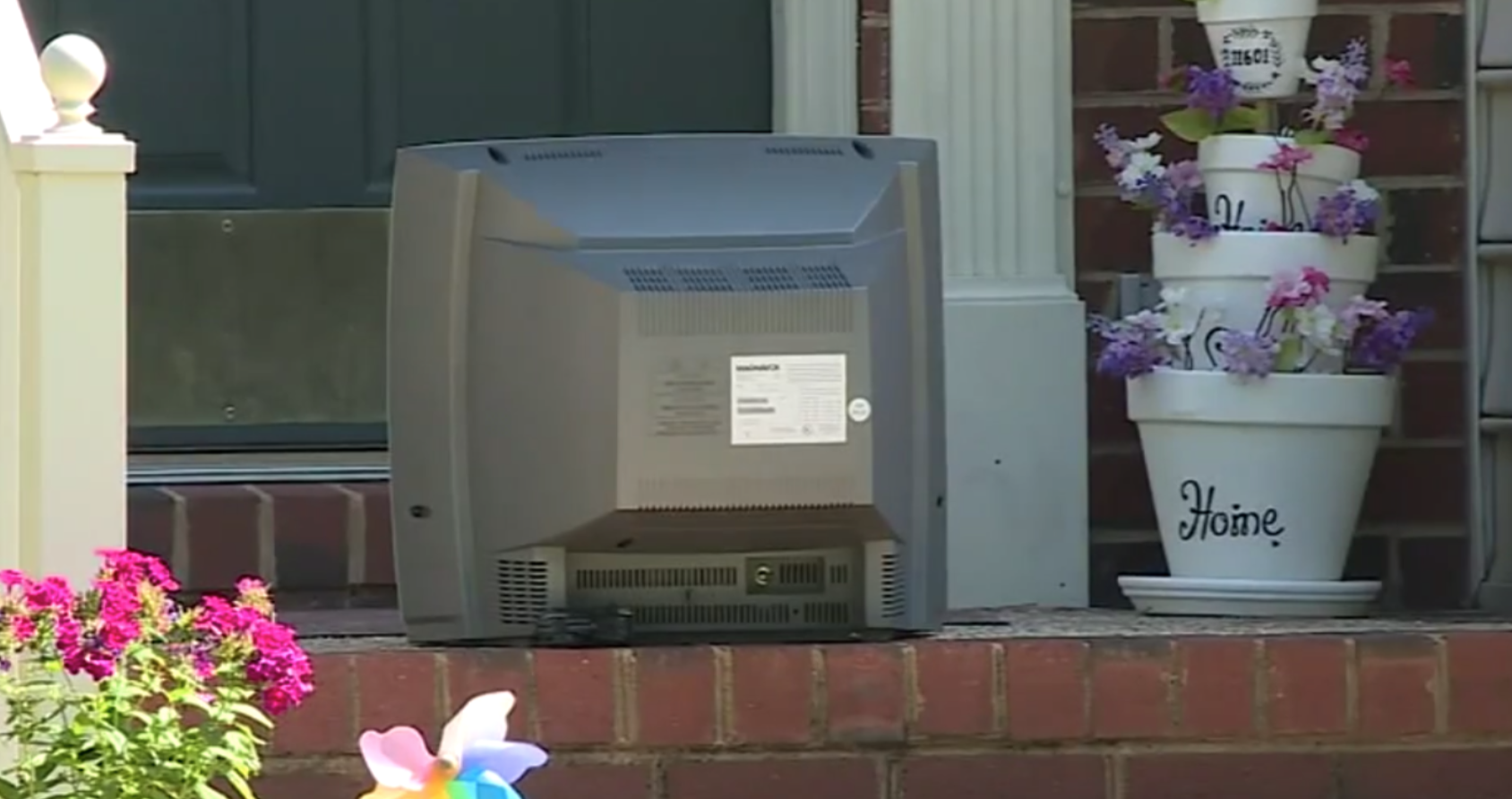 “My first reaction was ‘Did we order this? Not in an Amazon box, it was just kind of strange.”

“We got an old tube-style TV, 13 inch,” homeowner and TV recipient Jim Brooksbank said. “He wants to be known as the TV Santa Claus. I don’t know.”

DO NOT, I repeat, DO NOT turn it on! pic.twitter.com/X2CiHRk9SH

Nope. I’ve watched too many low budget horror movies to know what’s going to happen next.

Clearly murdered other TV people and showing off his trophies.

This isn’t the first time Screen Head has struck. Last August, more than 20 TVs were left on the porches of Henrico homes. However, it is unknown whether the current TV-wearing perpetrator(s) were behind those deposits.

Police picked up most of the TVs so that citizens don’t have to waste time or money taking them to the dump.

“At most this seems to be more than an inconvenience to the community,” said an officer.

THAT’S WHAT THEY WANT YOU TO THINK.