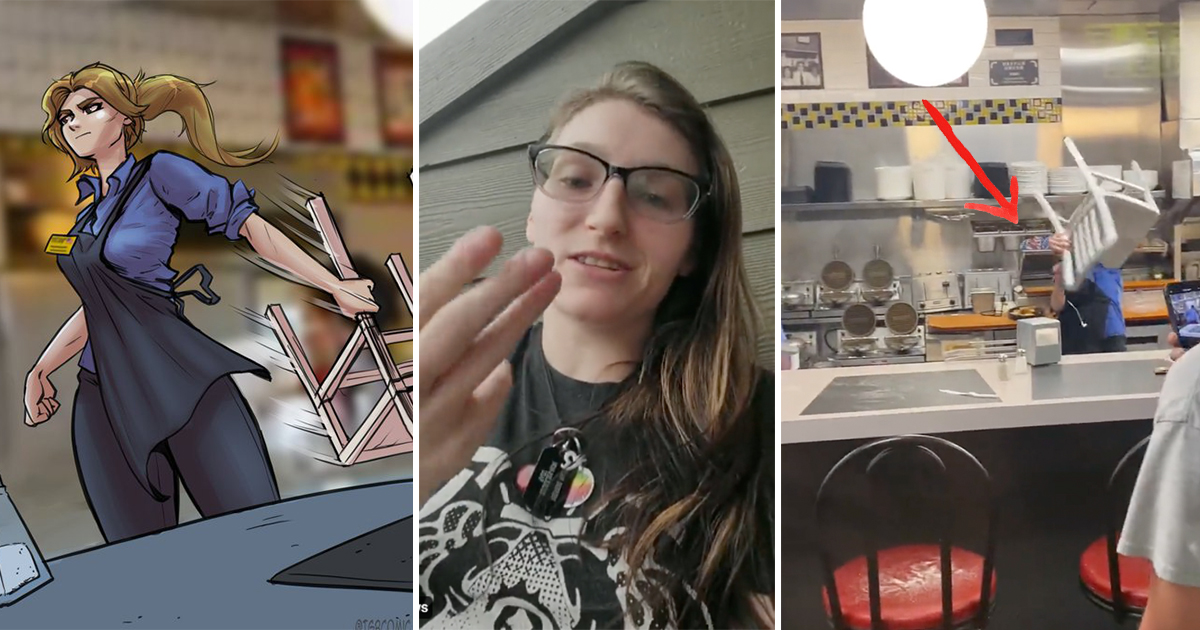 It’s never a dull moment at the Waffle House. Halie, the Waffle House employee who gained viral fame for her hand-eye coordination after catching a chair thrown at her, has shared her breakdown on the events that led to the viral incident.

According to Halie, the altercation began when she attempted to locate the owner of a lost wallet. She says that a plate was thrown at her, and then a chair, which she was able to block, earning her the admiration of many online.

Waffle House girl taking a long drag of her vape pen as she tells her side of the brawl 🫡 https://t.co/p6vNQFkw7K pic.twitter.com/xy911kcqqy

Halie has become a popular subject of memes and has been nicknamed “Waffle House Wendy,” “Waffle House Avenger,” and “The Last Chairbender.” Some have even created art featuring Halie and edited the viral video to include John Cena as the instigator.

Bruh John Cena was the one throwing chairs in the Waffle House all along 😭😭pic.twitter.com/MmvsT1fghZ

However, Halie claims that Waffle House was not pleased with her actions and reportedly “reprimanded her for throwing a sugar shaker at one of the customers,” according to Dexerto.

Although she has not been fired for her handling of the chair throw incident, Halie is facing backlash from Waffle House, her employer of the past four years.