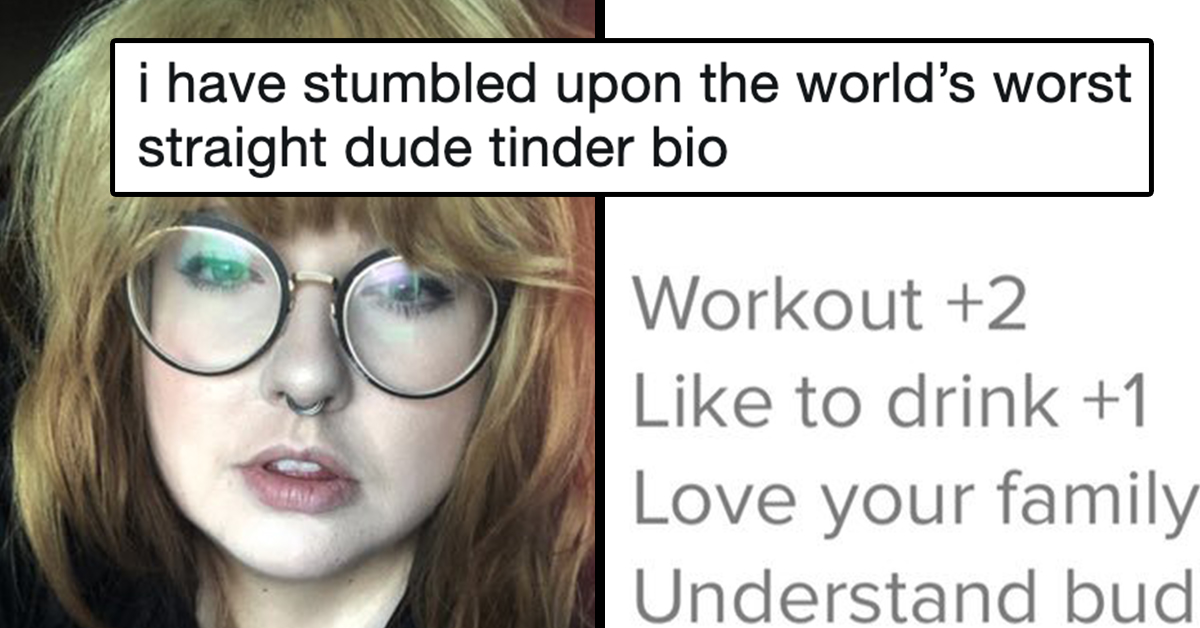 There is no shortage of Tinder horror stories.

In fact, the sheer variety of ways men have found to be horrible to women online is a testament to their creativity if nothing else.

There’s the dude who sent a woman an appalling list of “improvements” weeks after their one and only Tinder date (these included: weight loss, cosmetic surgery, and showing more cleavage.) There’s the guy who matched with a girl on Tinder for the sole reason of bullying her over her weight, and the guy who—unbeknownst to his date—tricked her into going to his grandmother’s funeral, and there’s also every single on of these enormous douchebags.

The worst, though, are dudes who list requirements for the type of woman they seek. Crude and just plain mean criteria that reflect far more on the guy writing them than on the women reading them.

Twitter user @TheDreamGhoul on Wednesday found such a man, calling his bio (not inaccurately!) “the world’s worst straight dude.” 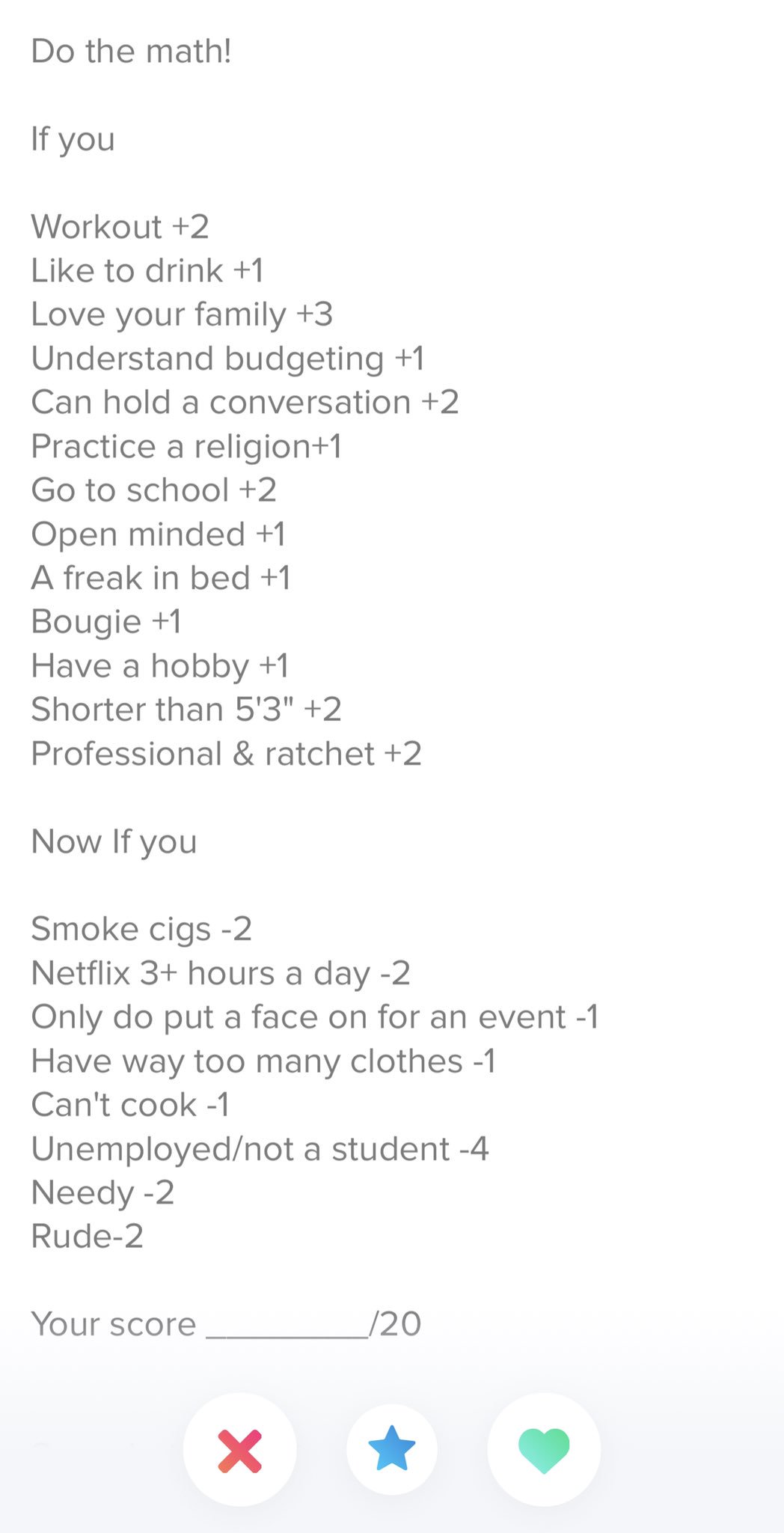 i have stumbled upon the world’s worst straight dude tinder bio pic.twitter.com/Tpgmb6r4nn

This man implores potential dates to “Do the math!” before listing behaviors/activities/traits that either add or detract points.

The bio was widely enjoyed on Twitter, where both dunks and questions abounded.

His points system was confusing for many who couldn’t figure out how to be simultaneously professional and ratchet.

I love how
"A freak in bed" and
"Practice a religion" are on the same side AND are weighted the same.
Thanks for the lolz

I got a 6, although my husband doesn't agree that I'm "professional & ratchet".

“I’m only focused on outer beauty” — hey, at least this bro’s honest!

Anyway, here’s to hoping these lads get exactly what they deserve.