March 2020 sure has been a hell of a year. It’s hard to believe that Bong Joon Ho won his Oscars for Parasite just last month and that March is the same month Pete Buttigieg dropped out of the presidential race. The month of March has literally felt like an entire decade. This tweet about sums it up:

it feels like january, february and march were all 3 different years

The rising horror, death toll, and self-quarantine restrictions of the coronavirus pandemic—coupled with the Trump administration’s bewildering ineptitude—as well as Tiger King, Britney Spears becoming the fastest woman on Earth, and folks getting into straight-up fistfights in the grocery store over rolls of toilet paper—on top of all the days of the week blending into one another because what is work anymore?—has made March 2020 a neverending hellscape.

me on March 1st vs April 1st pic.twitter.com/aGKnh3koJy

me on march 1 vs me on april 1 pic.twitter.com/EJrkvWiSeo 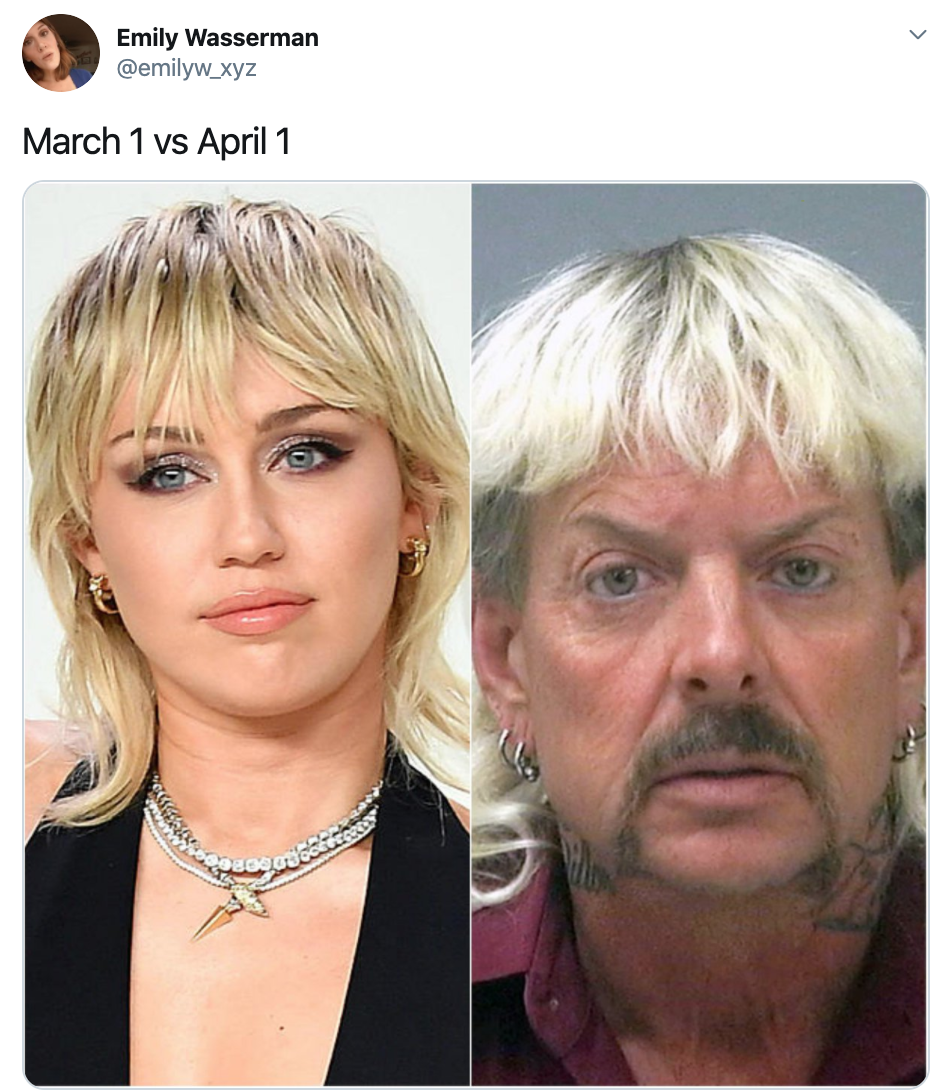 me on march 1 vs me on april 1 pic.twitter.com/UKzo3DIwt5

Me on March 1st vs April 1st pic.twitter.com/ygnB3sO6ww

Me on March 1st vs. me on April 1st pic.twitter.com/RrUC1hTiCq