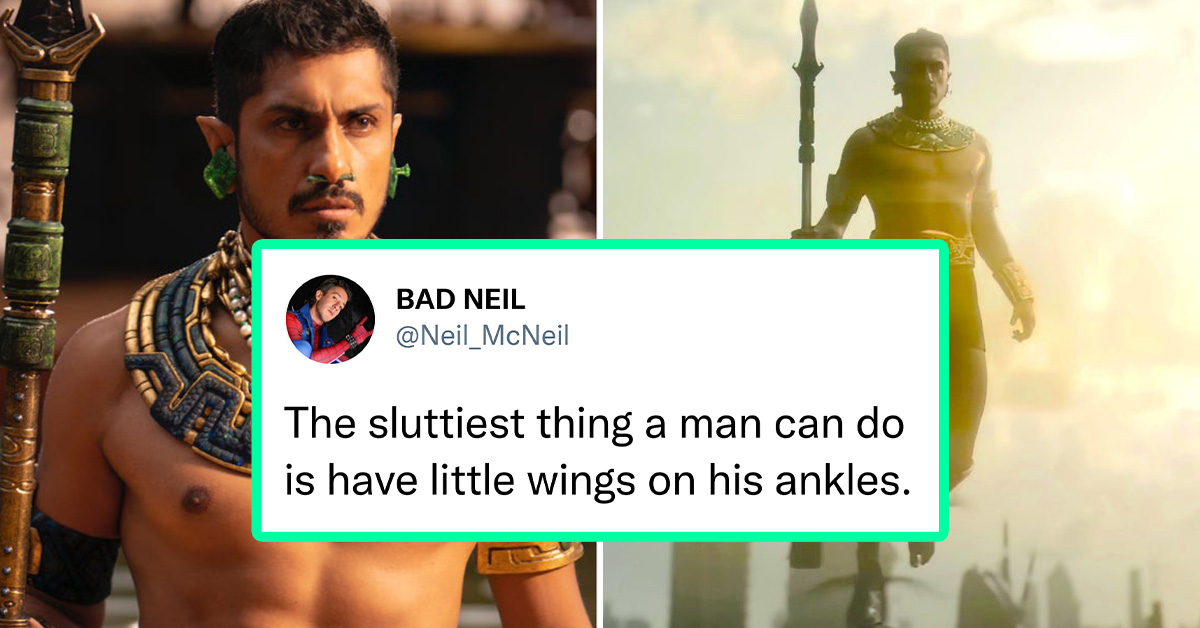 In case you missed it, Black Panther: Wakanda Forever was finally released, and fans flocked to the theater to go see it.

According to the reactions from fans on Twitter people are LOVING it. There is however one character in particular that people can’t stop talking about. Namor, played by actor Tenoch Huerta.

Here’s what fans on Twitter are saying about Namor: 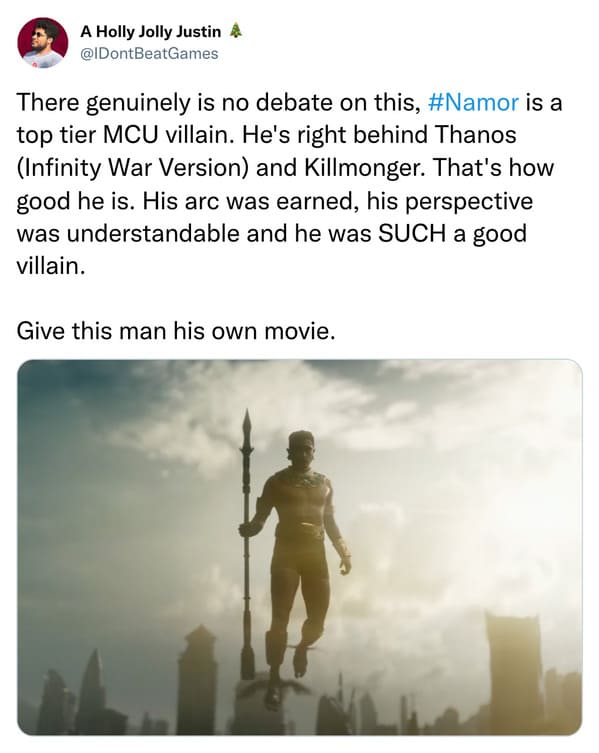 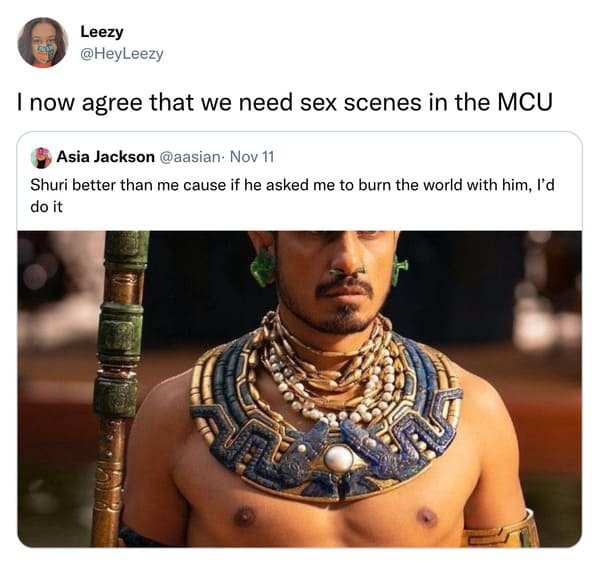 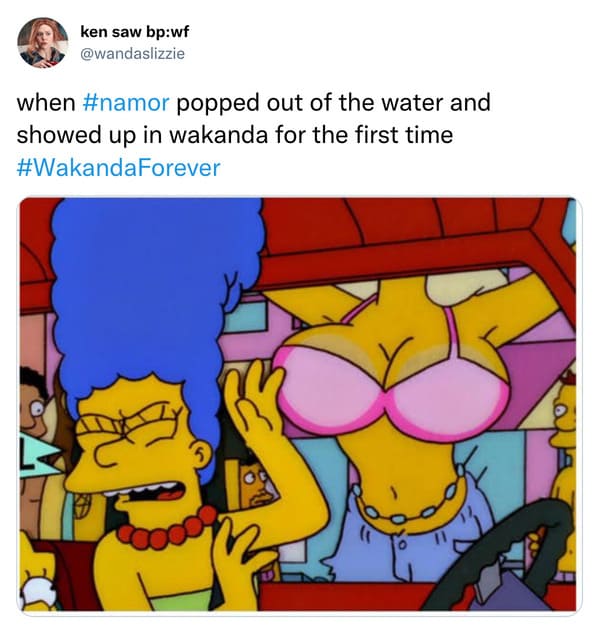 I don't think Marvel understood the need and desire for a Latino man like Tenoch and a character like Namor after all these years of the MCU. He is turning into our Chadwick. pic.twitter.com/Vn5D6QUisq

*thanos and his army attacking earth* 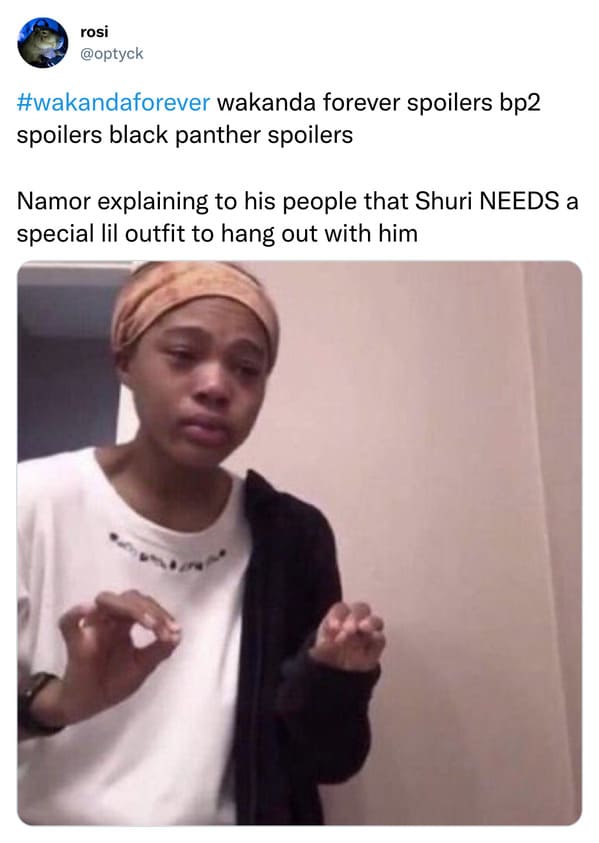 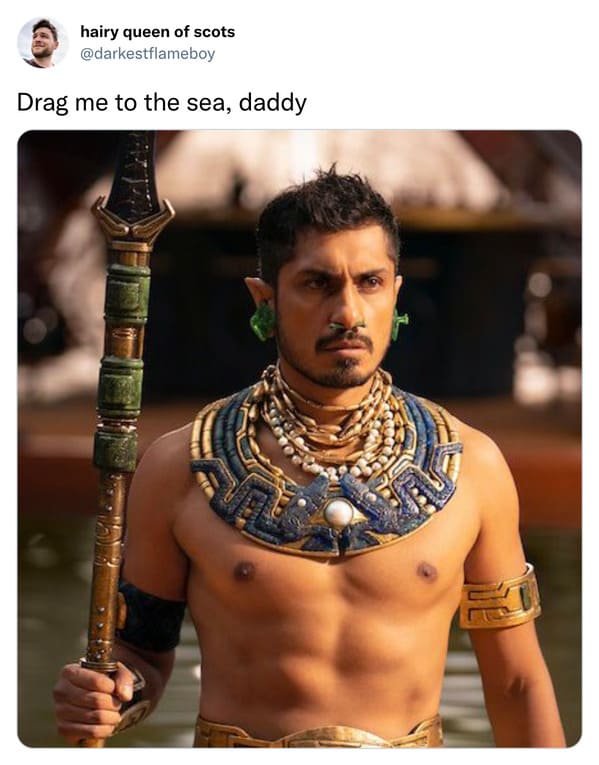 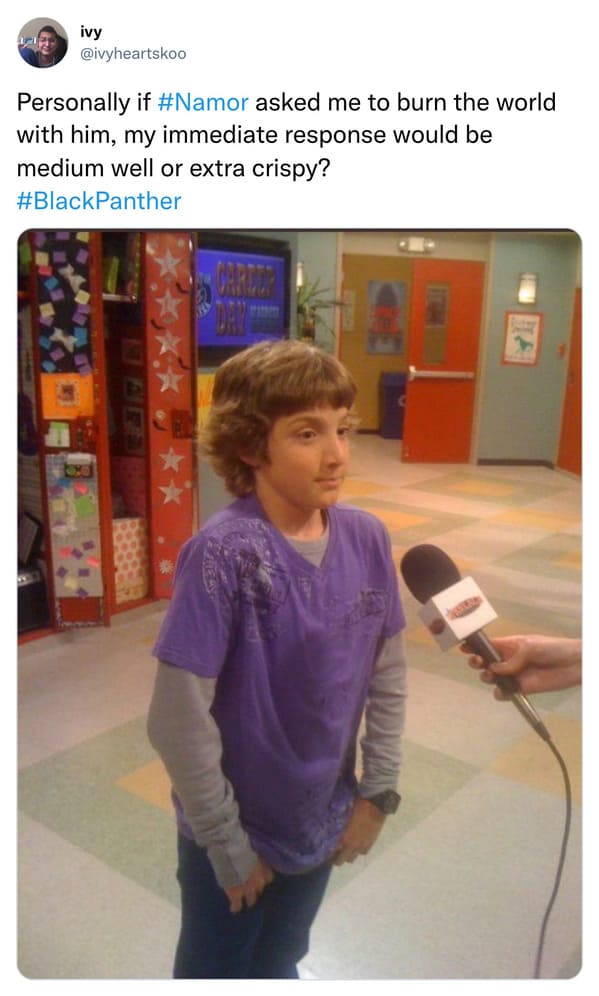 Namor as soon as he reaches the surface world in his solo movie #WakandaForever pic.twitter.com/13M7Sbqy6S 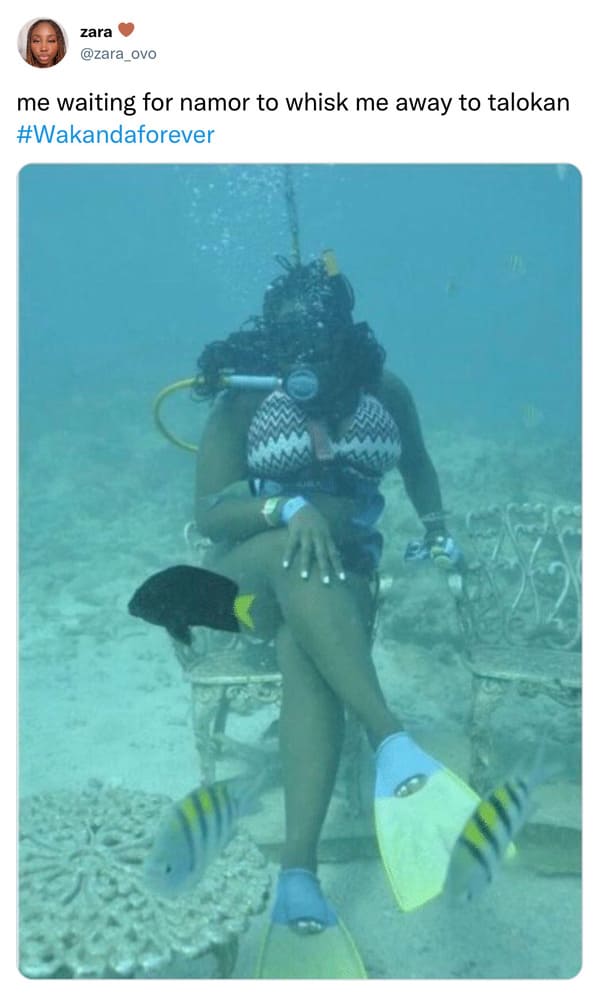 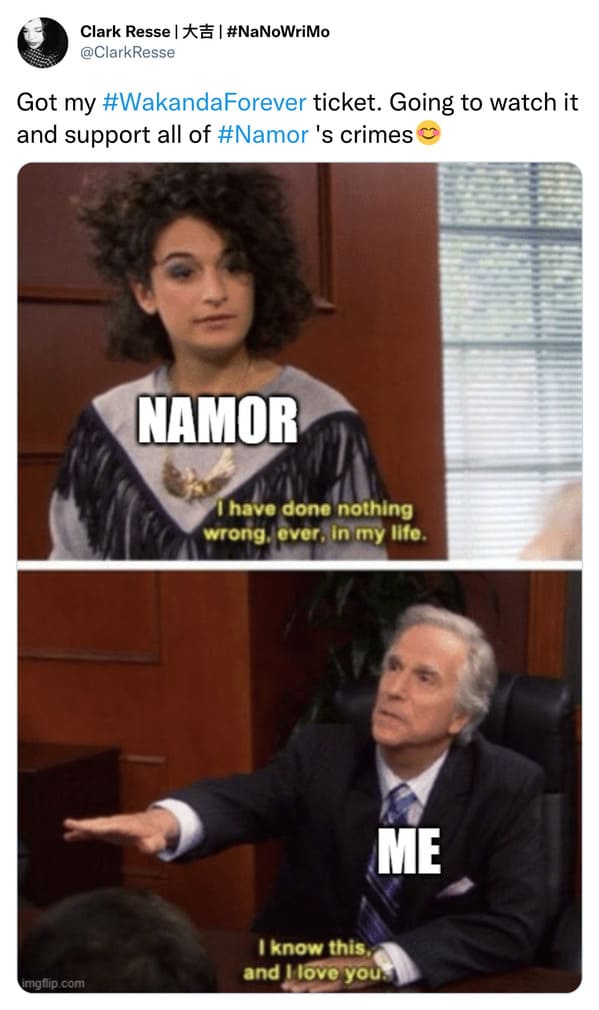 Shuri and Namor during that one scene 😂 #BlackPanther pic.twitter.com/0rx27cgzRS 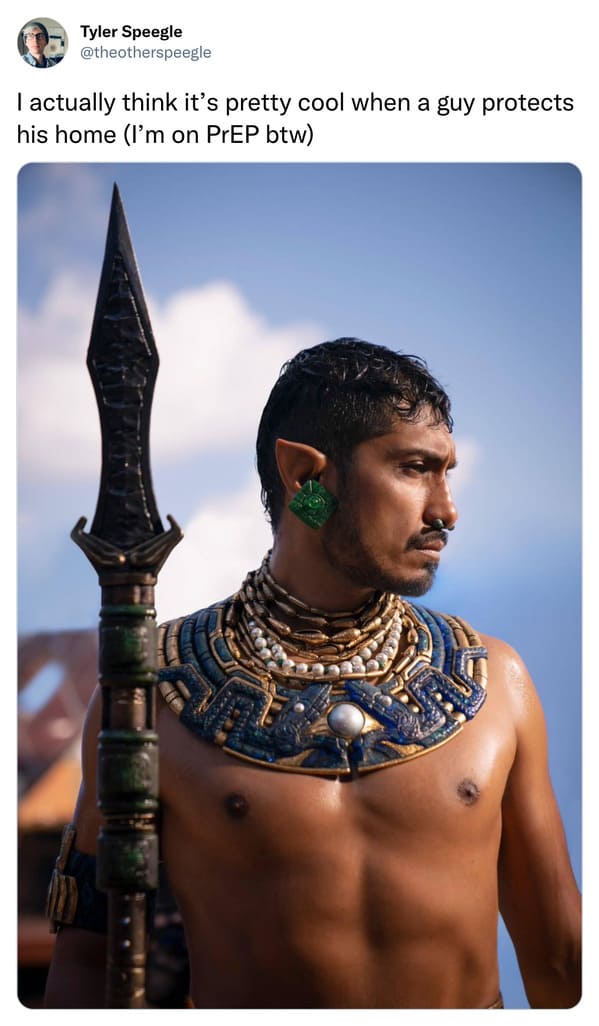 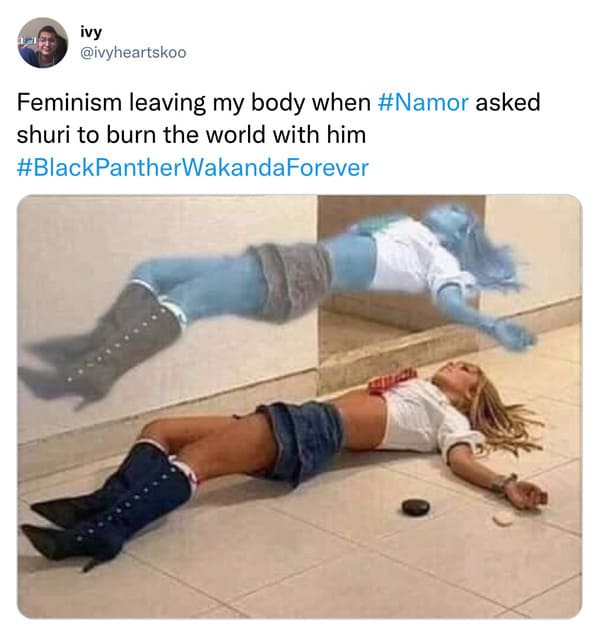 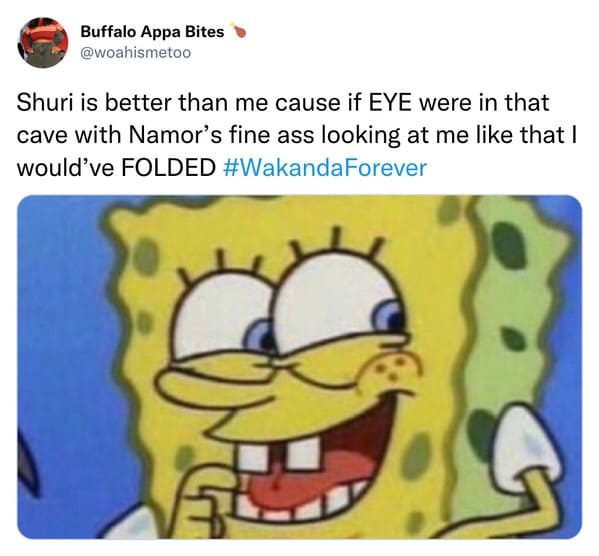 Would’ve been me after #Namor said let’s burn it together pic.twitter.com/IemMN3wwYW 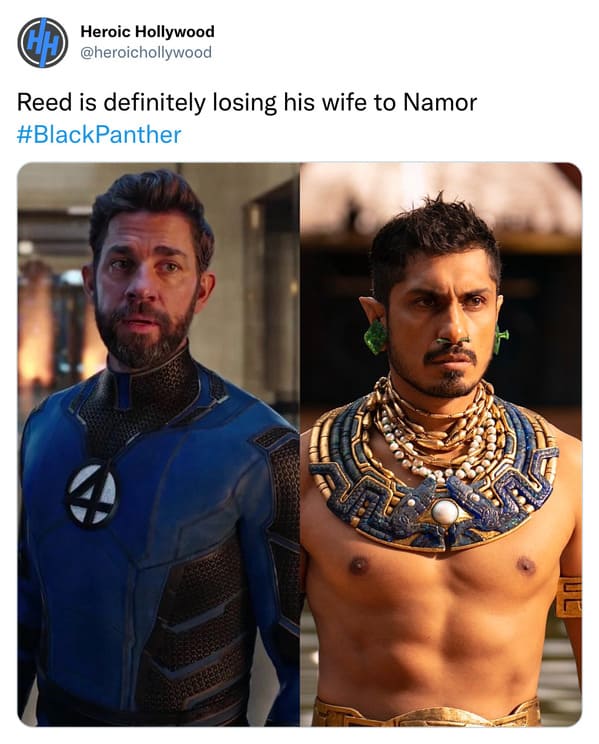 me when I realized how strong Namor really was in the scene with M’Baku #BlackPanther #WakandaForever pic.twitter.com/49MZd5uVF9

me every time Tenoch Huerta appears as Namor in Wakanda Forever…pic.twitter.com/EwIz3nKdlK 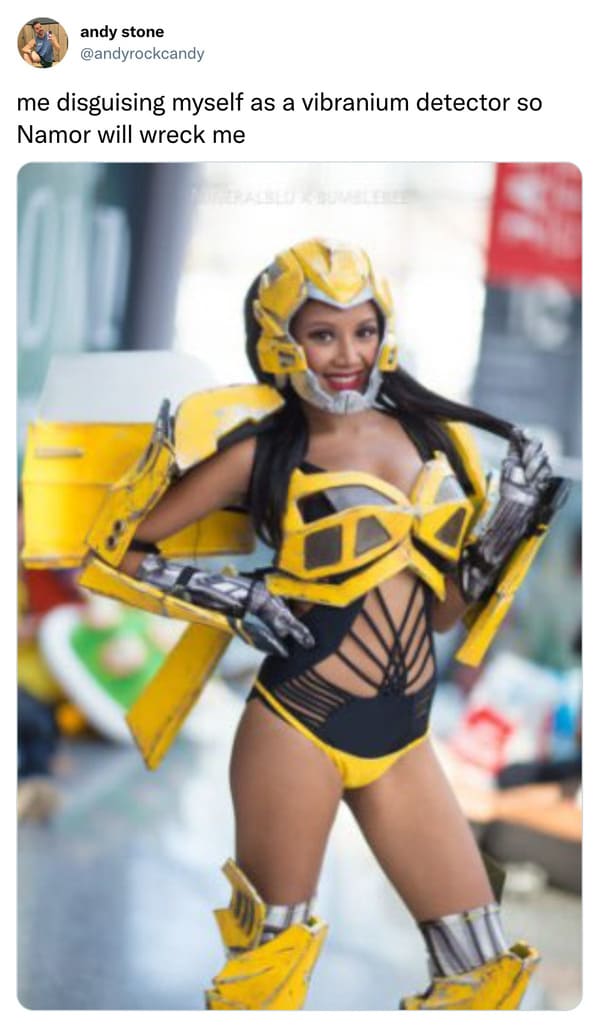