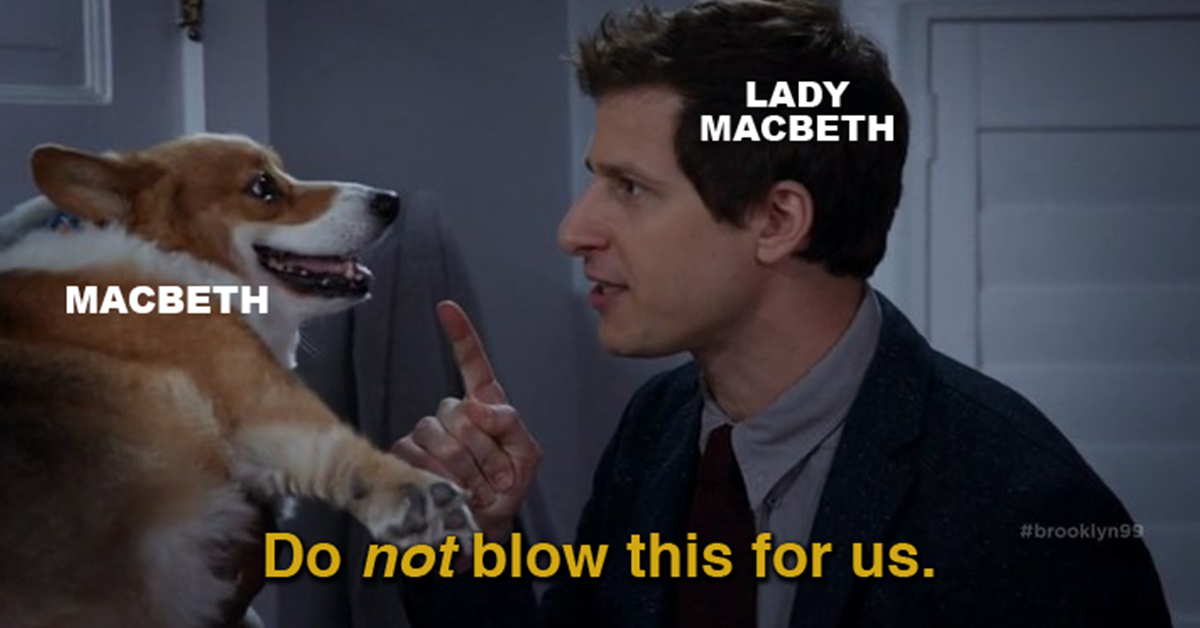 A meme can communicate so much with so little, including the entire trajectory of a classic work of literature, apparently. SparkNotes is famously the place kids used to turn when they didn’t read the book, but still needed to hand in a book report the next day. The company concisely summarizes plots, important themes, and characters in a tidy bow and to be fair, they are good at helping a reader understand a book better…if they do actually read the book, too.

The SparkNotes Twitter account is getting a lot of fresh attention because they’re exploiting how good everyone else has gotten at condensing information. They’re constantly sharing memes about books like The Great Gatsby, Pride and Prejudice, the works of William Shakespeare, and other high school English class mainstays. Anyone who has read any of these will find the following memes hilarious—though you might not be able to understand them unless you’ve read the books. Wow, SparkNotes is encouraging reading through memes!

Mrs. Bennet: "If you go
on refusing every offer
of marriage in this way,
you will never get a
husband at all!" Elizabeth: pic.twitter.com/UrADjqQJaU

4. The Phantom of the Opera:

Every man I know: lives in the basement, plays nonstop organ music, wears a mask and drops chandeliers on innocent bystanders when his protégée isn’t allowed to perform in the opera's starring role

6. To Kill A Mockingbird:

Atticus: Jean Louise, this is Mr. Arthur Radley. I believe he already knows you.

Simon in Lord of the Flies pic.twitter.com/54hzRNi7rR

Abigail: I saw Goody Proctor with the devil!

Heathcliff to Catherine: Kiss me again; and don’t let me see your eyes! I forgive what you have done to me. I love my murderer—but yours! How can I?

Nelly Dean, who’s standing like right over there: pic.twitter.com/rpPD2QWsZN

Me whenever there’s a minor inconvenience pic.twitter.com/74vbTVBPEJ

flowchart: should you murder your uncle?

did he kill your father so he
could marry your mother and
steal the throne for himself?
| |
yes maybe
/
do it do it but
procrastinate a lot

12. Much Ado About Nothing:

Beatrice: Against my will, I am sent to bid you come in to dinner.

That's it. That's the play pic.twitter.com/Q611kzLkLY

Darcy: "You must
allow me to tell you
how ardently I admire
and love you." Elizabeth: pic.twitter.com/QHFojA9Ot4

Othello: Wait but I thought you said my wife was cheating on me.

Headed to the library immediately.