Online dating definitely feels like the safest and perhaps only route during a pandemic, but these apps sure make it hard.

It really feels like no one is home when it comes to reporting things like harassment or fake profiles and lots of women have said they’re getting gross responses from dudes and there seems to be no justice.

And then we have a case like Carter Hambley’s on Tinder, where it seems like the weirdest person on the whole app can dictate your ability to find love.

Hambley shared a few images on Twitter of a bizarre encounter he had on Tinder, the first of which is a picture of his profile.

In one of his profile images, he’s holding a baby Yoda and pointing at the computer screen, as though showing it something.

The Yoda figure is obviously Photoshopped into the image, but what’s obvious to some is not to all. The second picture he shared was of a conversation with a match who was absolutely obsessed with the Yoda picture. 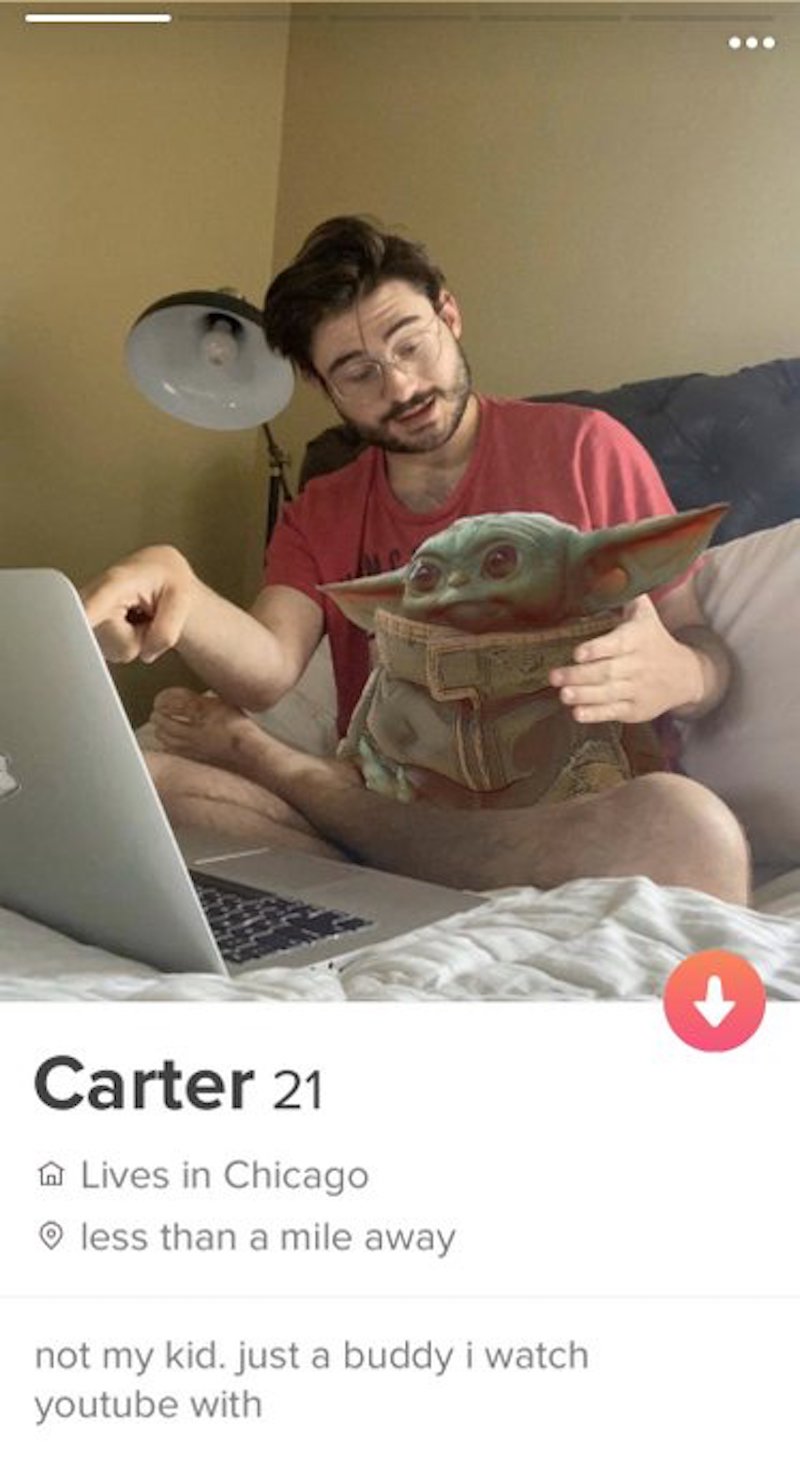 “Where did you get that Yoda doll,” they ask.

“No not the photo I mean the Yoda doll.” they insist.

“Yeah it’s not a doll, unfortunately!” he answered. “Anyway! What kinda movies do you like? Besides Star Wars, presumably :)”

“So you just…put a fake image on your profile?” they answered. “That’s literally catfishing. You’re a liar and a sneak and I’m reporting you. Not letting you fool anyone else with your little tricks.”

Not only is that NOT what catfishing is, but the image is also so obviously Photoshopped.

I’m thinking this person was super embarrassed and decided to just blow up the convo rather than admit their mistake. or they have a bizarre sense of humor? Except it’s not a joke, because he did get banned from Tinder: 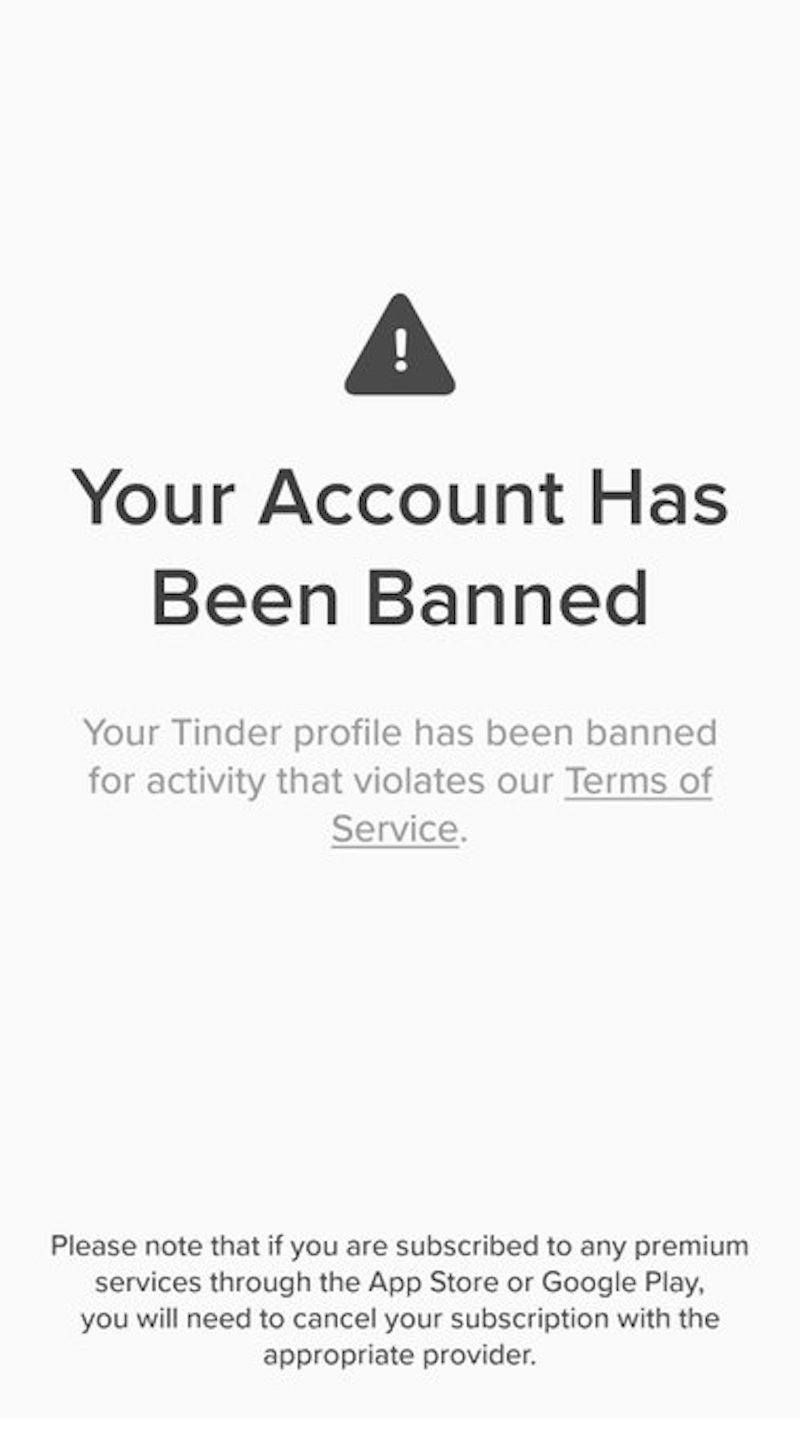 “God I hate this app,” Hambley wrote. People wondered if the whole thing was a joke, but Hambley insists this really happened:

When I saw your very convincing photo I immediately tried to contact my local X-Files office to report the alien but the lady on the phone laughed at me. I’m suing you for emotional distress.

Other people also shared their weird stories of being banned on Tinder for incomprehensible reasons:

Omg, it’s okay. I got banned about only wanting a relationship and I messaged Tinder about it and all they said “You violated the terms” LIKE WHAT!? All because I said I don’t do hook ups or fwbs

This definitely sucks, but I’d for sure take it as a sign to stay off that app. Nothing good can come of dating someone who can’t recognize Photoshop.