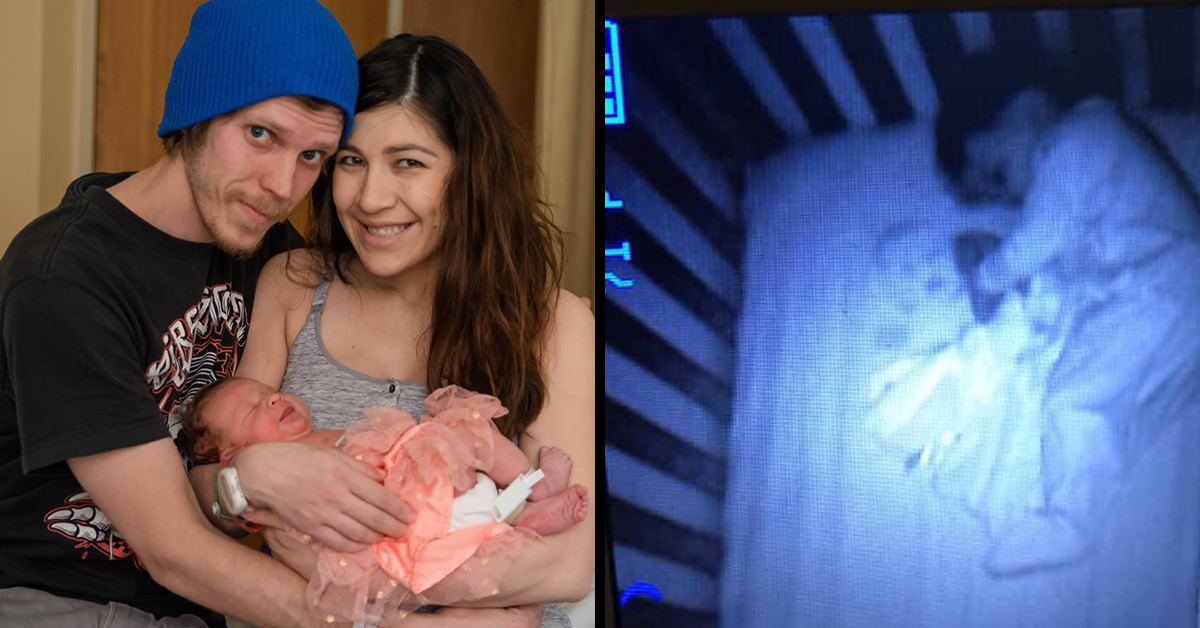 For better or worse, technology has made it easy to monitor the world around us. Doorbell cameras let us keep an eye on potential package thieves when we’re away from home. GPS helps us avoid getting lost in unfamiliar areas. Baby monitors give parents peace of mind when their little ones are napping.

But the viral story of one Chicago mom showed that sometimes, technology makes us see things we don’t want to see. You know, like a ghost baby hanging out with your sleeping kiddo.

Maritza Cibuls, a stay-at-home mom of two, recently had the scare of her life thanks to the magic (or horror) of technology.

The spooky story went viral on Facebook, and she later talked to BuzzFeed about the experience. Here’s what happened.

One night last week, Cibuls put her toddler son to bed around 8:30 p.m. A little while later, she took a peek on the baby monitor and saw that he was sound asleep.

She also noticed what appeared to be a “ghost baby” lying next to him. See it for yourself:

“At first I thought my eyes were playing tricks on me,” Cibuls told BuzzFeed. “I tried to ignore, but it was really starting to creep me out.”

Cibuls was home alone at the time, so she sent her mom, husband, and sister a pic. Despite the alarming sight, her hubby tried to reassure her that it was just their son’s drool. But when she snuck into the baby’s room to check it out, she didn’t feel any wetness to back up that theory.

Unable to figure it out, Cibuls told BuzzFeed she shared the photo in a Facebook group for moms to see “if they saw the baby too or if I was just going crazy.”

She went to bed without a reasonable explanation for the “ghost baby,” but was “so freaked out, [she] barely slept.”

Cibuls woke up the next morning to a barrage of Facebook comments from other freaked-out mamas. With the light of day on her side, she gathered her courage to see what was really going on.

“As soon as I went in the room and opened the blinds, it was so obvious there was something under the sheet,” she told BuzzFeed. “I pulled down the sheet and see this giant baby face looking up at me.”

As it turns out, her husband had recently changed the crib sheet, had forgotten to put the mattress topper on first.

Yep, the “ghost baby” was actually a mattress tag all along.

At the request of her fellow Facebook moms, Cibuls made a public post about her evening at home with a “ghost baby.” Within days, her post has racked up more than 518,000 likes and 311,000 shares.

Despite her restless night, Cibuls appears to have a good attitude about the whole ordeal.

“I could kill him,” she wrote on Facebook alongside a pair of crying laughing emojis.

So last night I was positive there was a ghost baby in the bed with my son. I was so freaked out, I barely slept. I even…

I don’t know about you, but of all the things that go bump in the night, a ghost baby is probably one of the scariest.