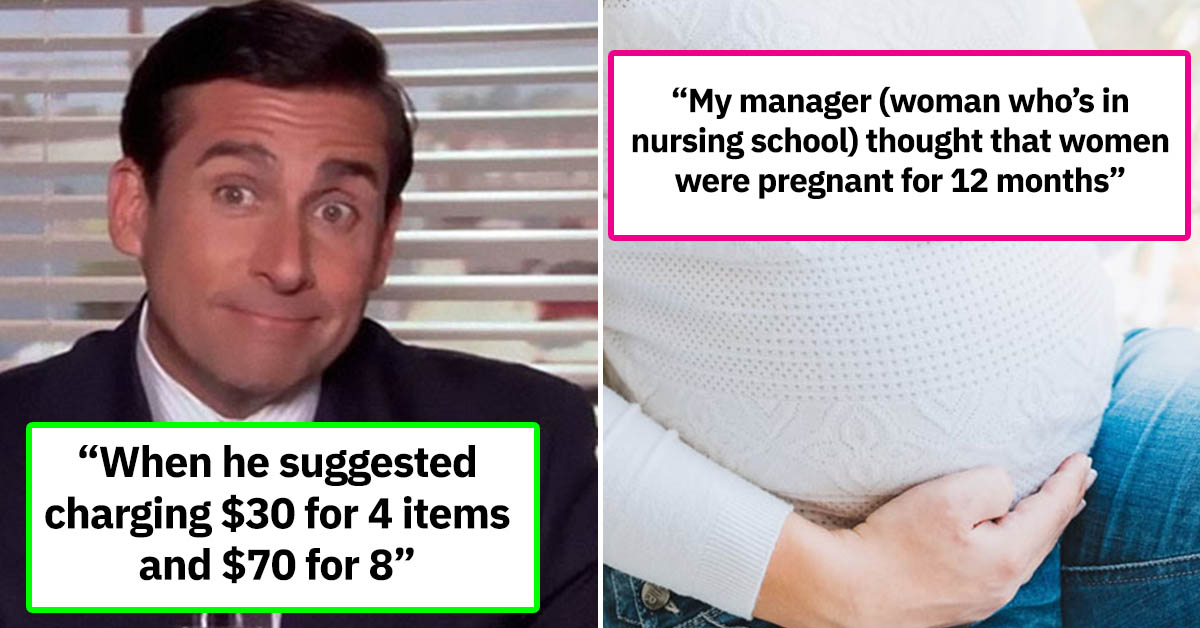 Here’s a harsh truth you probably weren’t expecting to hear, but: your boss is probably not as dumb as you think.

It’s tough managing people, who all have separate needs and, frankly, think they’re smarter than you.

That said, the Peter Principle seems very real, and at some level management deserves to be blamed for its incompetence and downright stupidity.

When she told me I should have no problem with this new task because “it’s not rocket scientist”. Also, she says “pacifically”. 🙄

I had a boss once who refused to register to vote because she didn’t want jury duty and then got jury duty because that’s not the only way they pick. She ended up serving for a week.

I told my boss since he wouldn’t listen to me we needed an industrial engineer to make our dept/machine more efficient. He said, “no way in hell are we bringing in an engineer.” 3 weeks later my company hired an engineer and when they came to our Dept the engineer asked him what he wanted to do differently he froze turned and said, “well let’s go talk to Themonkeymen he’s worked here a long time he knows what needs to be done.” … this boss makes at least double my salary if not more

Spends money on “fun events” instead of hiring people when we are understaffed severely. 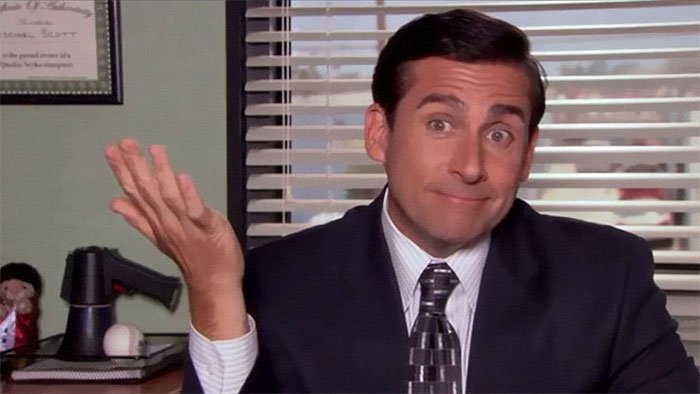 I write “: )” on papers I grade for a professor. He accused me of writing slurs in my native language even though it’s just a fucking smiley face.

The time he got really bitchy/passive aggressive a few months after he hired me which finally boiled over when he got mad and said “I HIRED YOU BECUASE I THOUGHT YOU WERE GOING TO RUN THIS COMPANY FOR ME!”

I’m a graphic designer by the way.

When he told me instead of taking my new higher paying job I should just work more hours at my current one for him.

When I created functions for similar procedures instead of copying & pasting the exact same code & modifying it in various spots throughout the program.

“What if we hire a developer that doesn’t know how to use functions?”
Then we shouldn’t have fucking hired them.

She has no idea about basic 101 things related to our industry that a fresh intern could demonstrate on the spot. Now, every job I do I have to explain from the beginning what it is, why we’re doing it and why it’s important. She nods, makes an “insightful” comment, then forgets it completely. I’m the only one on my team with actual experience in certain areas, and naturally have to do all the work in those areas. When it comes time for the credit, it’s a “team effort” where she led from the front.

Asks me to do stuff that helps no one or makes nothing better. He has us doing stuff that he literally can’t explain why.

Dropped a ton of cash renting art from a museum’s art bank for our (decrepit Chinatown) office. Then didn’t have money to pay salaries.

I worked for a production company that never put a dollar into advertising our products.

My manager (woman who’s in nursing school) thought that women were pregnant for 12 months.

Oh he straight up told me he didn’t know what he was doing and was glad I was hired so I could do all the complex stuff. Good guy to work for, he trusted me to do the very technical side and he took care of the simple projects and keeping idiot managers off my back.

When they fired the woman who did HR (she wasn’t qualified for it, and had no training to do it so whatever), and I overheard the owner/boss have this conversation with a co-worker.

CW: “Well, they take care of employee conflicts, deal with internal complaints, stuff like that”

So now we don’t have HR, and bonus, the co-worker they were talking to deals with conflict by telling people to “fill out a hurt feelings report”. And yes, it is a family owned/operated business.