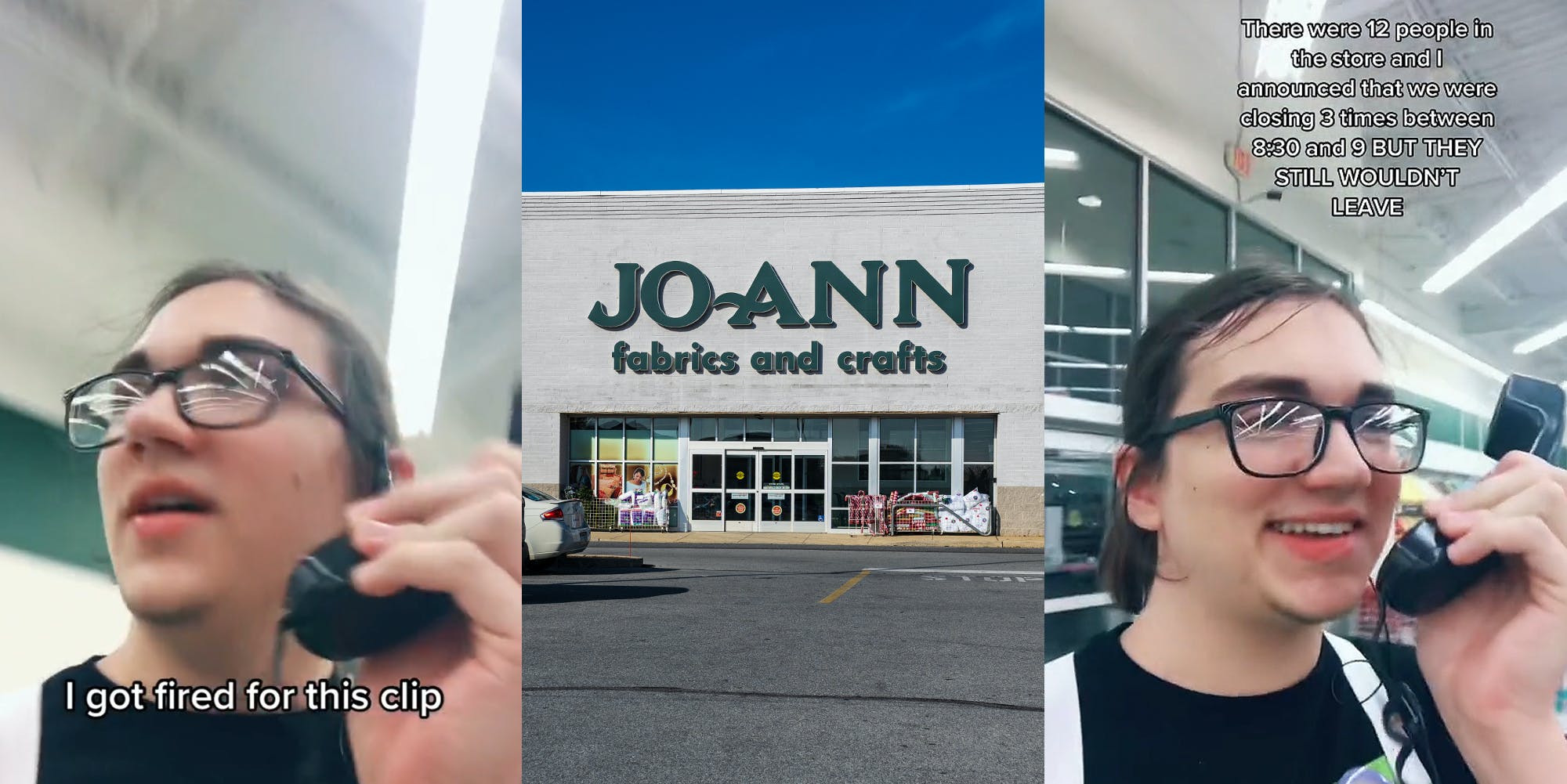 If you’ve ever worked retail, you’ve probably had a fantasy of telling off customers.

Recently, TikTokker and JoAnn Fabrics employee Nickolas Cruiser (@nickolascruiser) got to live that dream, or at least the dream of getting lots of social media views for acting like an a**hole at work.

Cruiser says he was fired from the Edina, Minn. JoAnn Fabrics after telling customers to “get out” and that they would “go crazy” on them on the intercom after closing in a now-viral TikTok.

In the video posted by user Nickolas Cruiser (@nickolascruiser) on Nov. 22, he shows himself picking up the intercom in a JoAnn Fabrics uniform and jokingly asking “K-mart shoppers” to leave immediately.

“If you’re still in here, that means you’re trespassing which is a federal offense. And let me tell you, your mom is not gonna like it. So get out now,” he says into the intercom. “And if you don’t, I’m gonna come find you ’cause I’m the security in this place. And I go crazy on the people who aren’t allowed to be in here.”

The text overlay reads, “3 old ladies complained to my manager together, and I was told not to show up in the morning.”

In the caption, Cruiser jokingly pleads for his job back, writing, “I’m really sad you let me go. I’ll do a good job if you hire me again, please! I promise not to yell at your old lady customer base by telling them ‘I’m COMING TO GET THEM’ and other similarly concerning things :(((((.”

The video has amassed over one million views as of Nov. 23, with commenters complaining that older customers don’t understand Gen-Z humor.

“Older people say that millennials and genzs can’t take a joke but then will get someone fired over a joke lol,” one user wrote.

“I think it should be universally understood that after the listed closing time, normal customer service doesn’t apply anymore,” another said.

“As a JoAnn’s employee for over 5 years I’ll now think of this video every night closing hopefully my intrusive thoughts don’t win,” a third joked.

However, others pointed out the older demographic of shoppers that JoAnn Fabrics garners, suggesting that the joke may have alarmed them.

“Joannes is NOT the place to be doing that,” a commenter said.