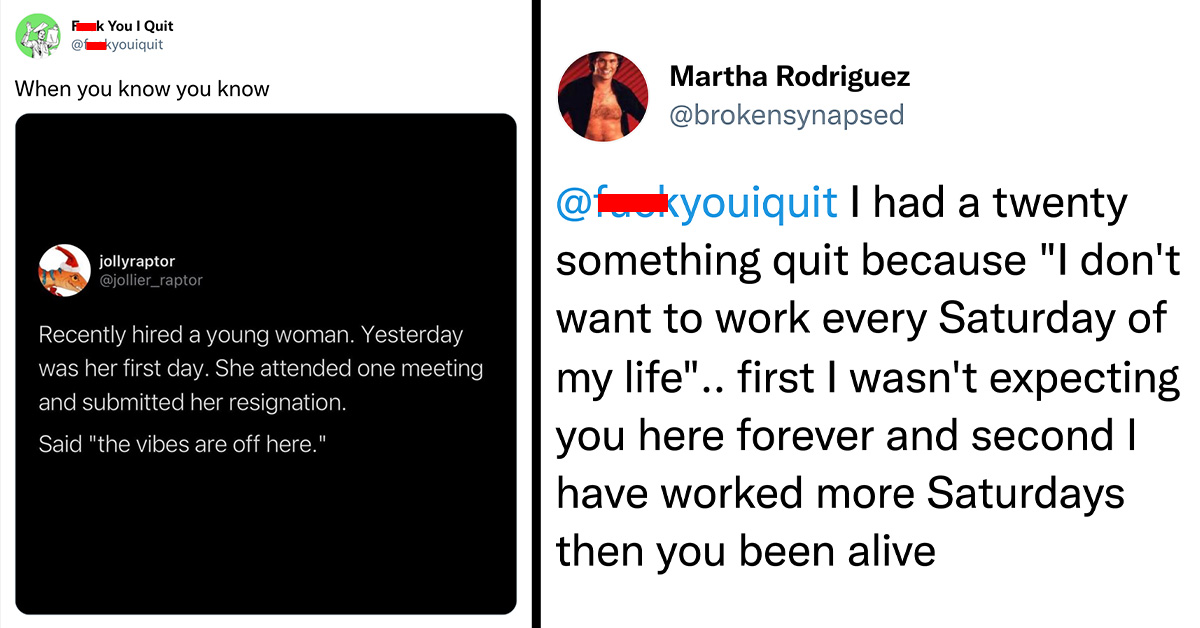 The professional “standard” for quitting a job is leaving a 2-weeks notice. That seems to be the widely agreed-upon amount of time acceptable by employers.

Things don’t always go that way, though. In many cases, the employer responds by firing you on the spot after giving 2-weeks notice. 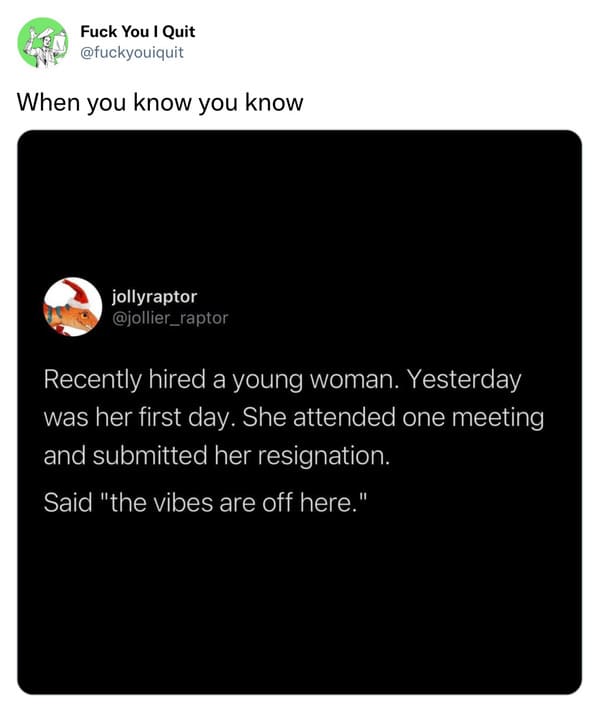 It seems like she may have had a pretty bad feeling about the work environment to quit so quickly, but what would you rather her do as the employer?

Work there for years hating every moment of it, then resigning with 2 weeks’ notice? It’s probably better to find out sooner than later, or at least, try to understand why the workplace was such a turn off.

Many also shared their own proud moments of leaving a horrible job: 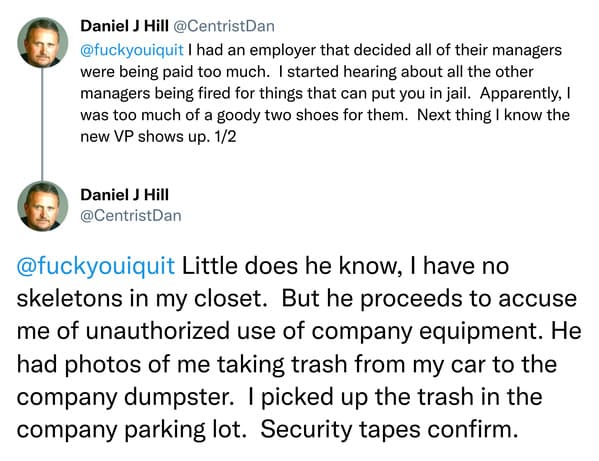 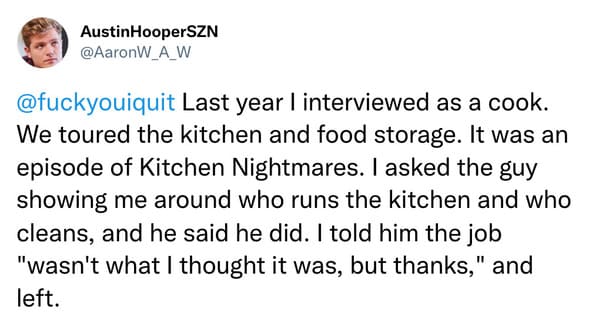 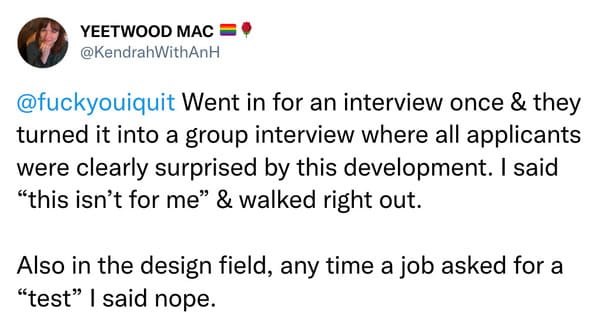 We may never know why the vibes were off, but as someone pointed out, her former boss’ Twitter feed, may give some explanation. 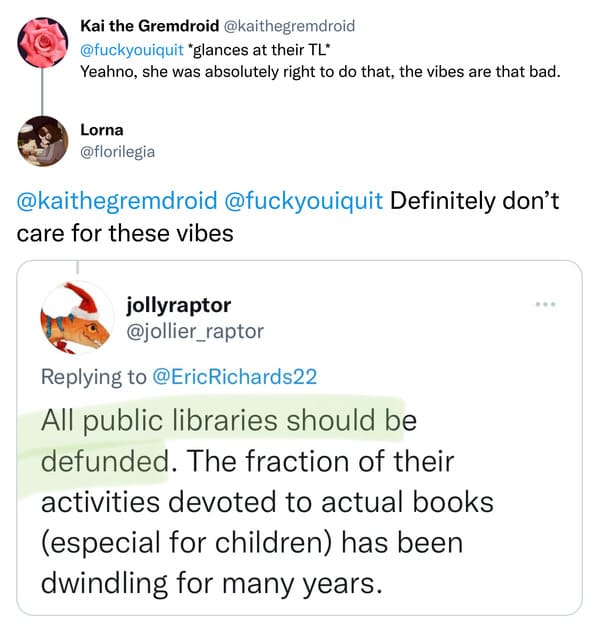