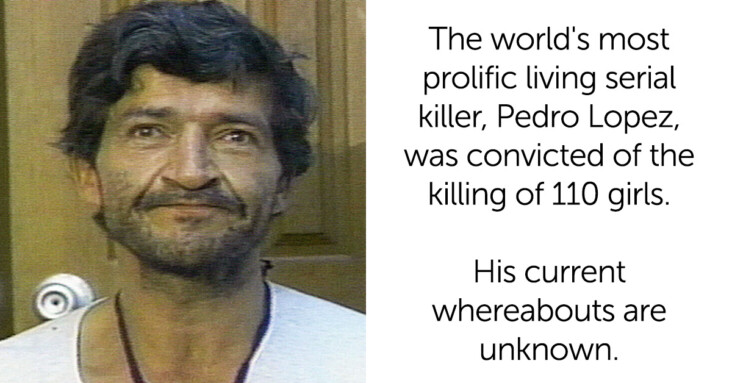 Yesterday, on r/askreddit, u/ToteMyRatchet asked the world “What are some deeply unsettling facts that you know?”

The good folks there did not disappoint. We’ve learned some serious doozies! Check out some of the best.

And …as always, if you spot a fact that you think is just TOO WILD to be true… look it up! Verify.

In 1933, a doctor named Carl Tanzler raided the tomb of a female patient with whom he’d become obsessed and stole her body. He lived with the corpse for seven years. As the body fell apart, he attached the corpse’s bones together with wire and coat hangers, and fitted the face with glass eyes. He was only caught when someone saw him dancing with the corpse in front of an open window.

Paradoxical undressing. it happens during the last stages of hypothermia. as your nerves are damaged, the person removes all of their clothing in freezing temperatures because they feel irrationally hot.

The astonishing fatality rates that can be found in so many battles in the First World War weren’t accidents or unfortunate byproducts of the technology – they were factored into the battle plans.

By the nature of attritional warfare it was calculated how many men would be lost every week and commanders drew up enough reinforcements to replace them.

This was called “Normal Wastage”

In the Battle Of Verdun, over a million artillery shells were fired onto a 19 mile wide stretch of land in the first 12 hours. If you were lucky enough to survive until then, the sound alone was enough to drive you insane.

An injury to the brain can turn you into a completely different person, as well as removing your ability to comprehend that it did. It doesn’t even have to be a particularly bad one either, it just has to hit the right part of your brain. I was thinking about Michael Schumacher recently and this came to mind.

Mummy brown is a paint hue partially made up of ground up Egyptian mummies. There are paintings made of dead people.

In extreme cases of scurvy, your scars break down and old wounds re-open.

Collagen keeps scars together and that collagen maintains itself throughout our lives. But without vitamin C, that process begins to halt and the collagen breaks down.

Eat your fruits and veggies folks.

Japan did some horrible experiments on people during WW2 (Unit 731). Vivisection, shattering people’s frost-bitten limbs, biological warfare, etc. It’s all quite horrific and don’t recommend anyone without a stomach for horror to read about it.

Also, after the war, the people who ran it were never tried as war criminals because the US decided to keep them and their research under wraps so that they could get a hand up on the Soviets.

Terminal lucidity is the return of mental clarity or memory or consciousness shortly before death. This happens to around 10% of people with dementia.

In the 1800s a LOT of dentures were made using the teeth of dead soldiers.