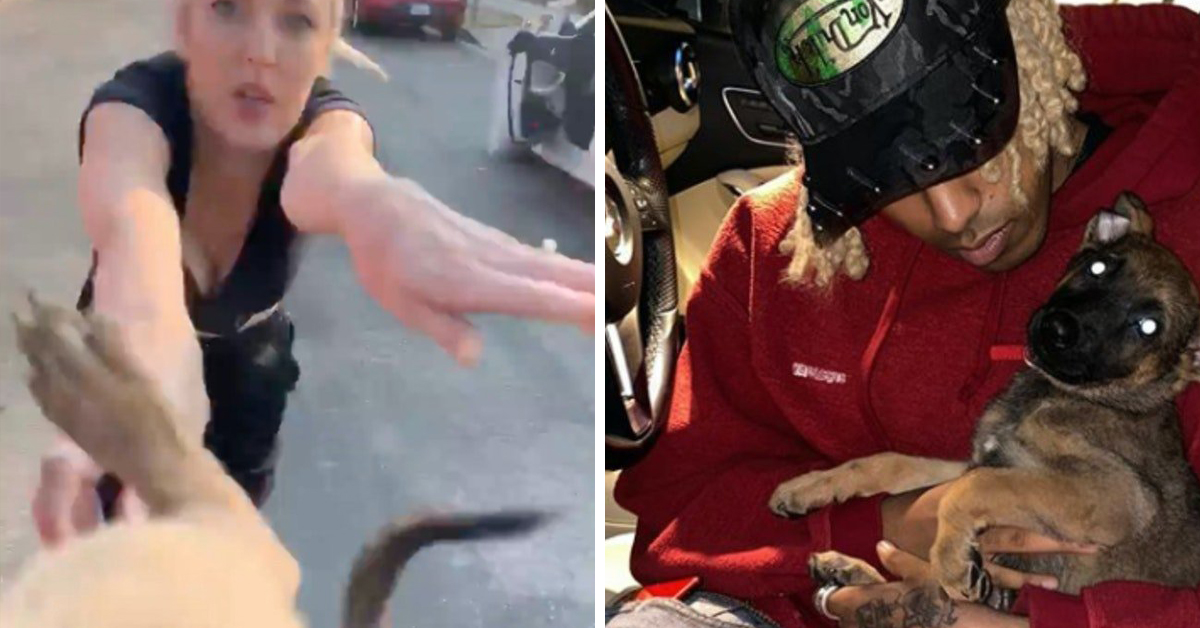 2020 has been awful in so many ways, but a weaponized puppy dog seemed to be a special kind of insane.

A viral video posted to Instagram showed a white woman (who appeared to be under the influence of something) literally throwing a puppy at a Black man after attempting to kick him.

The video, which is incredibly disturbing, caused distress in the online community. People were shocked at the woman’s behavior and also worried about whether or not the dog was injured or being cared for.

Well, we can rest easy. The man who was attacked evidently took the dog—and an updated Instagram photo and the story shows how the puppy, now named “Movie,” is now in his caring hands.

A friend filming the update called the man a “true hero.”

“Look at how happy she is,” the friend says, as the man holds and pets her. “Look at that tail.”

The man, who goes by @mulaflare on Instagram, set up a GoFundMe to raise money for the puppy’s immediate needs and care. In only eight hours, the fundraiser was successful. Movie also now has her own Instagram account—and 150,000 followers!

Idk what’s goin on but I got a new dog pic.twitter.com/noLZKNYO6d

The woman threw the puppy on October 9th, but it’s unknown if she was found or charged with animal cruelty. People noted that she may have been suffering from mental health issues or using drugs.

Twitter and Instagram users were relieved that the puppy is now in a good home and being cared for instead of used as an object.

Pup was looking at mans like yo please get this bitch away from me pic.twitter.com/VWoltE4ENQ

I love how he told that poor puppy to come here, and guarded it from her while calming it down and taking it from her. This mans a true bro.

I have a feeling that we are going to be seeing much more of Movie and her new, fabulous life.