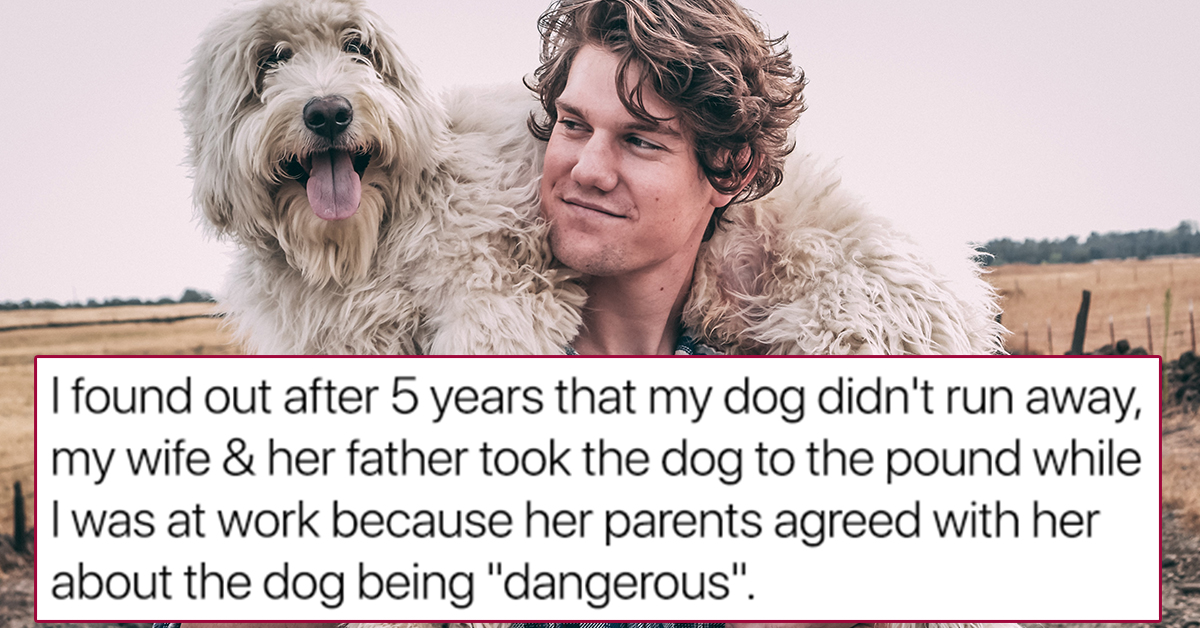 When people come to r/AmItheA**hole to find out if they’re an a**hole, they sometimes unintentionally reveal a whole lot more about themselves. Like, that maybe everyone in their family needs therapy. This post remains up, but the original poster has deleted their account, probably because they were tired of people DMing them “wtf dude.”

The title of the post is, “AITA for giving my wife an ultimatum about getting a dog?” I don’t know what I expected, but that title really buries the lede on the OP’s story. He starts with this:

I had a dog when my wife and I got married. I loved her, she was my buddy. When my wife got pregnant, she became increasingly paranoid that the dog would be a danger to the baby. She brought up rehoming, and I refused. She was an “aggressive breed”, but she was trained. One day, she called me crying at work that the dog ran away and she couldn’t run after her. I believed her. I looked for that dog for weeks. I finally just accepted it because we had to go to the hospital to welcome our child and there were just other pressing concerns.

At this point, I assumed he had recovered from his loss and decided it was time to get another dog and gave his wife an ultimatum about it. Instead, we discover a story of animal abuse and spousal treachery. The OP says it has been five years and they now have three kids, and yup, his wife doesn’t want a dog. Then this:

I found out recently that my dog didn’t run away, my wife and her father took the dog to the pound while I was at work because her parents agreed with her about the dog being “dangerous”.

I’m FURIOUS. She was MY dog, my BABY. She wasn’t dangerous. I would never have agreed to that. She probably never got adopted. I’m honestly mad enough to consider a separation if not for the kids and practical reasons. I’ve told her that the only way to make it up even a little bit is for us to get a dog. She ultimately doesn’t want a dog at all, and complained that she would have to do too much with it. I’m not planning to let up on this one this time.

WHAT?! The OP is expressing some anger about his dog basically being murdered by his wife and in-laws, but his take away is still that he wants to get another dog to live in the same house as the woman who secretly took his old dog to the pound?? Save all the dogs from these people!

Most commenters are saying the real D-word the OP needs is DIVORCE:

Because this is next level sociopathic behavior: 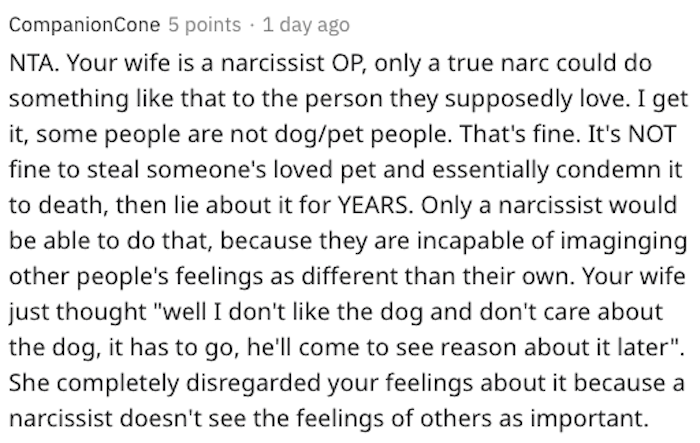 And people did warn him the next dog in that house would definitely be in danger: 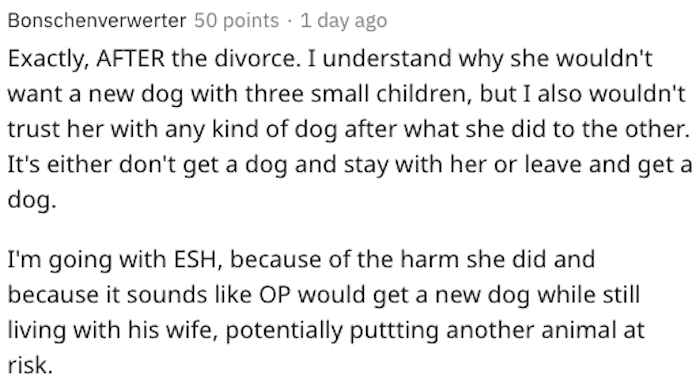 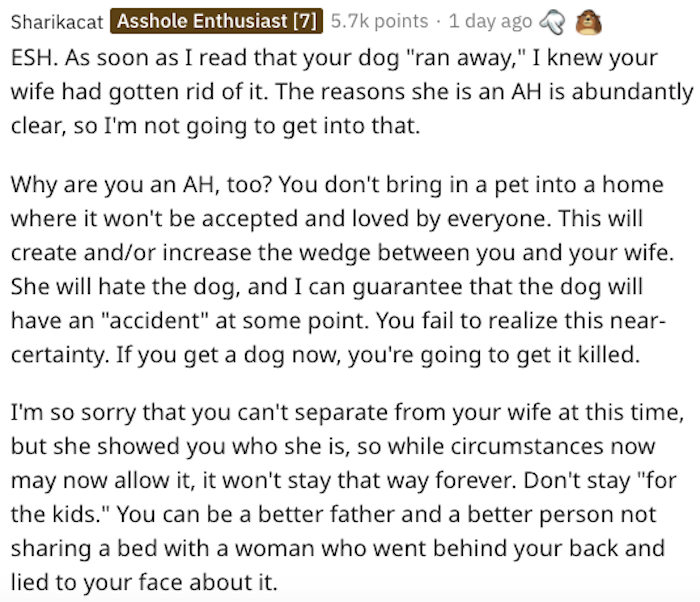 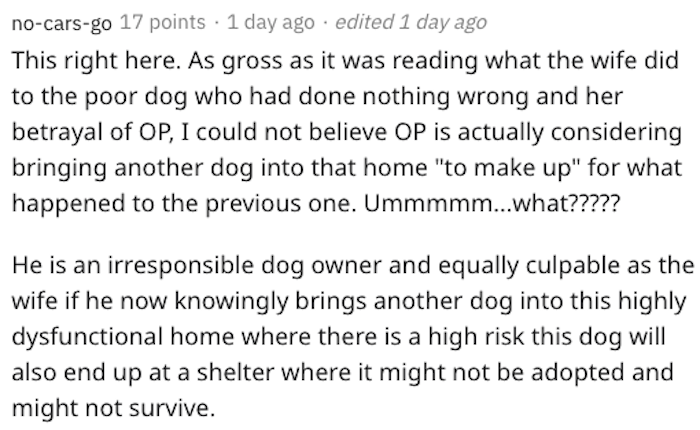 I don’t know if these two people deserve each other, but they absolutely do not deserve another dog.