There are still a lot of people refusing to wear masks in public, despite the evidence that it significantly reduces the spread of COVID-19. Some of them are refusing for political reasons that make no sense, but a shocking number are refusing for health reasons that make no sense. For example, lying about having a disability or claiming the mask cuts off oxygen. Spoiler alert: it doesn’t.

“Y’all.. this just happened on our local news site.. what is life,” they wrote.

It’s not clear what story the people arguing under, but a woman named Cheryl Gilbert commented, “My husband had to where a mask on a business trip and now he has clamedia.” 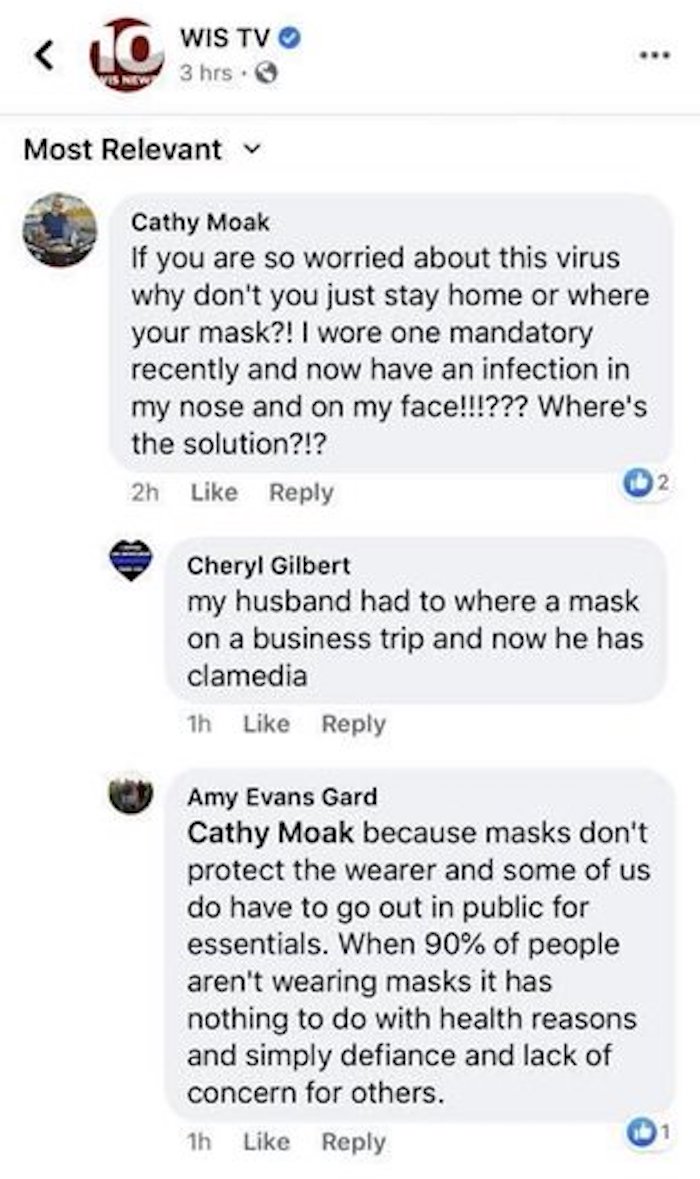 Someone asks her, “….Do you mean chlamydia? The STI?”

She answers, “No he got it from the mask.”

The other commenter responds, “Unless there’s another illness with a similar name that didn’t show up on a Google search…. because it REALLY sounds like you’re telling folks your husband cheated on you while he was on a business trip and told you it was from a mask.” 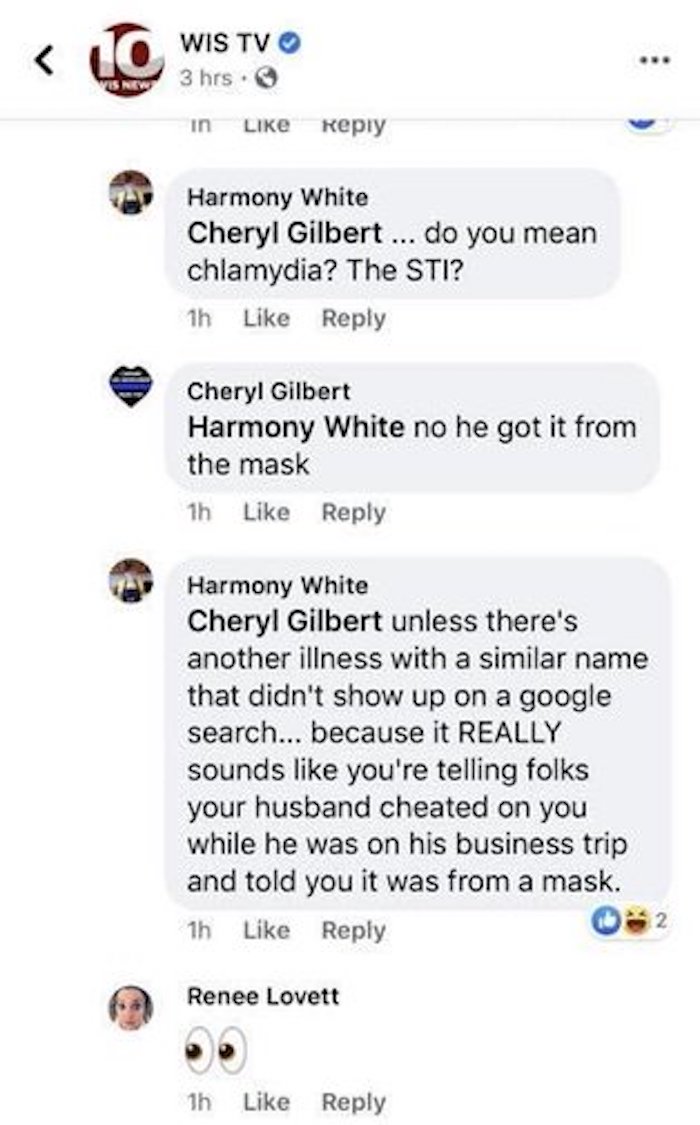 People cannot believe that this is a real person:

That’s how you get chlamydia

But wait… If she didn’t take the pregnancy test, no baby

The fact that they misspelled “wear” as “where” like the OP and then used “clamedia” seems to indicate it is formidable trolling. I can already imagine them wearing a monocle and top hat while riding a penny-farthing to the sunset

I was wondering if she was serious, then I saw that profile pic and was like “yep, Cheryl means business”

Actually, I think her husband told her he got an STI from wearing a mask…

Remember that Seinfeld episode where Jerry didn’t know about “the tractor story” https://t.co/eNjZ5hDqNg

Are Cheryl and her lying, STI-ridden husband real? Who in the heck knows. But the fact that it seems entirely believable is maybe the craziest thing about it. It seems as though several someones even looked Cheryl up and commented on a post she put up in April that says “love hurts.”

It also seems as though Cheryl took her post down:

Just posted the link but it appears Cheryl took her post down.