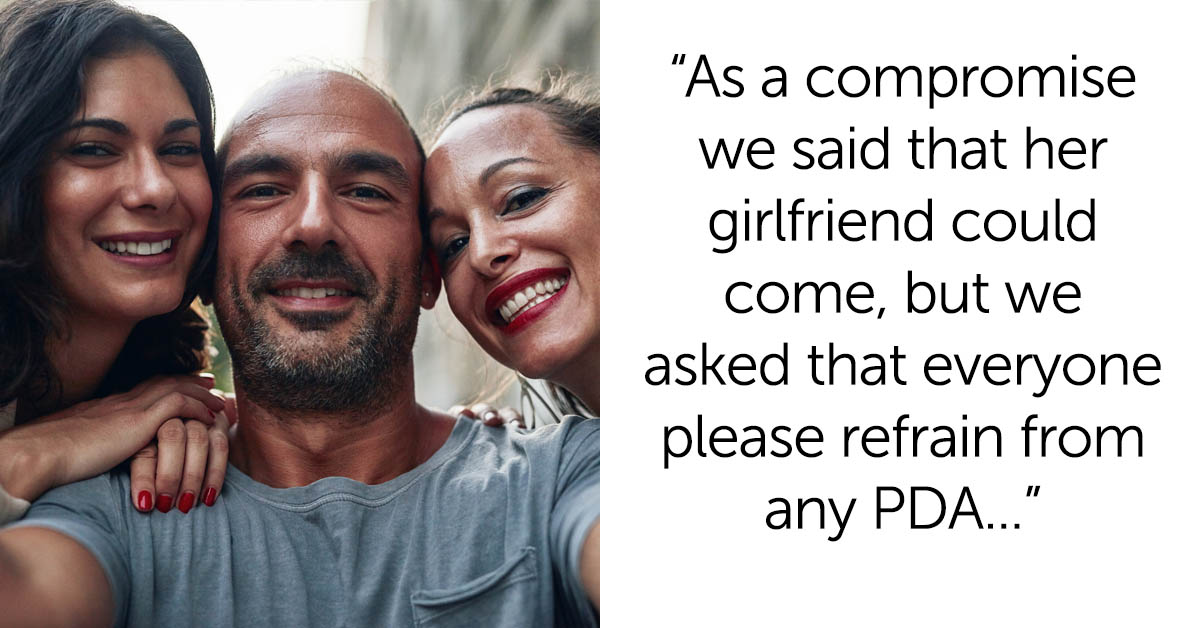 Polyamory is having a big moment right now. Broad City and other hit shows have brought polyamorous relationships to the forefront of pop culture. And recently Willow Smith expressed an interest in being a part of a polyamorous throuple on her mom Jada Pinkett Smith’s talk show. As polyamory becomes more mainstream people are shifting from navigating the complicated emotional, physical, and logistical terrain of polyamory on to solving more mundane problems—like surviving family vacations.

A woman posted on Reddit’s r/AmITheAsshole asking for advice on a pretty thorny family situation involving her sister’s polyamorous throuple and a family vacation.

“My family is going on a group vacation this summer. We are pooling our resources to rent a nice property on the beach for a week. My husband and I are (unfortunately) taking the lead on planning and organization.

It will be me, my husband and our two kids, my brother, his wife, and their 3 kids, plus my parents. (Kids’ ages range from 3 to 9). In addition, my sister, her husband and their girlfriend are invited.”

(In case you couldn’t tell from context clues, a polyamorous throuple is a polyamorous relationship between three people, three + couple = throuple.)

She then delved a little further, explaining their family was cool about the whole polyamorous throuple thing, but not totally cool with explaining all of it to the kids. Their compromise caused some ~drama~.

“We initially only invited my sister and her husband, but my sister insisted that their girlfriend (who I think they’ve been dating for 9 months or so) be included as well.

My sister is in a polyamorous relationship and, although my family and I don’t get all of the nuances, we have tried to be understanding. So as a compromise we said that her girlfriend could come, but we asked that everyone please refrain from any PDA in front of the kids. We were planning to just refer to the girlfriend as a friend of the family. My sister was not happy with this suggestion and is now, once again, saying that she will not go on the trip under these circumstances.”

She stressed that she loved her sister but was still conflicted about the whole thing.

“At this point, everyone else is exhausted with the subject and all for letting her exclude herself from the trip. I’m conflicted though. She’s my sister and I obviously love her. But I also think my other family members are trying their best in a touchy situation.”

Yeah, this is a tough one. On the one hand, the family seems pretty chill about the whole poly deal and bringing the GF along. Plus they only have to avoid PDA in front of the kids, and who wants to do that anyway?

On the other hand, being accommodating up to a point isn’t being fully accommodating. Personally, I think all PDA should be banned on family trips, but that’s just me. (The woman who originally posted followed up by saying there were no restrictions on other couples displaying affection.)

The folks on Reddit went back and forth but eventually the decree came down that this woman was NOT the assh*le.

“You are the parents,” another redditor wrote, “You understand your kids and decide what’s appropriate for their level of knowledge and maturity. Polyamory is still very unusual and could lead to your children misunderstanding regular adult relationships; for example, thinking that cheating is ok, or that men having a harem is ok.”

But not everyone agreed, some people thought the girlfriend was being excluded for being polyamorous, others suggested the kids wouldn’t be freaked out.