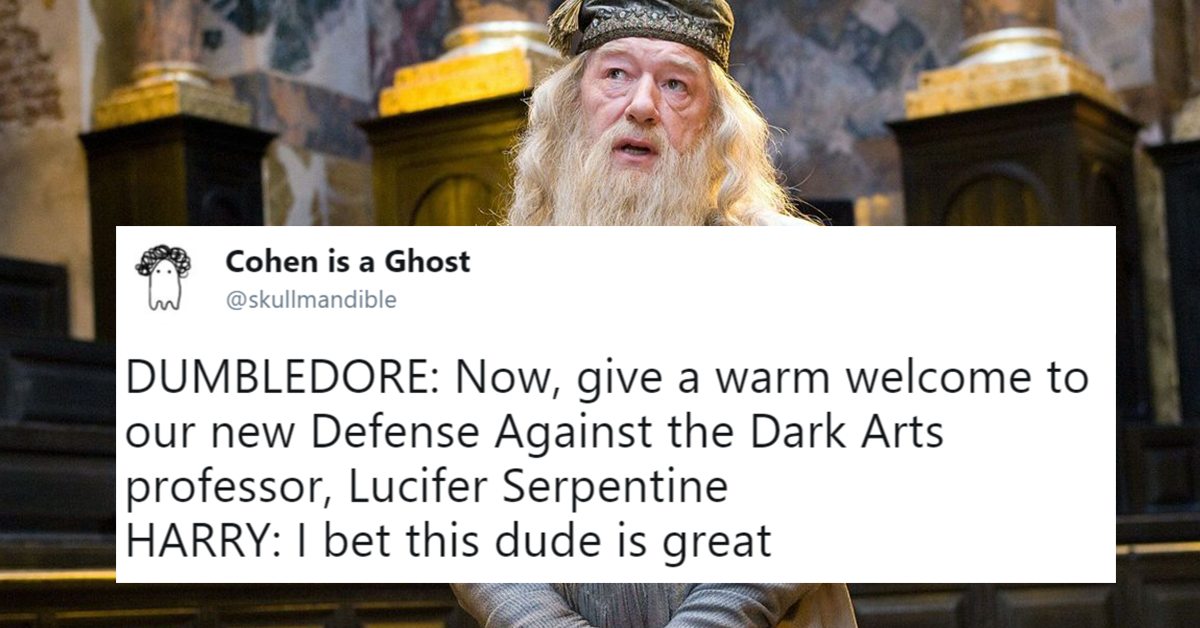 The world of Harry Potter is a wild and magical place which challenges us to be our best selves — however, as any true Potterhead will tell you, there’s also plenty to make fun of at Hogwarts. (Namely: Hufflepuffs.)

So, go ahead and indulge in your sassy side. These Harry Potter are jokes are so salty, they may just bring out your inner Slytherin:

Harry can defeat the dark lord but he can’t pick up a bit of bacon.

kylie jenner bought a house at 17??

harry potter saved the wizarding world and destroyed voldemort at 17

Nerds love Harry Potter because the school only has one sport and you don’t have to run.

Harry Potter wakes up in hospital. “Welcome back. You’ve been in a coma for 8 years” says the doctor. “You ran face first into a wall lmao”

White people : black people are doing too much. Wakanda doesn’t even exist.

Black people : Neither does Hogwarts.

Ever since the Harry Potter movies wrapped, life has been hard for the Sorting Hat pic.twitter.com/bL10iZhoTd

FOUNDER OF HOGWARTS: okay, so we all know there are four types of kid. brave, smart, evil and miscellaneous.
SCHOOL BOARD: yes, continue.

What do you call a Hufflepuff with two brain cells? Pregnant.

A white child is told he is special. Then he goes to private school. #ExplainAFilmPlotBadly pic.twitter.com/DcGBcEW4aj

My phone changed the word “horcruxes” to “hot dudes” like it wishes I were cool and popular and not an adult tweeting about Harry Potter.

DUMBLEDORE: Now, give a warm welcome to our new Defense Against the Dark Arts professor, Lucifer Serpentine
HARRY: I bet this dude is great

I look like Harry Potter if instead of going to wizard school, he just kept living under the stairs