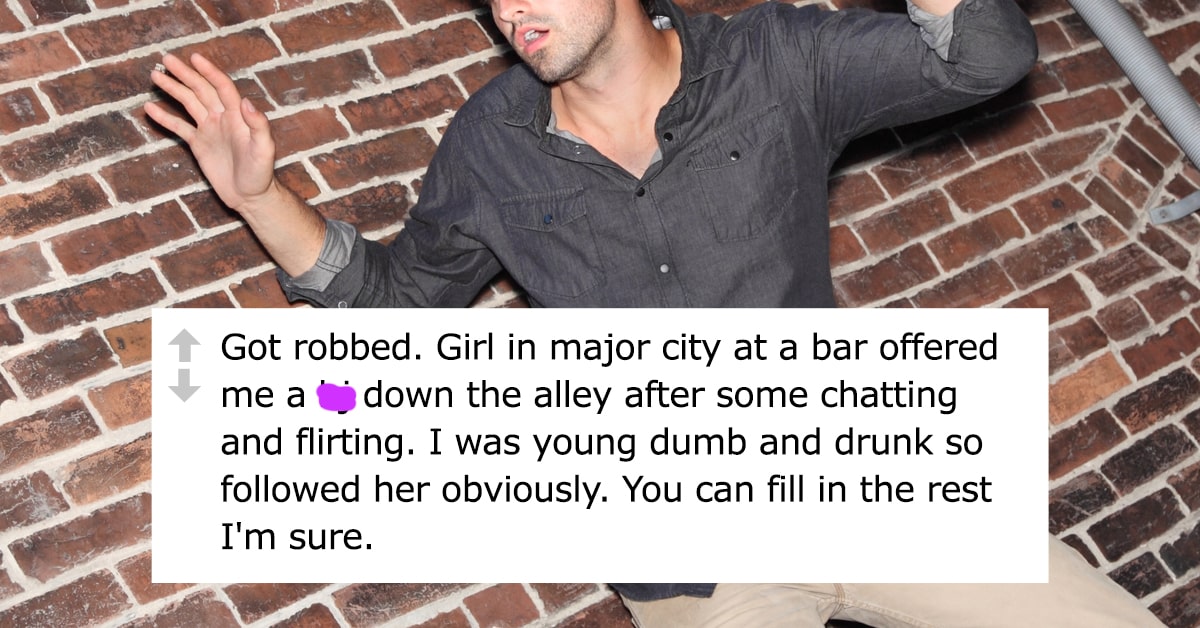 Well that sh—t has a ton of lye in it, and I spent 5 minutes or so rubbing it into my d*ck. Wasn’t until I was in bed an hour or so later, when the chemical burns started to flare, that I realized that I’d made a huge mistake. Took several days of searing pain until it healed. —I0I0I0I

Had sex with my girlfriend on a boat in the middle of the day. When I looked up there was a park ranger on a jet ski just sitting there like 20 feet away. No idea how long he was there.

Edit. For those asking it was in the middle of the lake. I did not get arrested or ticketed. The ranger didn’t even bring it up. I was given a warning for not having a paddle though which is pretty ridiculous given the size of the boat. —Myron896

I put a lot of liquid soap in a face towel, rolled it up, placed it in between my bedbox and mattress, and started humping it until I ejaculated. Unfortunately, it put a bunch of micro-scratches on the head of my penis. The very next morning, the head of my penis was lined with linear scabs. For the next week or so, my flaccid penis was fine, but every boner I popped hurt like hell because it would pull and tug on the scab and some would tear. Needless to say I only tried that one more time before stopping that practice forever. —Kurtisrayne

I once had sex with a girl on a park bench in the middle of the day, when I was a teenager and we got caught by the park warden guy, he told us to leave because he had seen what we where doing. To top it all off there was a couple having their wedding day pictures taken, not too far away so we may have been caught on camera too. —anthonylarby

Jerk off so many times in one day that I abraded about a 1/4″ slit in the shaft of my penis. —DarthContinent

Go to a drug store to buy an electric toothbrush and masterbate with it while driving home. —ks9836