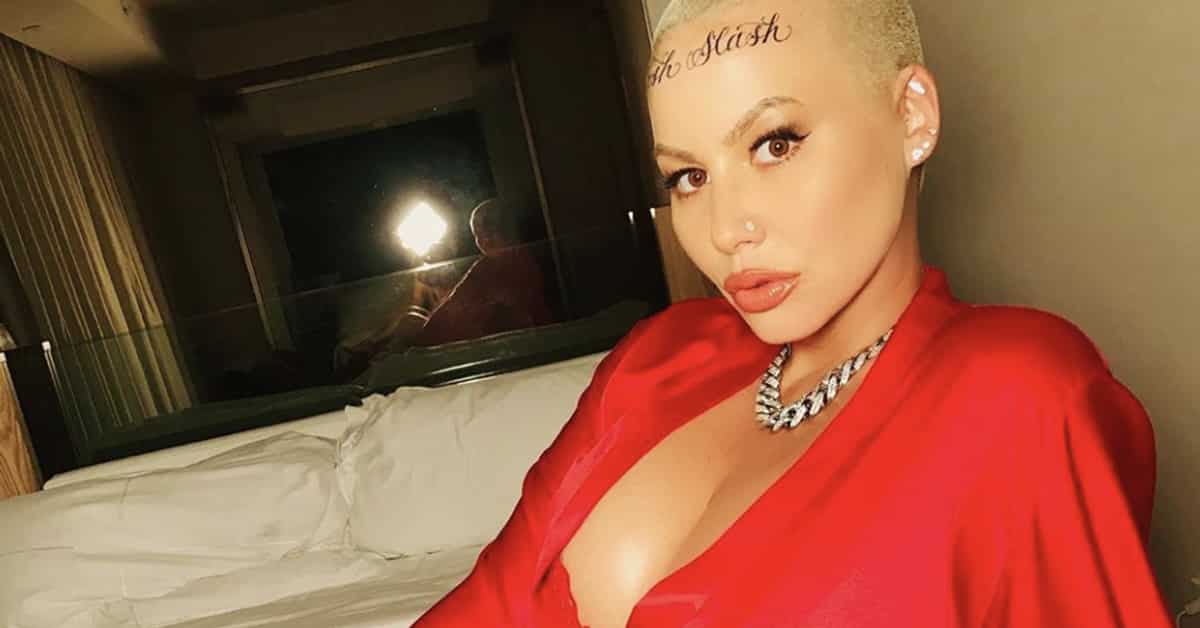 Amber Rose could rest on her laurels and never jump out to surprise us all again, but that’s not her style. She wants to show us all that she can’t be put in a box. And what surprises people? Getting an enormous face tattoo across your whole forehead, which is exactly what she did.

The tattoo is quite large and it reads Bash and Slash, for two sons, Sebastian Taylor Thomaz (nicknamed Bash) and four-month-old Slash Electric Alexander Edwards, according to Scary Mommy. Rose debuted her new ink on February 7th, during a shoe shopping YouTube video with CoolKicks. No one said anything about it in the video.

Honestly, I love that.

Pictures have been showing up on Amber Rose’s Instagram feed, and though this isn’t something I would ever do in a million years, she still looks amazingly gorgeous, she rocks those tattoos, and she clearly feels good about her look. So what is the problem?

Well, Amber Rose added another picture, this time of some text, writing, “For the people that are telling me I’m too pretty for a face tat are the same people that would tell me that I’m ‘too pretty’ even if They thought I was ugly and lie to me. So either way The moral of the story is do whatever the f*ck you want in life.”

A moral I can get behind. And Rose didn’t do her face tattoos alone. She was joined by her boyfriend and Slash’s father, Alexander “AE” Edwards, who got both the kid’s dates of birth, including his step-son.

Everyone has opinions despite Amber Rose clearly having no interest in their opinions:

People acting like Amber Rose & Chris Brown are going to be filling out job applications at your local Walmart. pic.twitter.com/zCyOXD5WWG

me when i log on twitter and see amber rose with a big ass tattoo on her forehead pic.twitter.com/X94dJM9kfs

Amber Rose should’ve gotten this tattoo on her forehead instead. pic.twitter.com/9n82JIrled

Amber Rose is trending because of that face tattoo, as if people don’t do this on the regular.

All jokes aside, yeah, she could have gotten her kids names on a better spot, but it’s her body, she can do whatever she pleases 🤯

I’m really trying to understand why Amber Rose got Bash and Slash tatted on her FOREHEAD , and just can’t . pic.twitter.com/7CNzkDD3sp

I must not like my kids as much as Amber Rose. I know their names. I named them. Ain’t no way I’m tatting their names on my damn FOREHEAD!🤦🏽‍♀️ pic.twitter.com/Strz1mrBo4

I know Amber Rose did NOT get that fuckin tattoo right smack dab in the middle of her forehead like that pic.twitter.com/ypYHeUersH

Amber Rose: Still surprising us after all these years.  Bless her beautiful forehead.