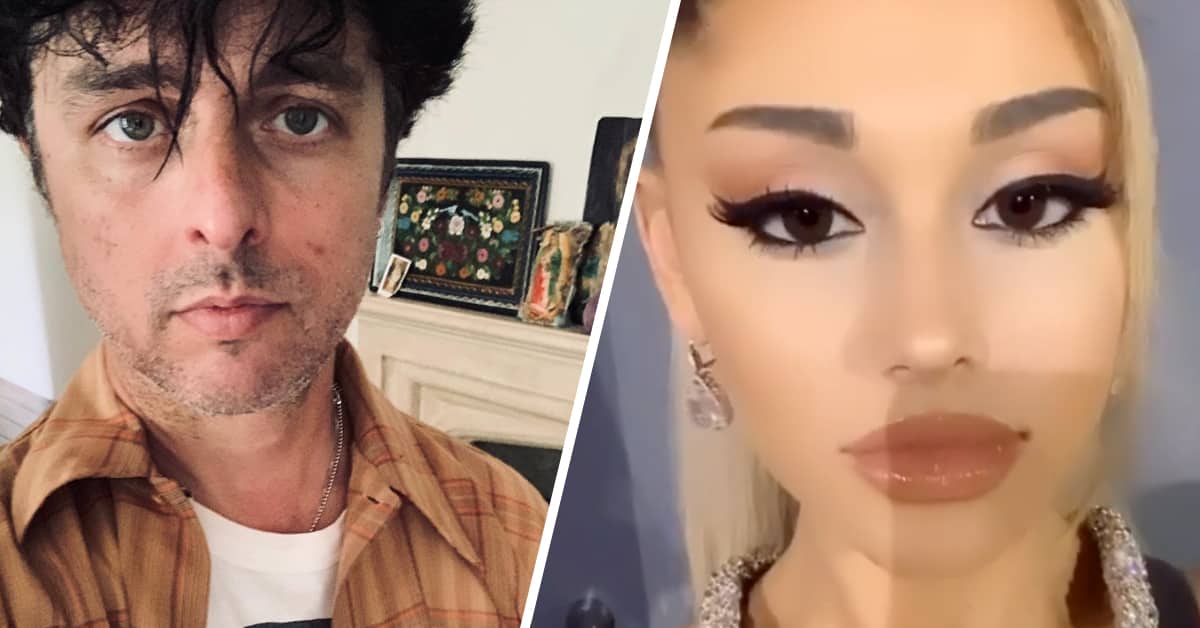 It’s 2020 and people still aren’t getting the message that putting someone else down isn’t a compliment to another person. It’s totally fine to like or not like different styles or genres or even specific artists, but those subjective opinions aren’t validated by yourself dislike of someone else. Not sure what I’m talking about? Well, there’s this USA Today interview with Green Day singer Billie Joe Armstrong as a perfect example.

If you don’t remember who I am talking about, here’s his picture:

Armstrong is still relevant in the world of music in the sense that Green Day is putting out a new album. That is their right. And they are promoting it, which means various members are giving interviews. It was recently the Grammys, and a young artist named Billie Eilish won a bunch of awards, along with her brother and collaborator Finneas O’Connell. Armstrong was on the cover of Rolling Stone with Eilish, and they’re both documented fans of each other’s music, as can be seen in this Rolling Stone clip:

So, it makes sense that the interviewer as USA Today asked about these recent music events to give Armstrong a chance to talk about current music. It went a weird direction:

Q: You appeared on the cover of “Rolling Stone” with Billie Eilish last year and have talked about going to her shows. How did you feel about her Grammys sweep last week?

Armstrong: It was great. I mean, I only heard about it – actually trying to watch the Grammys is pretty brutal, but I’m stoked for her and Finneas (O’Connell, her brother and producer). It’s insanely well-deserved. Their music is very real, and you can tell it all comes from them, which is what sets it apart from what other pop acts are doing. It’s not even comparable to think about what she does compared to someone like Ariana Grande. She’s the real deal.

What? Why are you dragging Ariana Grande into this equation? She has nothing to do with how good or bad Billie Eilish is and it seems like Armstrong just wanted to take a moment to bash one of the most popular artists of recent years. And people did not like it:

Not even that big of an Ariana fan, but this was a shitty move by Billie Joe… Why the need to compare two totally different artists, just because they’re both young women? https://t.co/ROZGymp6vH

Billie Eilish loves Ariana and I’m sure if he actually cared or liked enough Billie he would know that. She’s way too vocal about it for any of her fans not to know she looks up to Ariana, and I’m sure she wouldn’t appreciate Armstrong putting her down

I am disgusted. Billie said Ariana’s album inspired her to make music. When recieving her award, she said she thinks Ariana deserved it more. I’m sick of old, white, irrelevant men trying to compare and create rivarly between two talented women who love and respect each other https://t.co/6p4fL4BL3n

one on hand im obvi pissed that he would discredit aris work like that but also..this man must know that a statement like that will bring hate billies way.. can ppl stop using her work to discredit others?? leave her alone

And the two artists also love each other, so why even try to start sh*t?

ariana and billie collaborated, your 3rd saved meme is ur reaction. what is it? pic.twitter.com/DH505uWiEB

If Green Day wants to stay current, they should learn that these sorts of comparisons are so completely dated.