Kobe Bryant’s death has led to an outpouring of grief from people who knew him and people who never met him but whose lives he touched in some way or another.

It’s a tragedy that has resonated throughout the entire country, and beyond. And while there will always be controversial responses to the death of a public figure like Kobe Bryant, it’s particularly horrifying when those responses come in the form of someone crassly trying to capitalize on a tragedy.

A trend has gone around YouTube for a while in which YouTubers post videos in which they attempt to contact dead people, usually celebrities, because of clickbait. And while one might hope that people would have the decency not to immediately profit off Bryant’s death in this way, that was, of course, not the case. 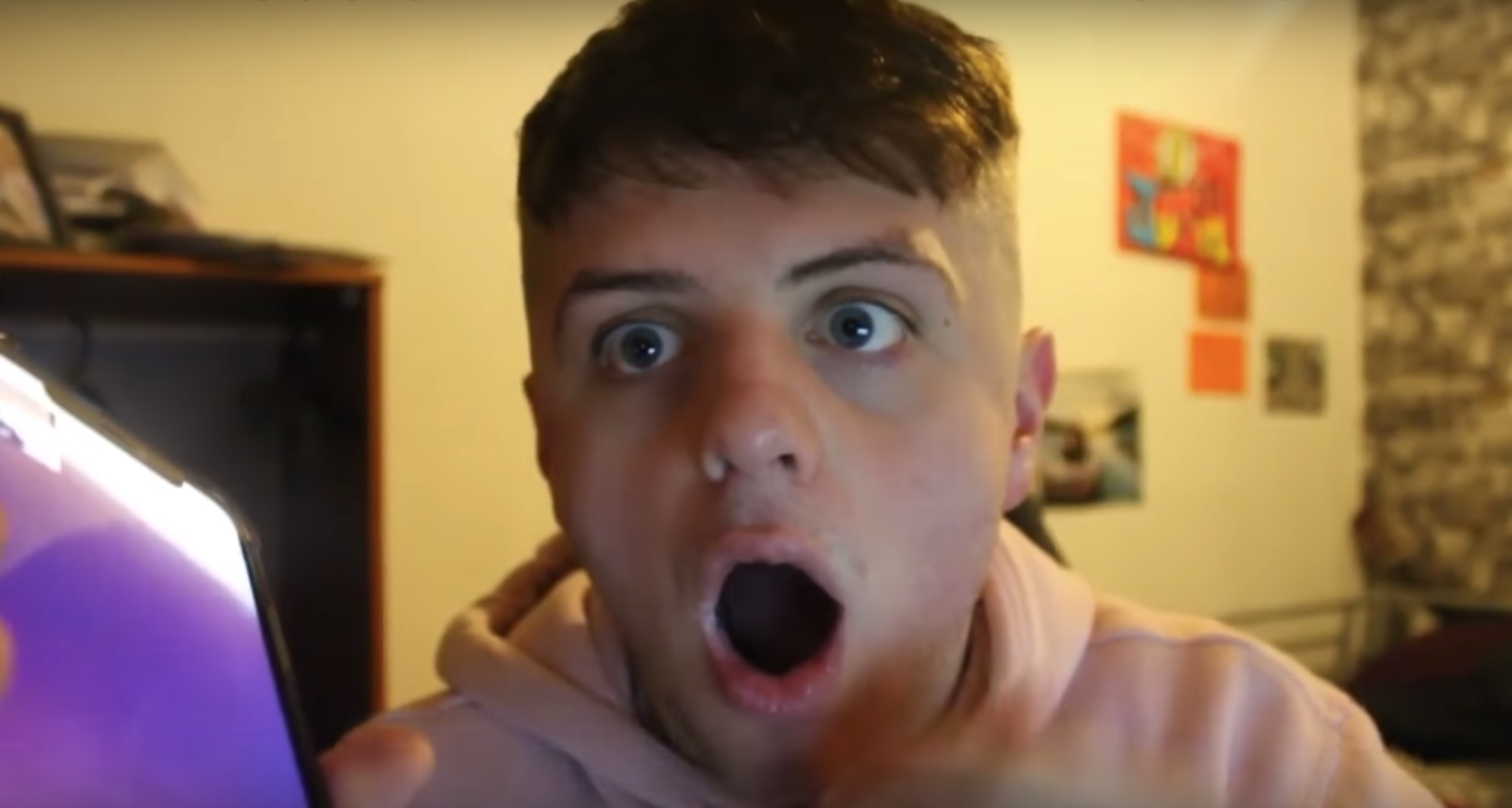 A YouTuber named Jolto uploaded a video claiming to have successfully called Bryant only hours after he died.

In a video titled “CALLING KOBE BRYANT AT 3 AM! *OMG HE ACTUALLY ANSWERED* (HES NOT DEAD),” Jolto, whose real name is Josh Giles, tells viewers that he found Bryant’s number on the dark web and started texting with him—and that Bryant responded. He also claimed he would leak the number if enough people commented. 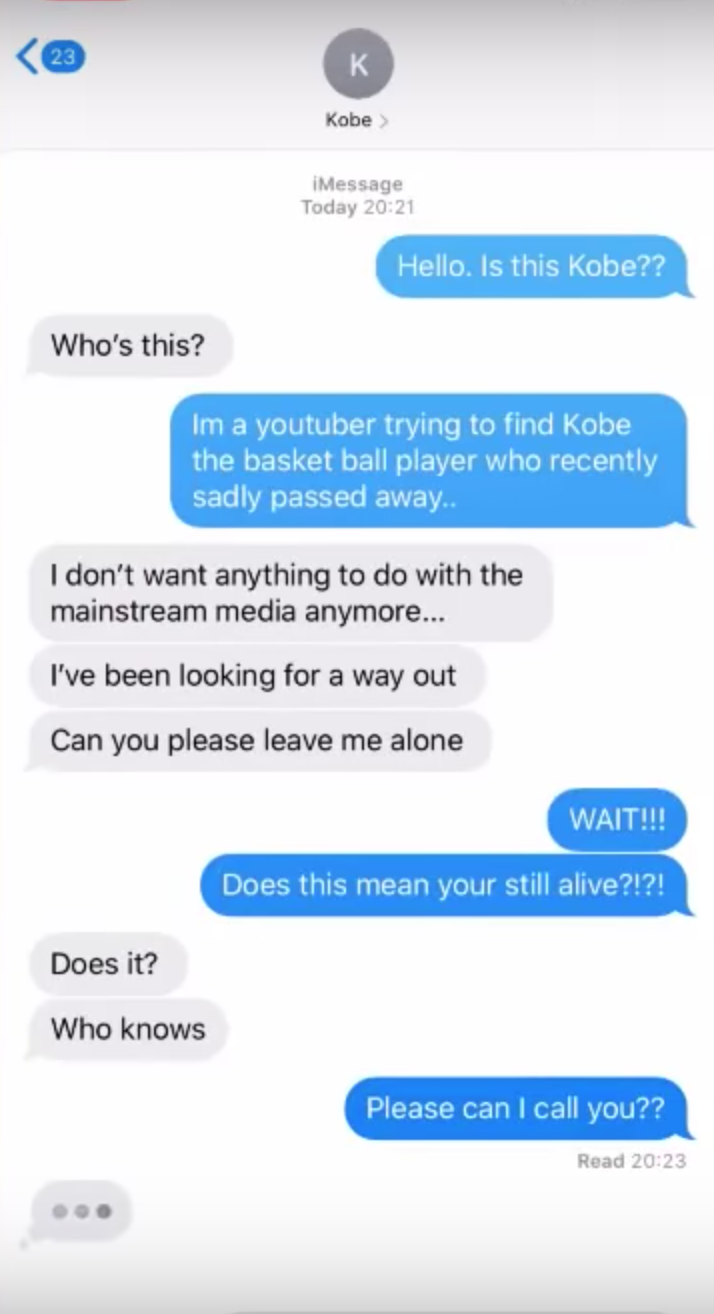 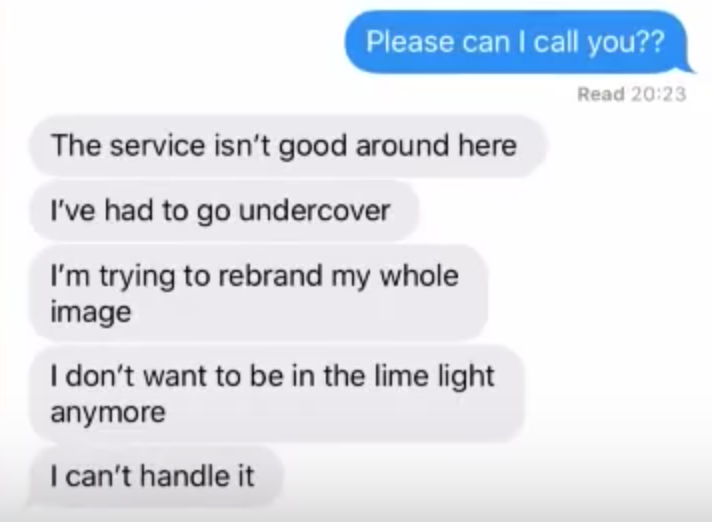 “I have been looking for hours guys, and I think I have managed to find Kobe’s number,” says Jolto. “This is so scary. I don’t know what’s gonna happen.” He fakes a text message conversation with Bryant in which the late NBA star “writes” that he “didn’t want anything to do with the mainstream media anymore” and was “looking for a way out.”

Jolto proceeds to fake a voice call with Bryant—”help me,” replies a distorted voice on the line, and “you should not have called,” before hanging up.

While this format is obviously a hoax that nobody would fall for, it can hardly be called harmless when it pokes at such an open wound for so many.

Some prick just faked calling Kobe Bryant for views. What an asshole, his youtube name was Jolto by the way. #RIPKobeandGianna pic.twitter.com/obZJSnkuob

This guy on youtube named jolto did a 3am call with Kobe. Obviously fake, this is not a ad, send him some hate please, he is disrespecting a legend in the most annoying way @RDBenji @cloakzy @FormaL @OMGItsBirdman @hutchinson @Symfuhny @Scrubby_69 @leafy @

Jolto is the name of this prick on youtube and I want everyone to know about him he genuinely made a video with 100s of tags with @kobebryant in it trying to “call him at 3am” this is sick and I hope this dickhead rots #RIPMamba #RIPKobeandGianna pic.twitter.com/cd9sgaQkHc

Jolto eventually deleted his entire channel after the backlash, but re-uploads have been shared several times, so the world can have a record of what an awful choice this was.

But he wasn’t the only YouTuber to make a video like this.

YouTuber ItsJack did basically the exact same thing, telling viewers that he had Bryant’s phone number and would share it if there was enough interest.

ItsJack received similar backlash, and made the video unlisted, though it’s still viewable through the original link.

This guy is absolutely terrible he posted a “calling kobe at 3 am challenge” vid and its completely terrible he got so much heat he took it down this is wat u get if morgz and jarvis fucked and had a kid that did jaystation content#youtube pic.twitter.com/4OvBlGkBmk

ItsJack is so lucky he deleted all his social media platforms before anyone could dox him. Lakers + Kobe fans are wouldve fucked him up if they found his address

The moral of the story? Don’t try to capitalize on someone’s death–celebrity or not. You’d think they would have learned this by now.