While John Cleese has become sadly conservative of late, he still retains enough of his wits to be amused by the ridiculous incompetence of Fox News. Fox has been struggling to keep up with the current climate, reporting on the Black Lives Matter protests across the country. They have had quite a few missteps, like interviewing people live on air who support the movement after assuming they would be as racist and stupid as themselves. Or blatantly photoshopping gunmen into photographs of CHAZ, an autonomous zone in Seattle that has been taken over by protestors.

And now they’ve publicly embarrassed themselves yet again while reporting on a story regarding CHAZ and the recent appointment of rapper Raz Simone as a leader of the area. Appointed might be a strong word—it seems like he has sort of fallen into place as the de facto leader of the area. Forbes interviewed Simone, and it seems like he is interested in police reform, not defunding, and is advocating for a more just world.

Fox News and other conservative media outlets have latched onto Simone and made him out to be a terrifying figure, even calling him a “warlord.”

And they’re also delighted by the idea of infighting in CHAZ. They breathlessly reported on a Reddit post that has since been deleted, in which someone appeared to be complaining about Simone, but which is actually from the Monty Python’s 1975 film Holy Grail. 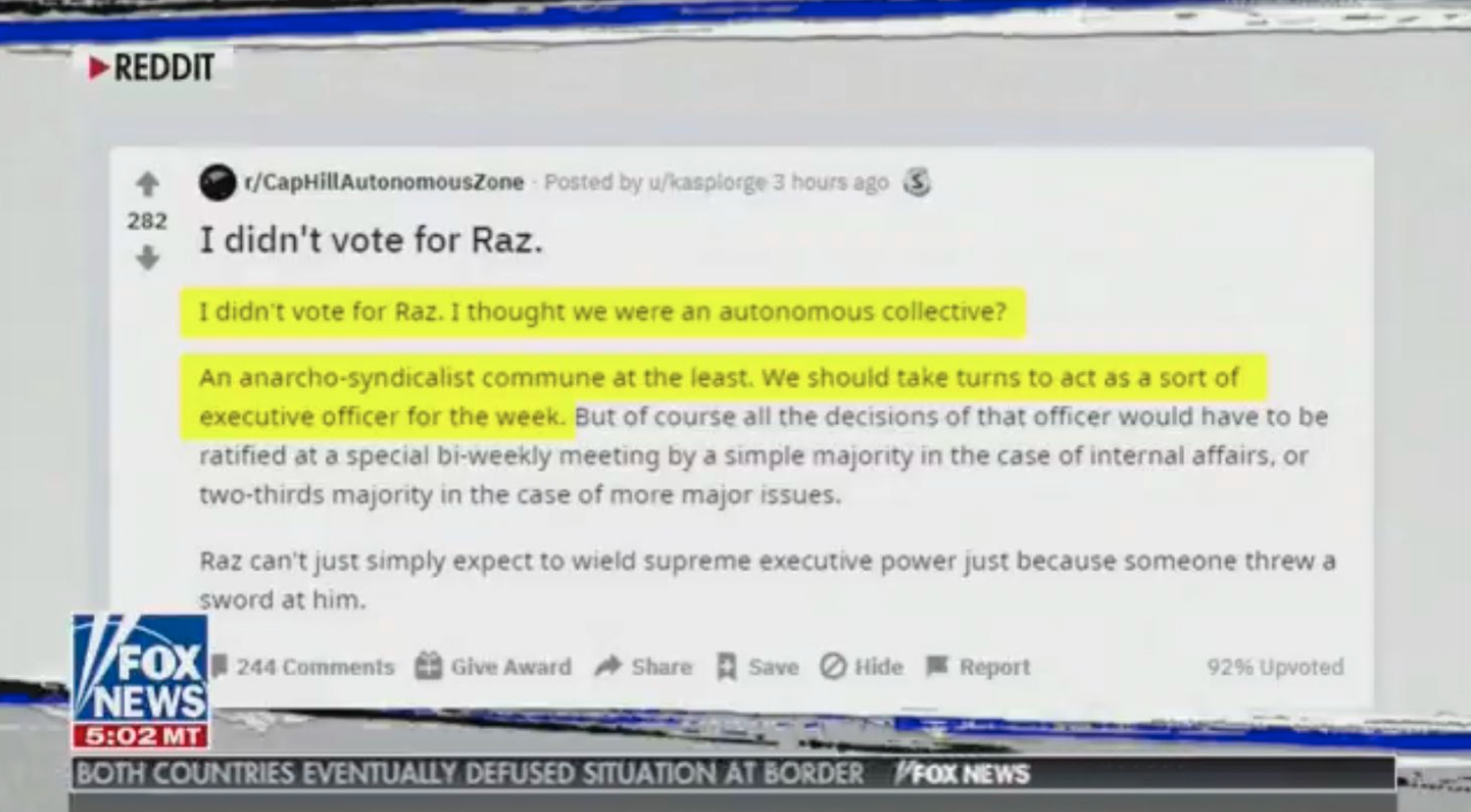 All over the comments under the Reddit post Fox read on air to say they were, “learning that there is infighting among some of the occupiers and some signs or rebellion against Raz Simone” make clear it’s a joke from Monty Python. pic.twitter.com/9z53oSCUc6

The post reads, “I thought we had an anonymous collective. An anarcho-syndicalist commune at the least, we should take it in turns to act as a sort of executive officer for the week.” 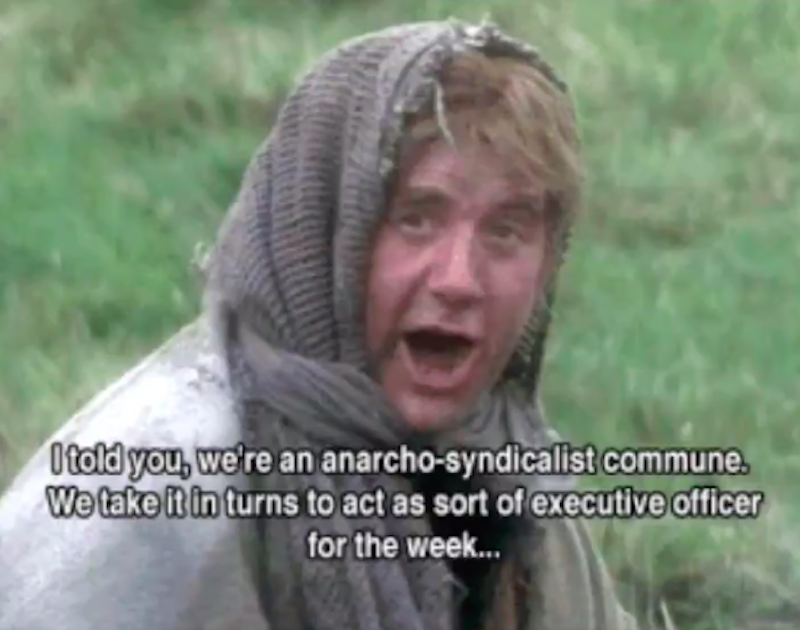 John Cleese saw the segment and tweeted about it, according to the Hollywood Reporter. He wrote, “BREAKING: No one @FoxNews has ever seen @montypython & The Holy Grail. #runit #goodjournalism #factchecking.“

BREAKING: No one @FoxNews has ever seen @montypython & The Holy Grail. 😂 #runit #goodjournalism #factchecking pic.twitter.com/46sKRh4qQi

He went in again later, tweeting a picture of himself in royal garments and writing, “BREAKING: After much in-house fighting amongst members of #CHAZ they have unanimously elected a strong and capable new leader. Please report @FoxNews And it should be noted he’s quite capable of walking down ramps and drinking water properly.”

BREAKING: After much in-house fighting amongst members of #CHAZ they have unanimously elected a strong and capable new leader. Please report @FoxNews And it should be noted he’s quite capable of walking down ramps and drinking water properly. pic.twitter.com/Z8DtJNgKmp

On the bright side, the Fox News audience has been introduced to the concept of an anarcho-syndicalist commune, and possibly to Monty Python. That might be a win.