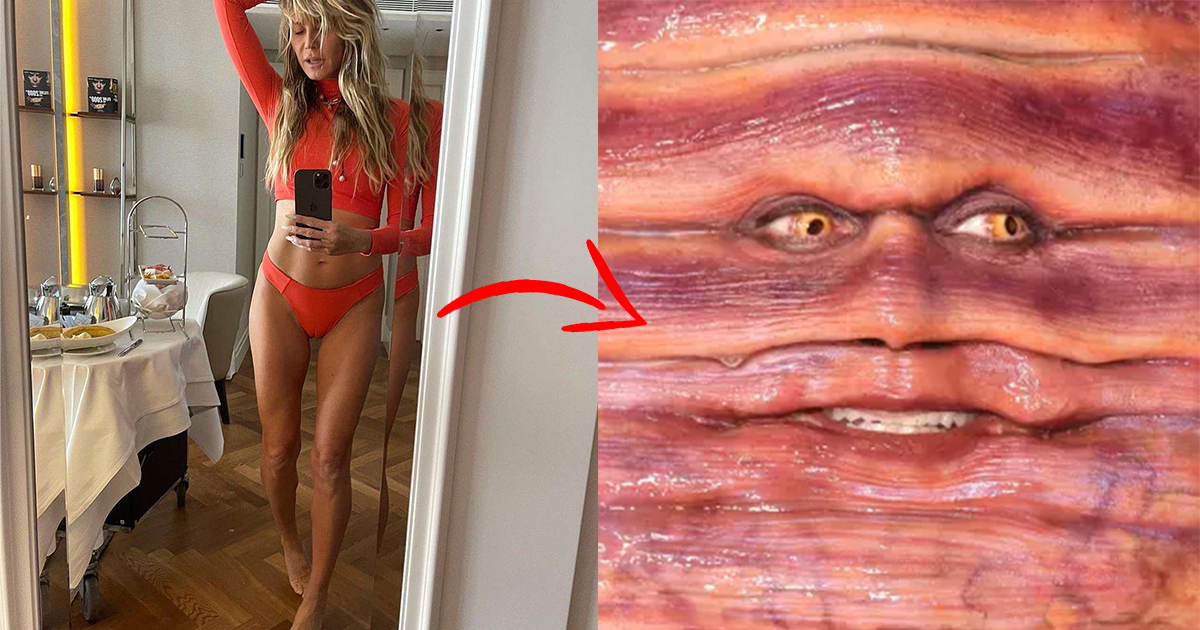 Heidi Klum is somewhat known for her creative Halloween costumes, and this year she went all out. You’d think that dressing up as a worm, yes, a worm, would be sort of lame, but not when Heidi Klum does it.

I’d go as far as saying it’s one of the best Halloween costumes in history. 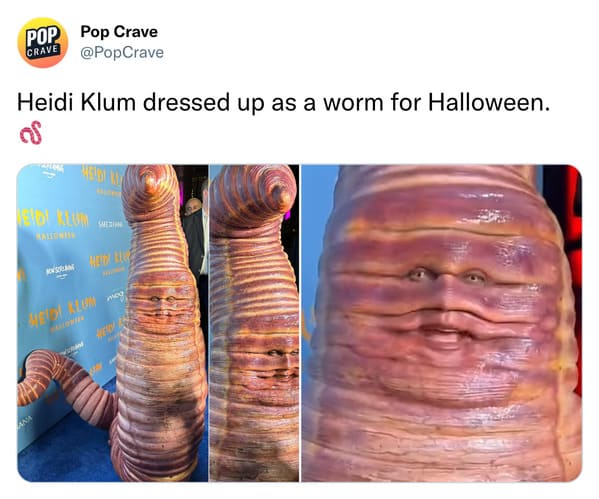 It’s somehow fascinating, yet bizarre at the same time. 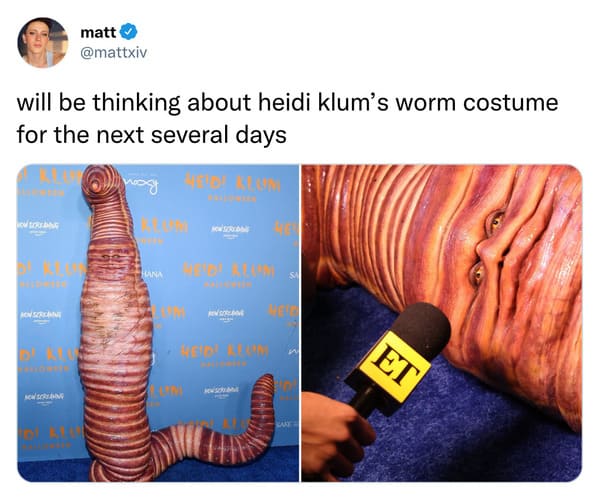 People are obsessed with Heidi’s Worm costume, as they should be.

The behind the scenes of Heidi Klum’s costume is amazing pic.twitter.com/K0V0p3eyPk

Here, she shares the INSPO behind the costume

Can’t wait to see what sh dresses as next year!